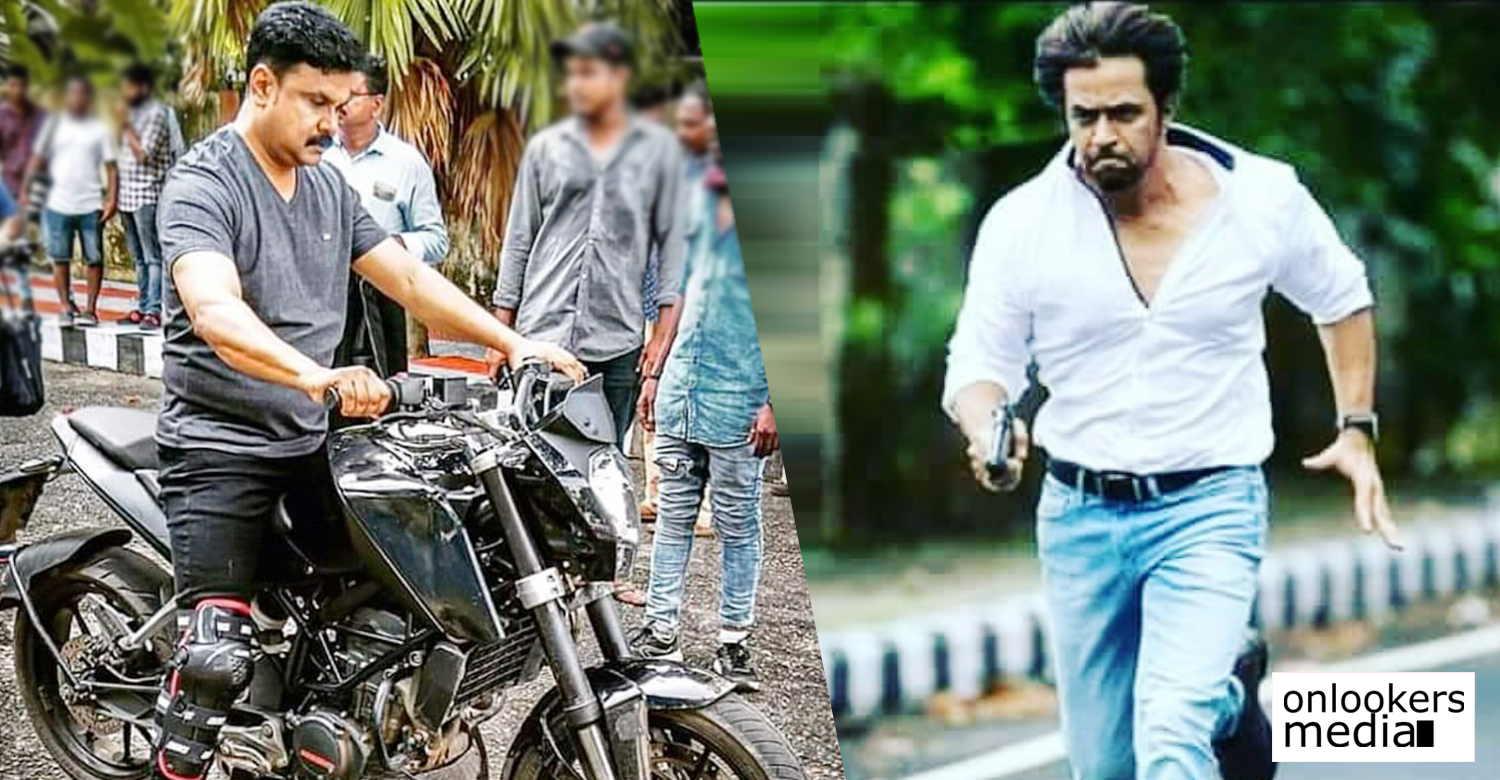 Shoot for Dileep’s upcoming movie ‘Jack Daniel’ is nearing completion. The movie directed by SL Puram Jayasurya of ‘Speed Track’ fame is shaping up as an action packed thriller. Along with Dileep, the movie also stars Arjun Sarja in prominent role. The two actors are coming together for the first time and that’s the movie’s biggest selling point. It will be interesting to them share screen space.

Reportedly, the movie has Dileep as a robber named Jack and Arjun playing a CBI officer named Daniel. It is a thrilling cat and mouse story and it has much prominence to action. The makers have hired the services of five action choreographers, which includes popular names like Peter Hein, Kanal Kannan, Mafia Sasi and Supreme Sundar. Some of the stills from the movie’s location also hint at a full-on action flick.

Anju Kurian of and ‘Njan Prakashan’ fame plays the female lead in the movie. Saiju Kurup, Devan, Innocent, Janaradhanan, Ashokan, Suraj Venjaramoodu and Aju Varghese are also part of the cast. The movie is being planned on a big scale with high production values. Cinematography is done by Sivakumar Vijayan, who has cranked camera for Tamil films like ‘NGK’, ‘Iraivi’ and ‘Irudhi Suttru’. Gopi Sunder handles the music department.