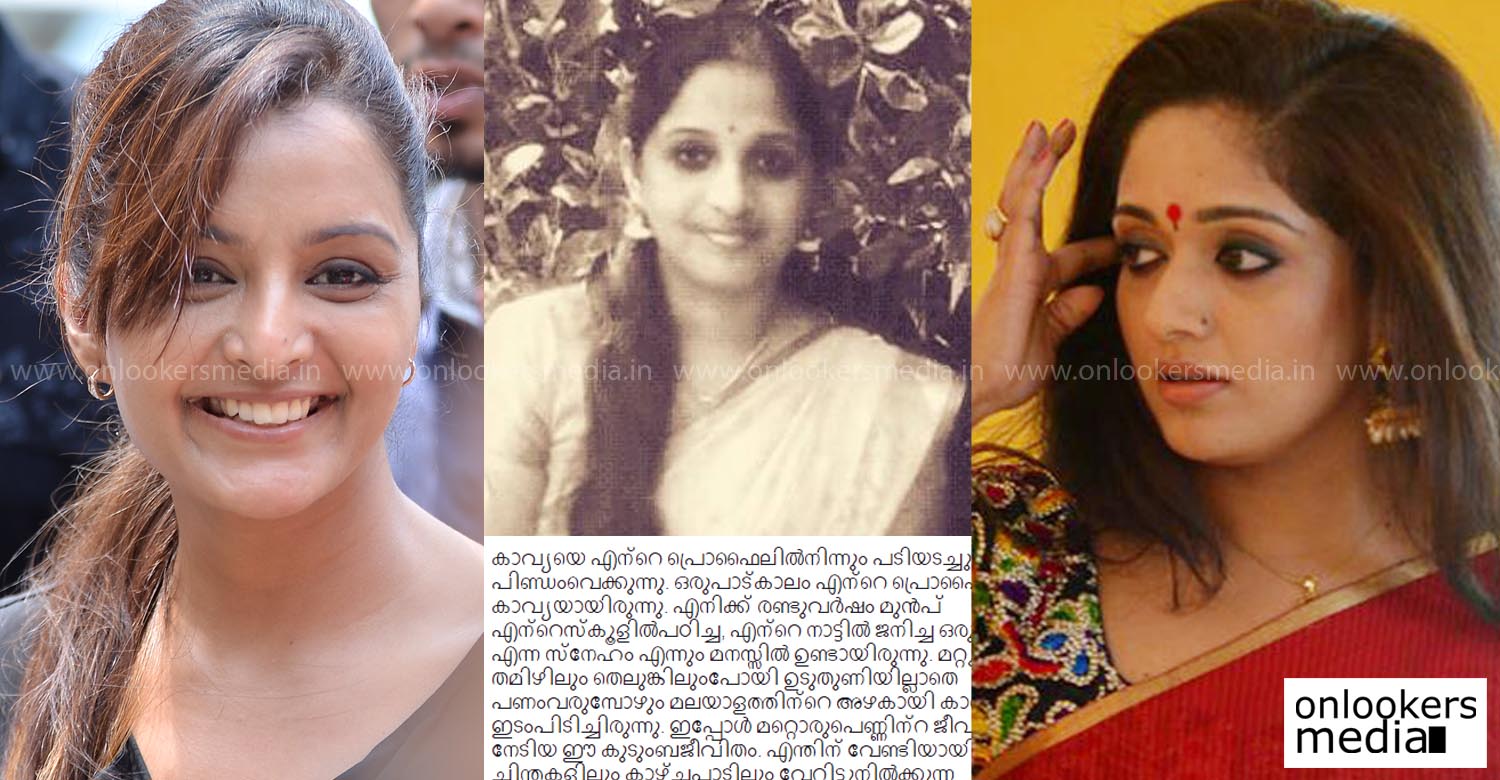 I am getting rid of Kavya Madhavan forever from my profile

Post the Dileep-Kavya wedding, social media is abuzz with a section supporting the couple’s decision while another section has been severely criticising both the actors for lying about their alleged secret relationship. Support has been flowing in for Dileep’s first wife, actress Manju Warrier in her social media page.

Now, a woman from Kavya Madhavan’s home town Neeleswaram has posted a status saying that she is getting rid of Kavya forever from her profile. She has written, “my profile picture had Kavya’s photo. I was very proud that a girl from my school and hometown is such a big star in the film industry. When many actresses foray into other industries and start exposing their bodies for glamorous roles, she stayed here and became the Malayali audience’s favourite. But now she has ruined another woman’s life. Maju Warrier is my role model who has a different set of thoughts and perspectives. Even in the defeat, her one smile is above all your achievements.” Dileep and Kavya Madhavan’s wedding has been the talk of the town for about a week now. Meanwhile, Dileep fans have also criticized Manju Warrier for bringing personal life to public light through social media. She had shared a post about Cuban President Fidel Castro, after his death a few days back.

Though the post was about the legendary revolutionary leader, it was indirectly intended at Dileep and Kavya Madhavan’s wedding. Manju also edited the post after she had written that Fidel Castro’s book My Life inspired her to stay strong from childhood. But the book was launched only in 2006, after releasing her mistake she edited the post.

Sources inform that Dileep will soon respond to all the criticism he has been receiving after his marriage with Kavya Madhavan.