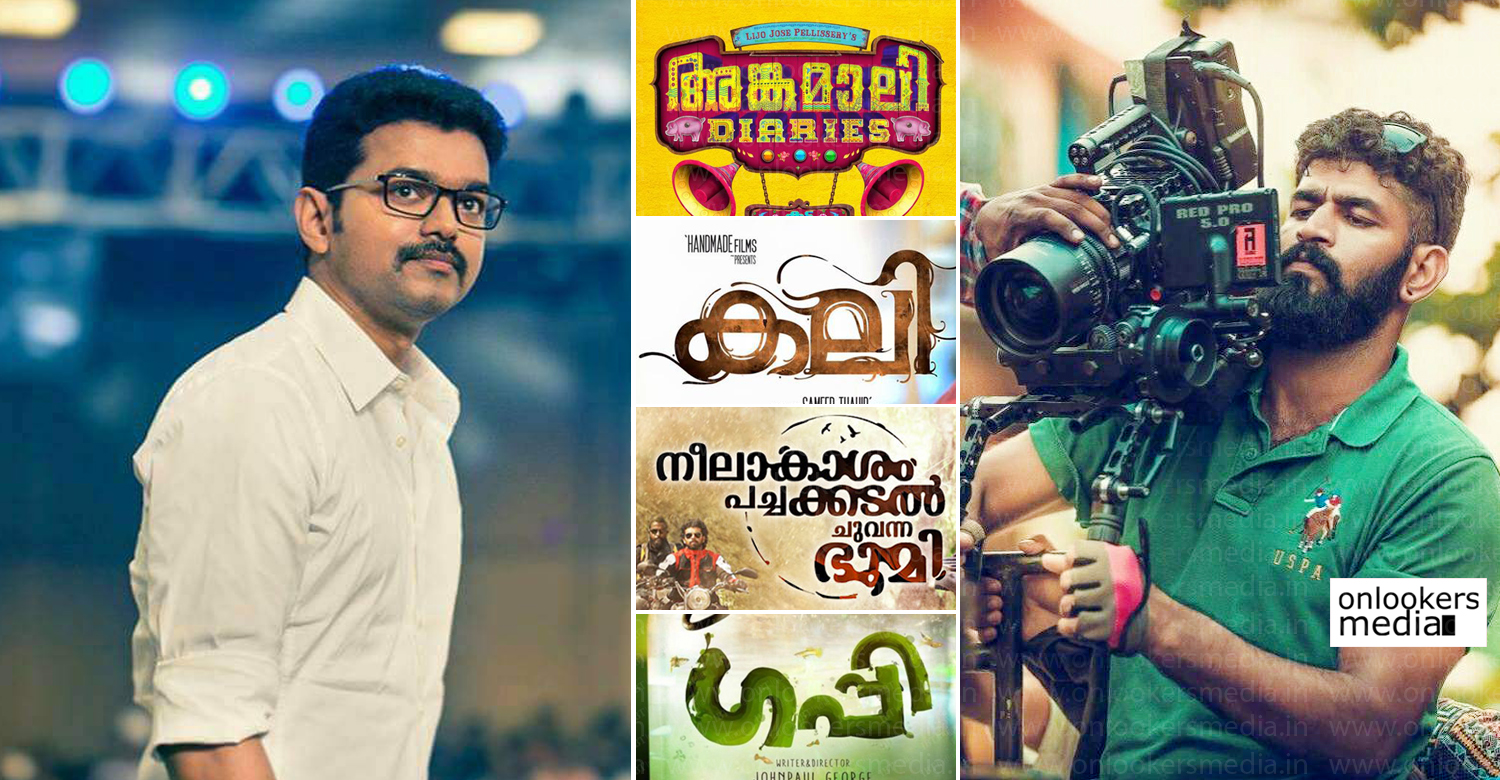 Girish Gangadharan, the DOP of films like Angamaly Diaries and Guppy, roped in for Vijay’s next film!

It is already known that Vijay’s next film after Mersal is with ace filmmaker AR Murugadoss. The director is currently busy with the final stages of scripting. As per latest reports, the highly talented Malayali cinematographer Girish Gangadharan has been roped in to crank camera in this upcoming biggie.

Girish is known for his stellar works in films like Neelakasham Pachakadal Chuvanna Bhoomi, Guppy, Kali, Angamaly Diaries and more recently in Solo (Rudra and Trilok portions). Last year, he won a special mention in the Kerala State Awarda for his brilliant work in the widely acclaimed movie, Guppy.

Vijay and Murugadoss are teaming up for the third time after the Kaththi and Thupakki. Both the films were huge blockbusters and entered the elite 100 crore club of Kollywood. Naturally, their upcoming movie has high expectations among the critics as well as the common audience.

In a recent interview, AR Murugadoss had revealed that the his next outing with Vijay will be an unusual project. The movie will be high on emotions and is focusing on showcasing Vijay as a performer. He assured that he will be showing the star in an all new dimension.

There are unconfirmed reports about Sun Pictures backing this film. Young sensation Anirudh Ravichander is rumoured be to composing for Vijay 62. His music was one of the major selling points in Vijay-ARM team’s last outing Kaththi. The makers planning to start shoot by January next year.

An official announcement about the film with details about the cast and crew members is expected to be made very soon.