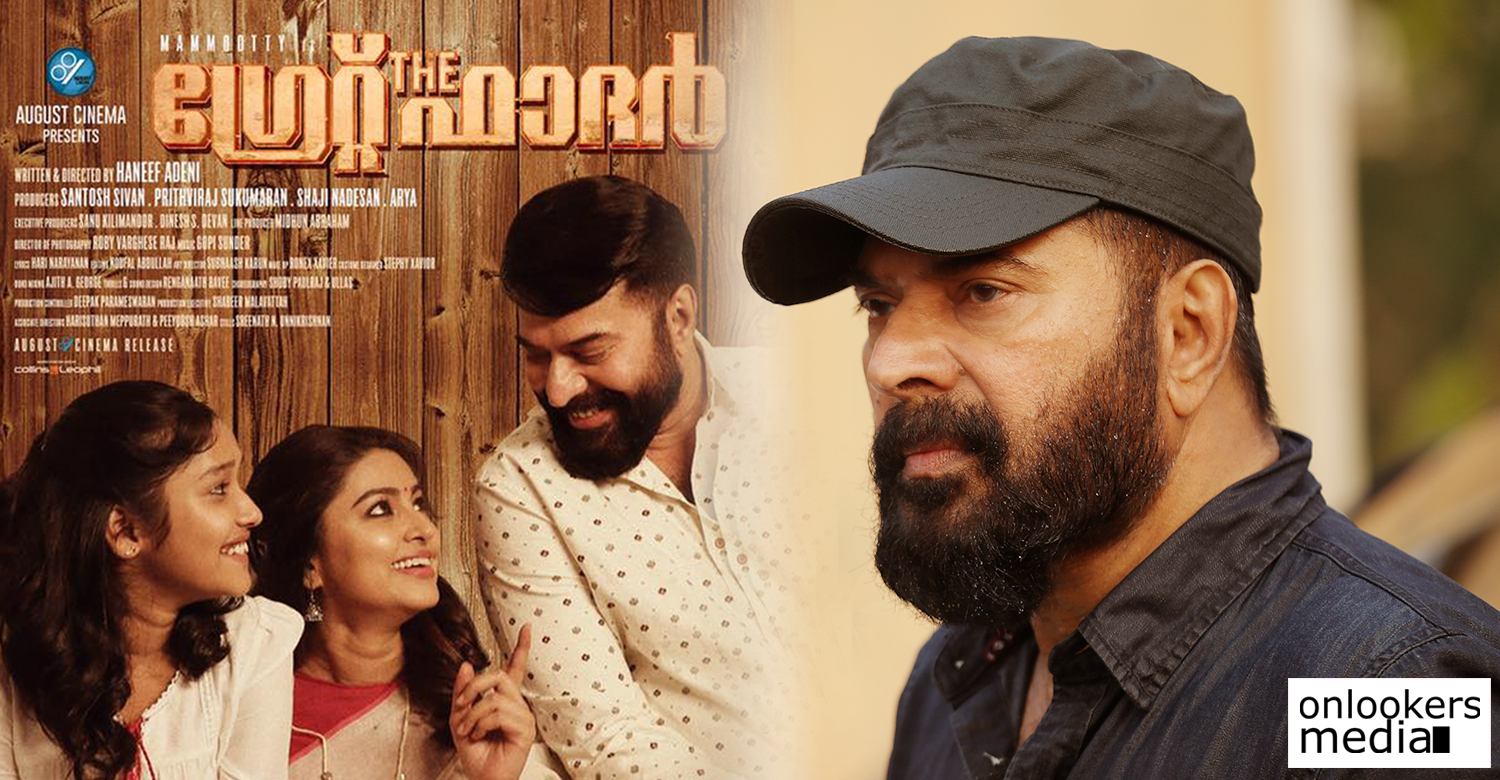 Glad that The Great Father has become such a big success: Mammootty

Mammootty’s latest release The Great Father continues to do decent business in all the release centres even during the week days. The movie, directed by debutant Haneef Adeni opened to huge numbers in the box office.

According to reports from the producers August Cinemas, The Great Father has raked in Rs 4.31 crores on the opening day and has grossed Rs 20 crores in a record time. The movie has surpassed the figures set by Rajinikanth’s Kabali and Mohanlal’s Pulimurugan.

Mammootty was live on Facebook recently to express his happiness and gratitude towards the audience for the success of The Great Father. In the video, Mammootty is accompanied by producers Arya and Shaji Nadeshan, who along with Prithviraj Sukumaran and Santhosh Sivan had funded the movie under their banner August Cinemas.

Arya, who played the role of police officer Andrews Eapen, a very pivotal character in the movie said that it was a great experience working with Mammootty. He learnt a lot from Mammootty in terms of maintaining the fitness and his dedication to the craft.

Arya talked about how all his friends kept asking about working with Mammootty. There is general perception about the actor being a very tough and arrogant person. But Arya said that Mammootty is a very easy going person from whom he learnt many things. Shaji Nadeshan too asserted that it is a misconception people have about Mammootty.

Shaji Nadeshan said that though the movie had an universal storyline, it was made on a small budget. He expressed his happiness in producing one of the biggest successes of Mammootty’s career.

The Great Father is a revenge thriller in which Mammootty played the role of David Ninan. Sneha, Baby Anikha, Shaam, Mia George and Malavika Mohanan have also essayed important characters.