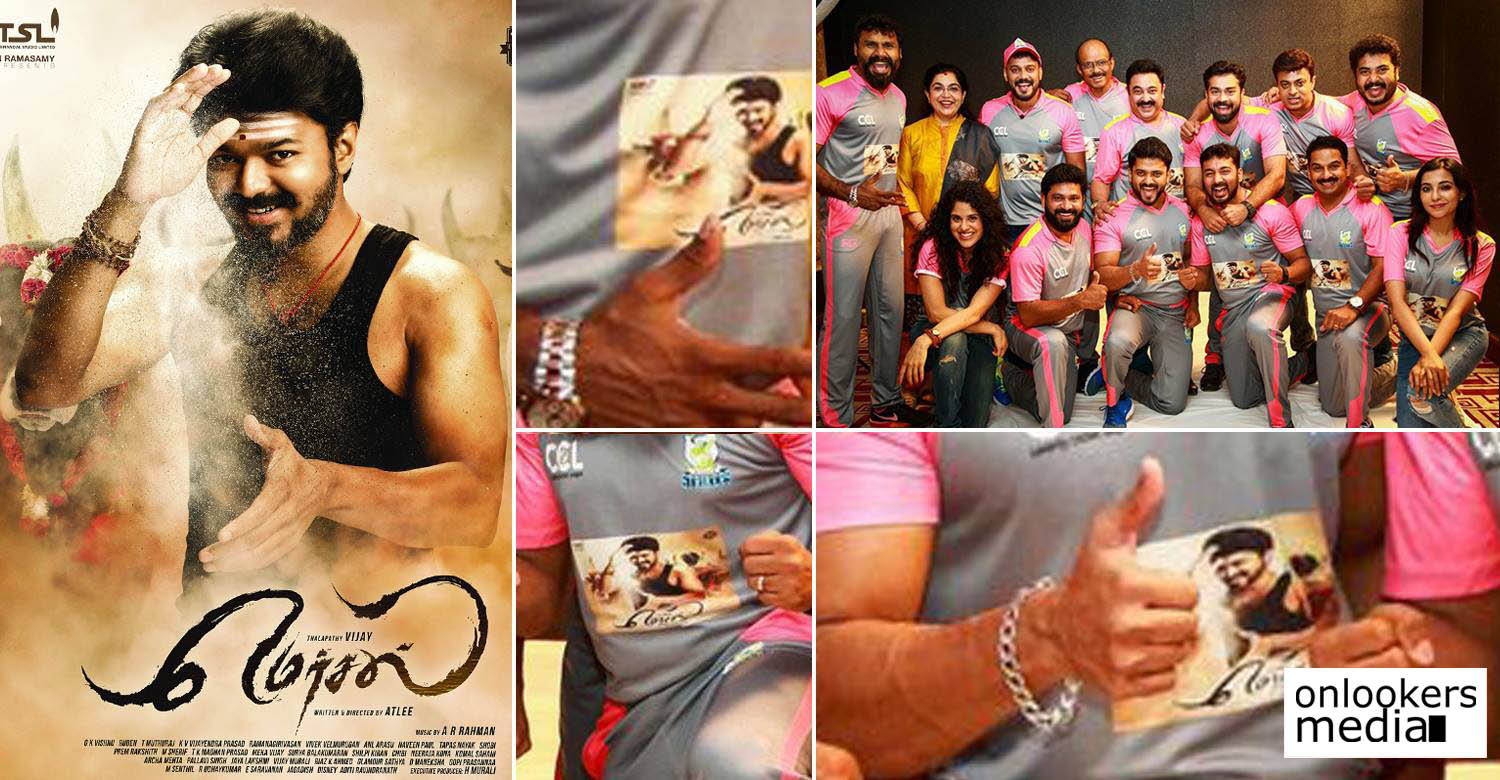 Tamil star Vijay’s Mersal is one of the most awaited releases of the season. We are hardly a week after the movie’s release and the excitement is there to be seen among the fans. The makers are doing widespread promotions to ensure a record opening for the movie. The Kerala distribution rights of Mersal were bagged by market leaders Global United Media for a whopping amount.

Global United Media (GUM) is known for their innovative promotions and this time with Mersal also they are not leaving any stone unturned. Mersal’s poster has been imprinted on the jerseys of Mollywood’s celebrity cricket league Kerala Strikers team. The new team and jersey for this year’s league was launched last day in Goa. Mersal’s first look poster has been printed on all the jerseys which is indeed an exceptional promotional strategy.

Global United Media has backed some quality films. They have produced films like Kammatipadam and Lord Livingstone besides distributing movies like Baahubali, Thoongavanam, The Jungle Book etc. With Mersal they will be looking forward to reap huge profits from the Kerala box office. And their extensive promotions seem to be on the right track for achieving that.

Mersal marks Vijay’s reunion with director Atlee after the blockbuster Theri. The actor plays a triple role for the first time in his career which further adds up to the expecations. Samantha, Kajal Agarwal and Nithya Menen play the three female leads.

The movie is being planned to be released on a massive scale in over 3200 screens worldwide which includes 800 screens in Malaysia alone. In Kerala, Global United Media will be eyeing to grab close to 400 screens. With the tremendous pre-release buzz, this Vijay starrer has the potential to break the opening day collection record in Kerala, which is currently held by Baahubali 2: The Conclusion.