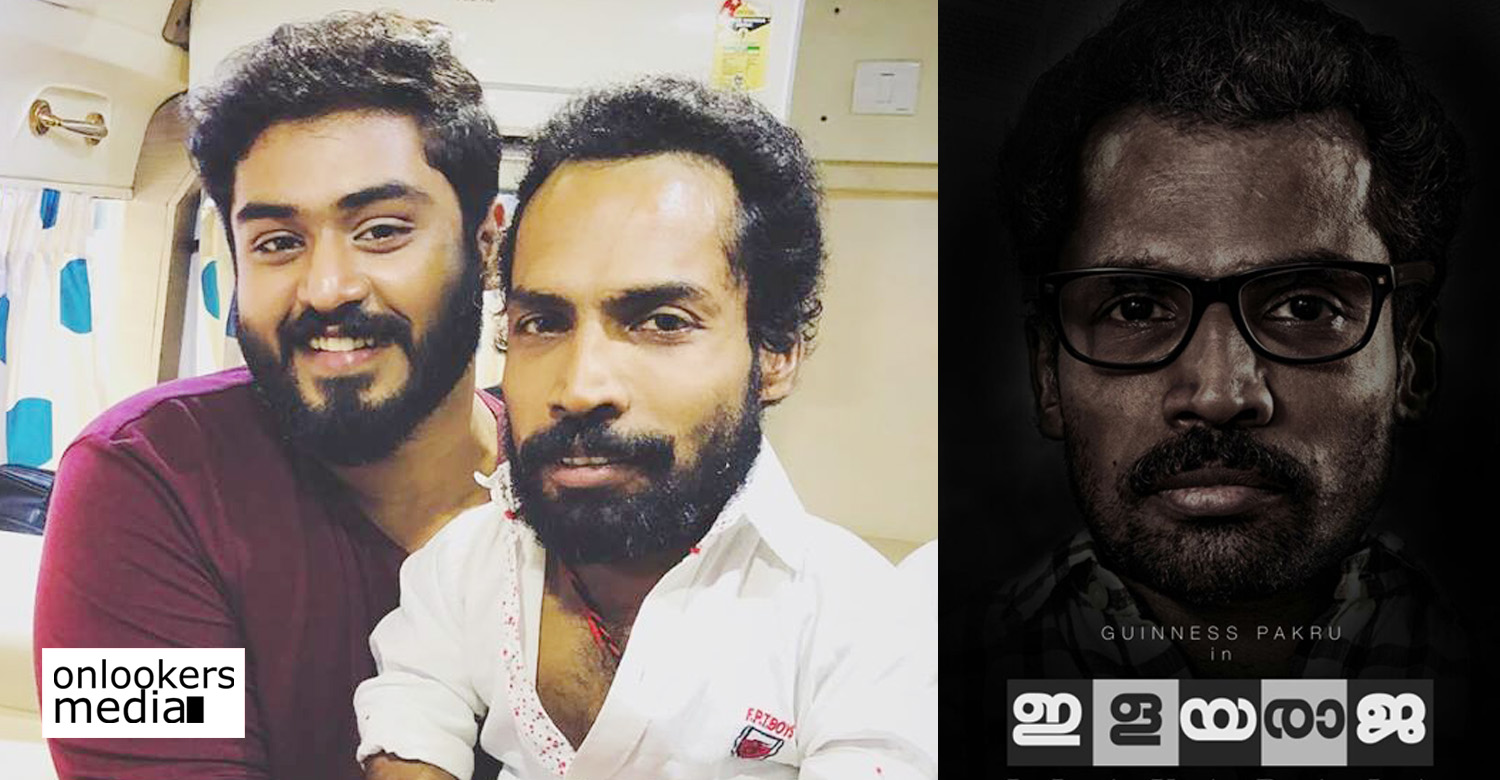 As we had reported earlier, director Madhav Ramdasan is making a comeback after a four-year-long gap with a movie titled ‘Ilayaraja’. Ajay Kumar, popularly known as Guinness Pakru is playing the lead role in the movie. Movie Musical Cutz is presenting the movie, shoot for which is currently progressing in Trissur.

Actor Suresh Gopi’s son Gokul Suresh is also said to be a part of the movie. He had recently shared a few photos taken with Guinness Pakru in his official social media handle. A confirmation from the makers side about Gokul Suresh’s casting is still being awaited. Gokul was last seen in debutant Saju’s Ira. His role in Mammootty’s Masterpiece, which wqs released last year, was also noted.

Ilayaraja looks like a very interesting film. Madhav Ramdasan has previously directed two movies – Melvilasom and Apothecary. Both the movies were widely acclaimed with Melvilasom even getting selected for screening at the prestigious Busan International Film Festival. His film Apothecary starring Suresh Gopi, Jayasurya and Abhirami was also a critical success. The movie won a Special Jury Mention at the 45th Kerala State Film Awards for actor Indrans and producer George Mathew.

When Madhav Ramdasan makes a comeback after four years with Ilayaraja, cinephiles are hoping to see another quality film from him. Guinness Pakru is a highly talented actor as we have seen from his performances in movies like My Big Father and Athbhutha Dweepu. Since Madhav Ramdasan is well known for extracting the best out of his actors, we can expect to see a good performance from Pakru.

Ilayaraja’s story is penned by the director himself while screenplay and dialogues are penned by Sudeep T George. Pappinu is cranking the camera and edits will be handled by Sreenivas Krishna. Ratheesh Vegha has been signed as the music director.

Thalapathy 62: Watch out for Vijay’s most stylish avatar till date!
Sonam Kapoor excited about working with Dulquer Salmaan in Zoya Factor
To Top