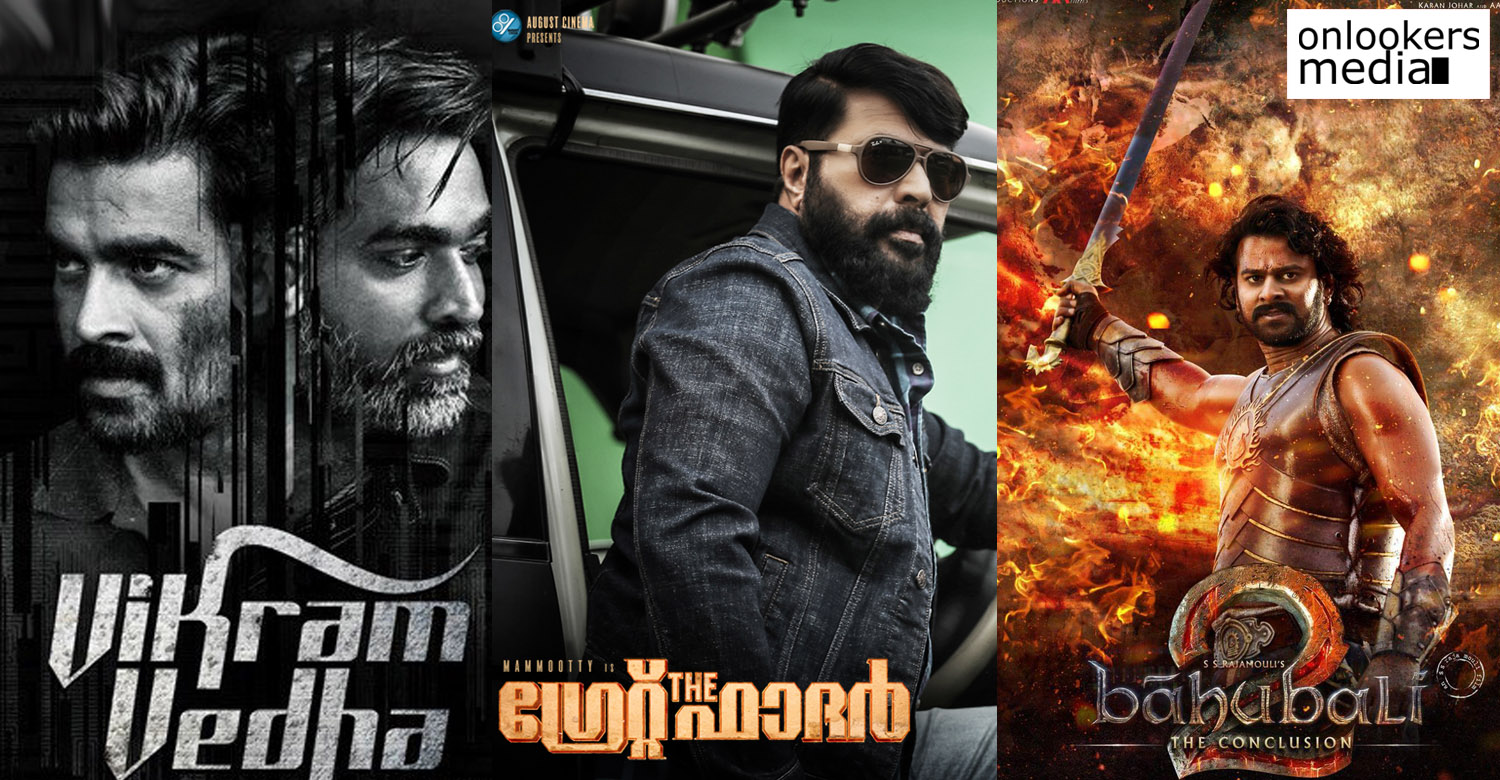 Internet Movies Database or IMDB is a trusted website used by millions of cinephiles across the globe. The website gives access to movie reviews, ratings and details regarding any movie’s cast and crew. Every year, the IMDB publish top 10 list of films based on the user ratings and this year’s list was released last day.

The list is headed by Tamil film Vikram Vedha followed by SS Rajamouli’s epic film Baahubali 2: The Conclusion. Megastar Mammootty’s The Great Father (TGF) is the only Malayalam movie in this list which is dominated by regional films.

Written and directed by debutant Haneef Adeni, TGF told a revenge story. Upon its release in March, the movie found critical acclaim and was lapped up by the common audience as well. The movie went on to become Mammootty’s biggest blockbuster till date. TGF holds the 10th position in IMDB’s list.

Massive opening for Velaikkaran!
Rajinikanth highly impressed by Velaikkaran; congratulates the team for their success!
To Top