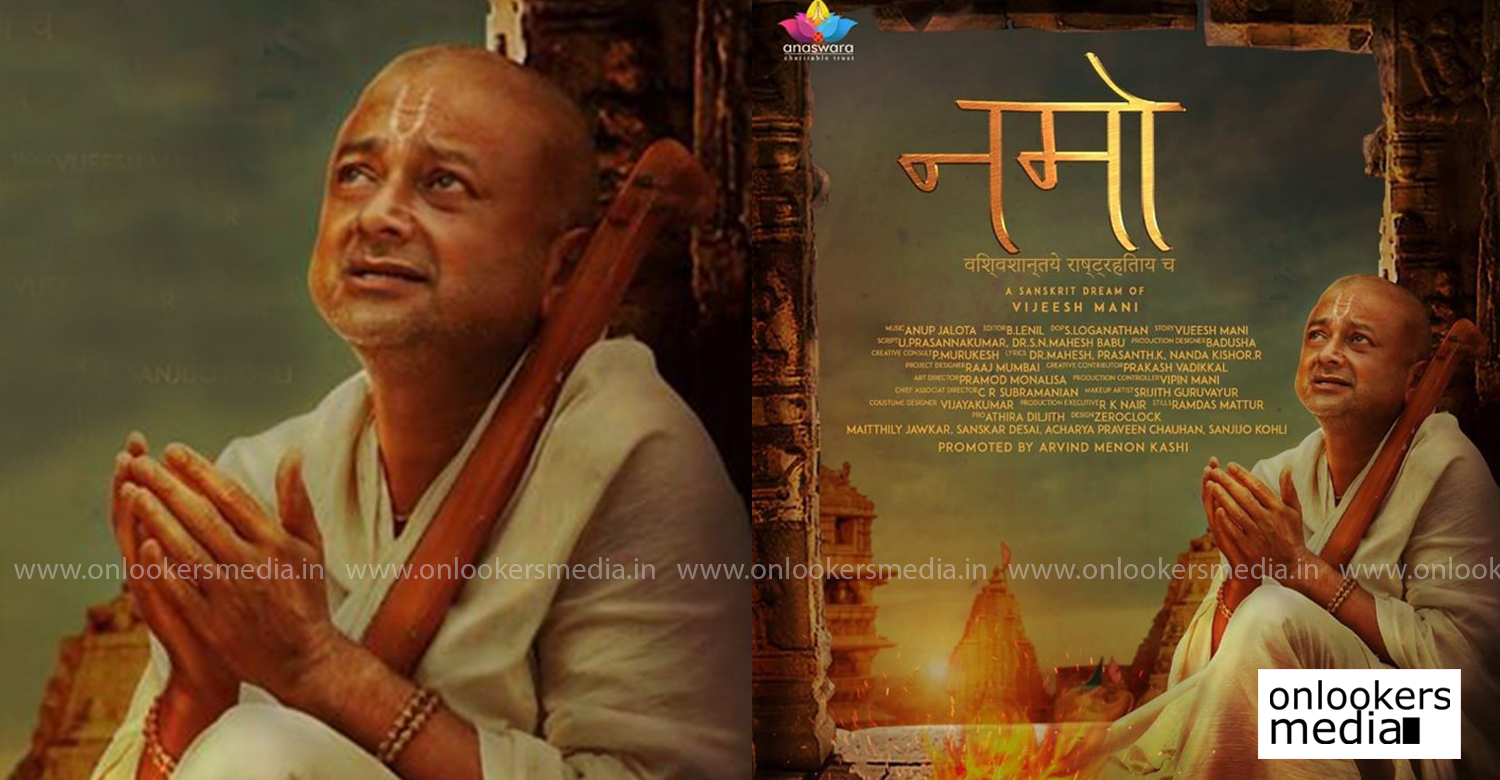 We had recently reported about Jayaram starring in a Sanskrit film named ‘Namo’. First look of the film was released last day by Manju Warrier through their social media handle. Jayaram has undergone a major physical transformation for this film. He has shaved his head completely besides losing around 20 kgs of weight.

‘Namo’ is directed by Vijeesh Mani, who is best known for his film ‘Vishwaguru’ that was made and released in just 51 hours and 2 minutes. He had created a new Guinness World Record with that film. The director had also made another film named ‘Netaji’ in Irula language with producer Gokulam Gopalan as the lead actor. The film also won a Guinness award, this time for being the first tribal language film. Vijeesh Mani’s new Sanskrit film ‘Namo’ is based on the friendship between Lord Krishna and Kuchela or Sudama. Jayaram is playing the role of Kuchelan in it. Sarkar Desai, Mythili Javedkar, Raj and many other actors from across the country are part of the cast. Padma Shri award winner Anup Jalota, popularly known as the ‘Bhajan Samraat’ is composing music for the film. Six time National award winner B Lenil is the editor and S Lokanathan is handling the cinematography.