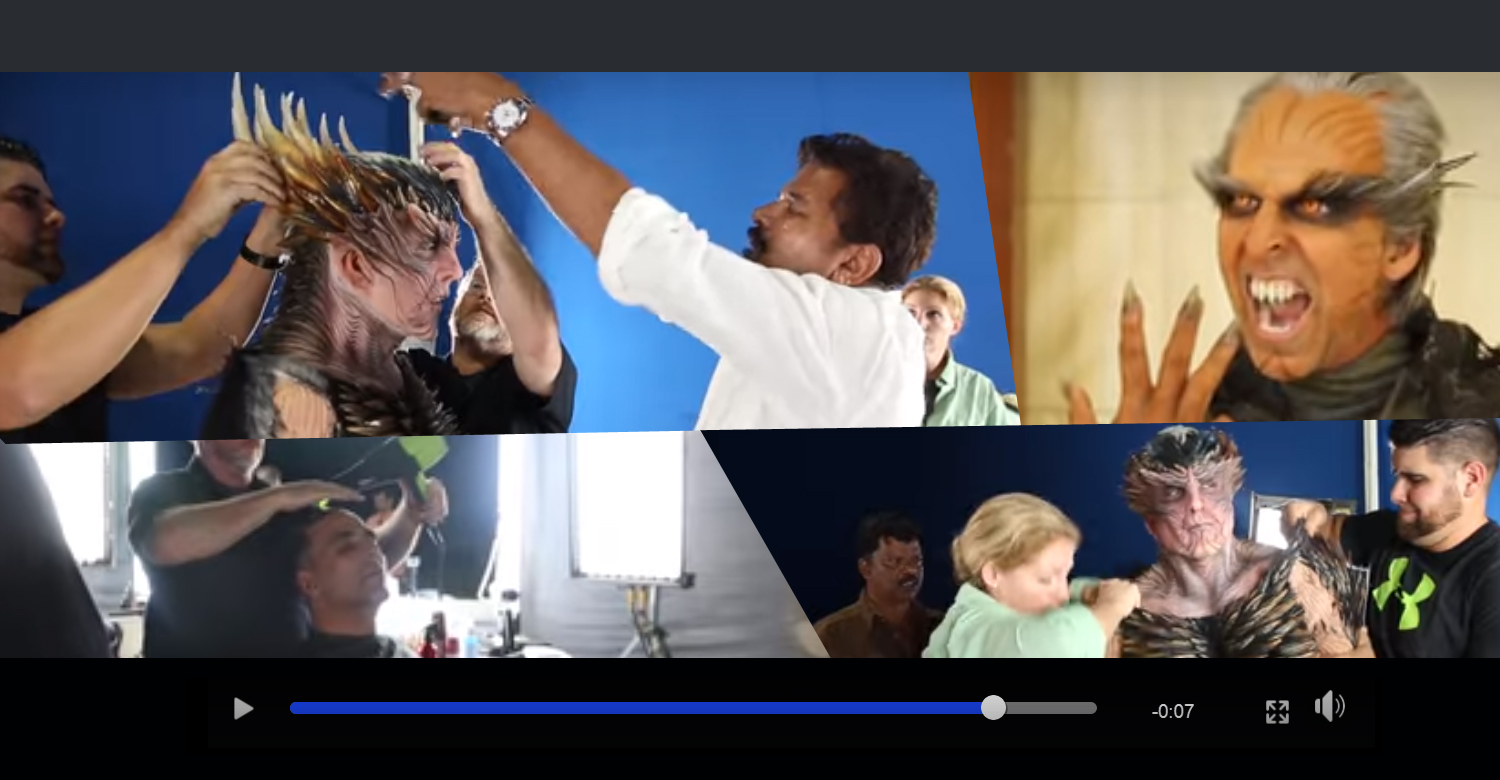 Here’s how Akshay Kumar’s look in 2.0 was designed; Check out the making video

Shankar’s magnum opus 2.0 is getting ready to for a grand release. The movie starring Rajinikanth and Akshay Kumar in the leads is all set to storm screens on November 29. Meanwhile, the makers have been actively promoting the movie. Last day, a new making video was released in social medias. It shows the efforts that went behind to achieve Akshay Kumar’s look. He plays the prime antagonist in the movie and it is said to be one of the most challenging roles in his career.

Earlier this month, during the trailer launch of 2.0, Akshay is quoted saying, “It was a very challenging role and it took a toll on my body. But the pain and sacrifice was worth it. My character required around four hours of prosthetic make-up and another hour and a half to remove it. In my whole career, I’ve never put so much of make-up.”

The mesmerizing look of Akshay Kumar in #2Point0 has hours of work behind it all, check it out!#KaranJohar #ApoorvaMehta #Rajinikanth #ShankarShanmugham #ARRahman Lyca Productions Divo

Many internationally renowned technicians also associated in the 2.0. Mary E Vogt designed the special costumes. Stunt choreographer Kenny Bates and visual effects specialists John Hughes and Walt Jones are also part of the film. AR Rahman is composing the music and Resul Pookkutty is in charge of the sound design. Legacy Effects, who have worked in movies like Avengers, Jurassic Park, Iron Man etc are working on the animatronics department.

2.0 will be releasing in 3D format in Tamil, Hindi and Telugu languages.
Lyca Productions is funding this mega budget movie. The makers have claimed to have invested a whopping Rs 600 crore, which easily makes it the most expensive film ever made in Indian cinema.

Ittymani Made in China: Mohanlal to speak in Thrissur dialect after 31 long years!
Here’s the making video of Christopher character from Ratsasan
To Top