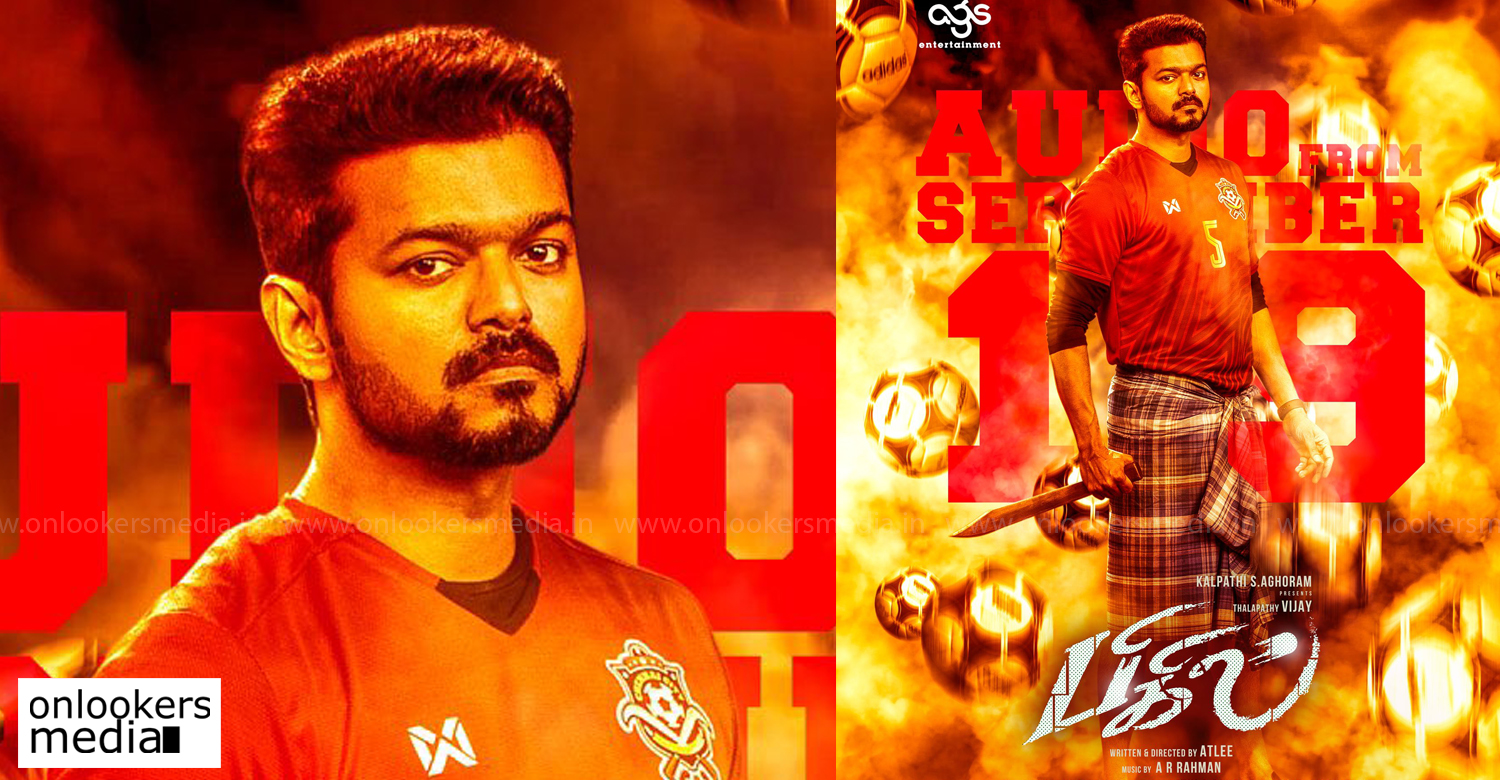 Here’s a new poster of Bigil; Audio launch on Thursday

The makers of Thalapathy Vijay’s ‘Bigil’ have formally announced the audio launch date by releasing a new poster. Every year, Vijay fans across Tamil Nadu eagerly await for the audio launch to catch a glimpse of their beloved matinee idol. The star also makes sure it’s a memorable event with his trademark power packed speeches.

This time for ‘Bigil’ also, there is a huge excitement about the audio launch. Add to that, there are also talks able maestro AR Rahman performing the songs live on stage. Bigil’s grand audio launch event has been planned to be held this Thursday (September) 19 in Chennai. It is worth a mention that Vijay has sung a track in the film. The highly energetic track, ‘Verithanam’, that has ‘thara locals’ penned by Vivek has already become a sensational hit. ‘Bigil’ directed by Atlee is a mass entertainer with woman’s football at its crux. The film has Vijay in a double role as a gangster father and his son, who is a footballer-turned-coach. Nayanthara, Jackie Shroff, Kathir, Yogi Babu, Vivek, Induja, Varsha Bollamma, Reba Monica John, Daniel Balaji and Anand Raj are also part of the cast. The film is scheduled for a grand Diwali release in October.