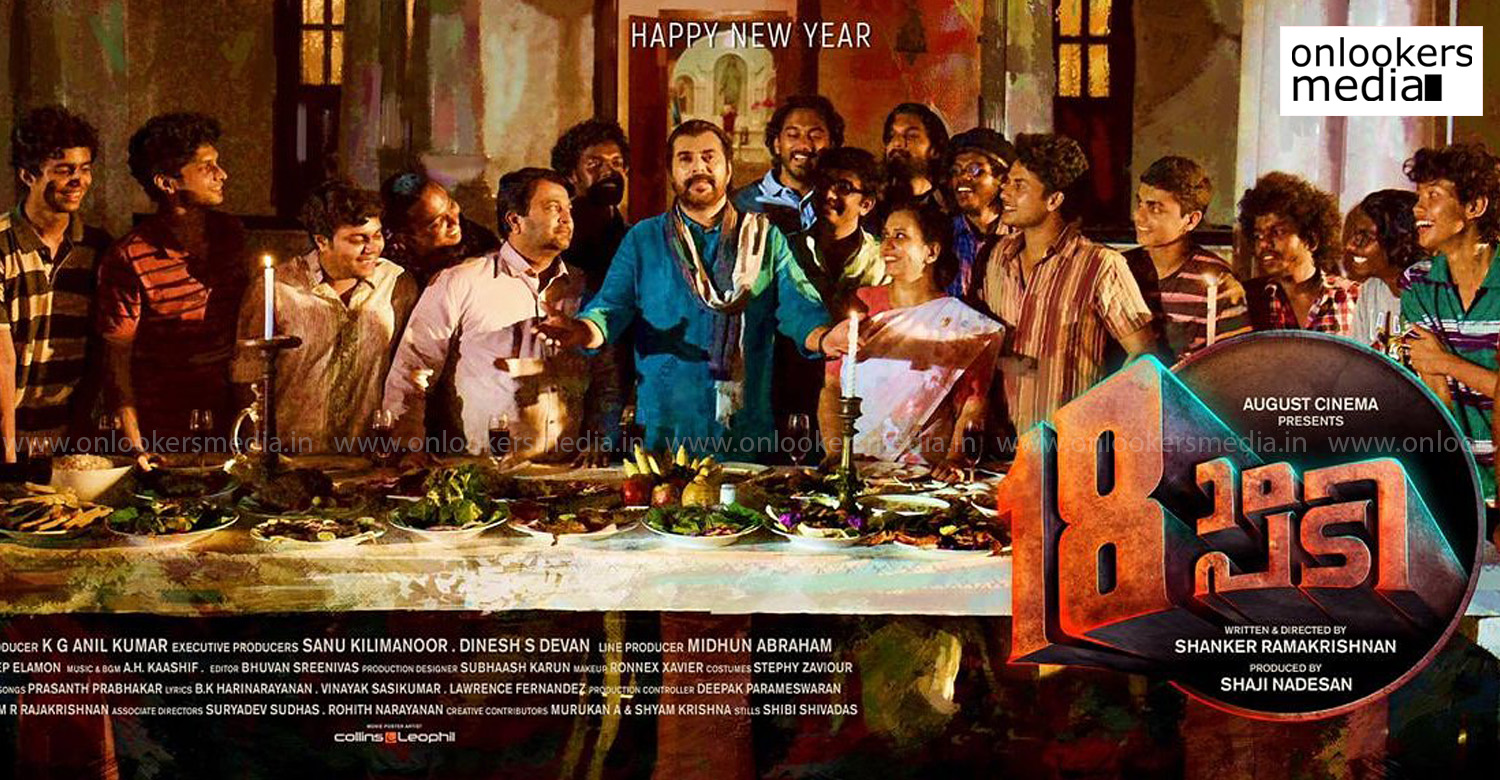 Here’s a New Year special poster of a Pathinettam Padi

As reported by us earlier, actor-writer Shankar Ramakrishnan is making his directorial debut with a movie titled ‘Pathinettam Padi’. The movie has a bunch of newcomers in the lead roles. Megastar Mammootty is playing an extended cameo role in the movie. A new year special poster was released on midnight. The poster has been designer like the famous last supper painting with Mammootty at the centres surrounded by a group of teenagers.

‘Pathinettam Padi’s lead cast includes youngsters from all 14 districts of the state. According to the makers, Mammootty plays the role of John Abraham Palackal, who is the mastermind of all the proceedings. The actor had joined the sets only recently. His presence is certain to boost the commercial aspects of the movie. A couple of other big stars will be also be appearing in guest roles, details regarding which will be revealed by the makers shortly. The movie is funded by August Cinema.