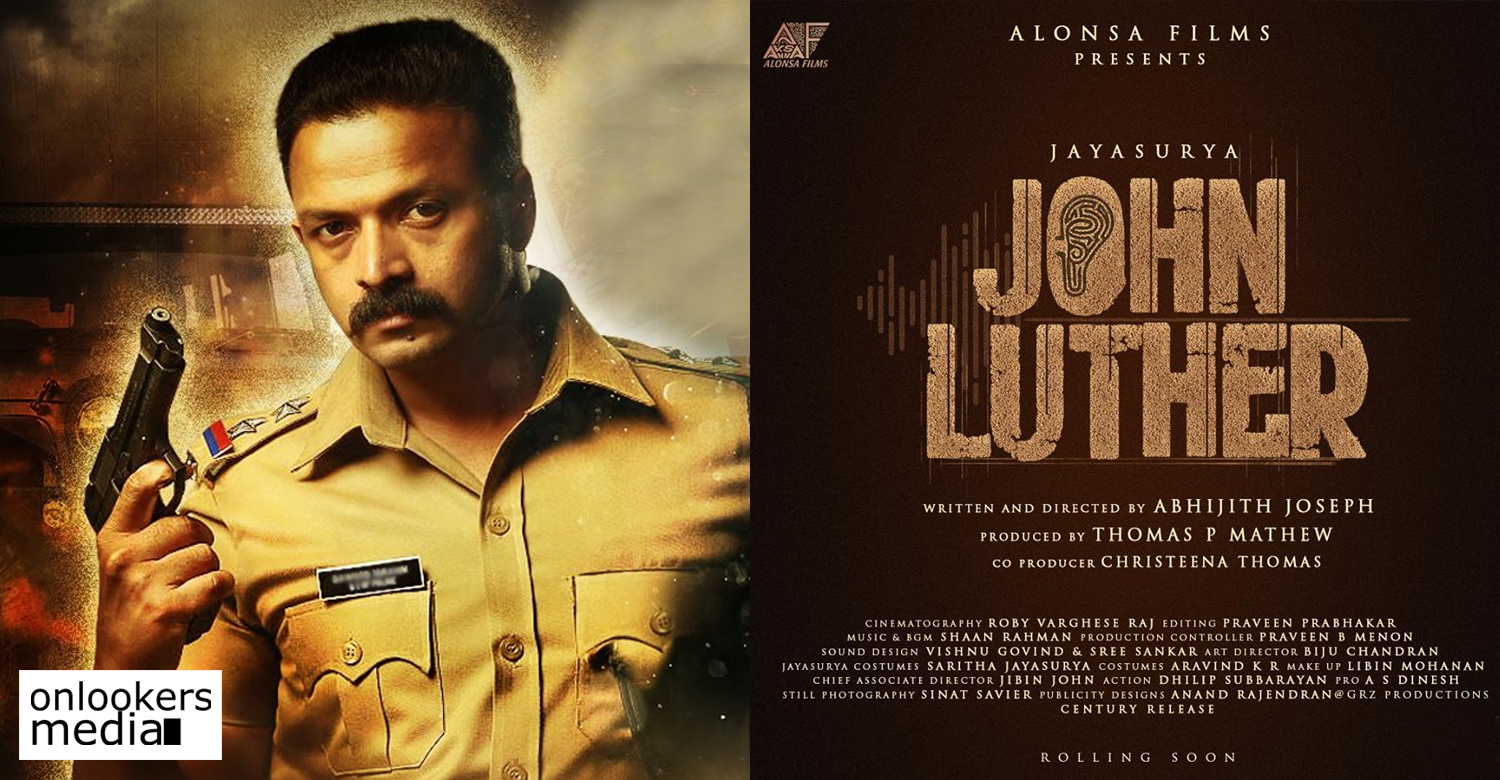 Jayasurya to play a cop in John Luther!

Recently, it was announced that Jayasurya would be starring in a new film titled ‘John Luther’. It is written and directed by debutant Abhijith Joseph. As per reports, Jayasurya will be seen playing a cop’s role in the film, which is said to be a thriller. The cast also includes Aditi Ravi, Deepak Parambol, ‘Ambili’ fame Tanvi Ram and Siddique.

Thomas P Mathew is producing ‘John Luther’ under the banner of Alonsa Films. Roby Varghese Raj will be wielding the camera and music department will be handled by Shaan Rahman. Praveen Prabhakar is in charge of the edits.

Jayasurya meanwhile has his kitty full with some interesting projects. He has committed for an ambitious film based on the life of Kadamattath Kathanar. ‘Philips and the Monkey Pen’ fame Rojin Thomas will be directing the film that has been titled as ‘Kathanar The Wild Sorcerer’. The project which planned to be made in 3D format in two parts is currently in the pre-production phase.

Jayasurya’s next release will be ‘Vellam’ directed by ‘Captain’ fame Prajesh Sen. The actor also has ‘Aposthalan’ and ‘Aadu 3’ in the pipeline. He will also be starring in the biopic of ‘Metro Man’ Sreedharan. The film titled as ‘Rama Sethu’ will be directed by VK Prakash.