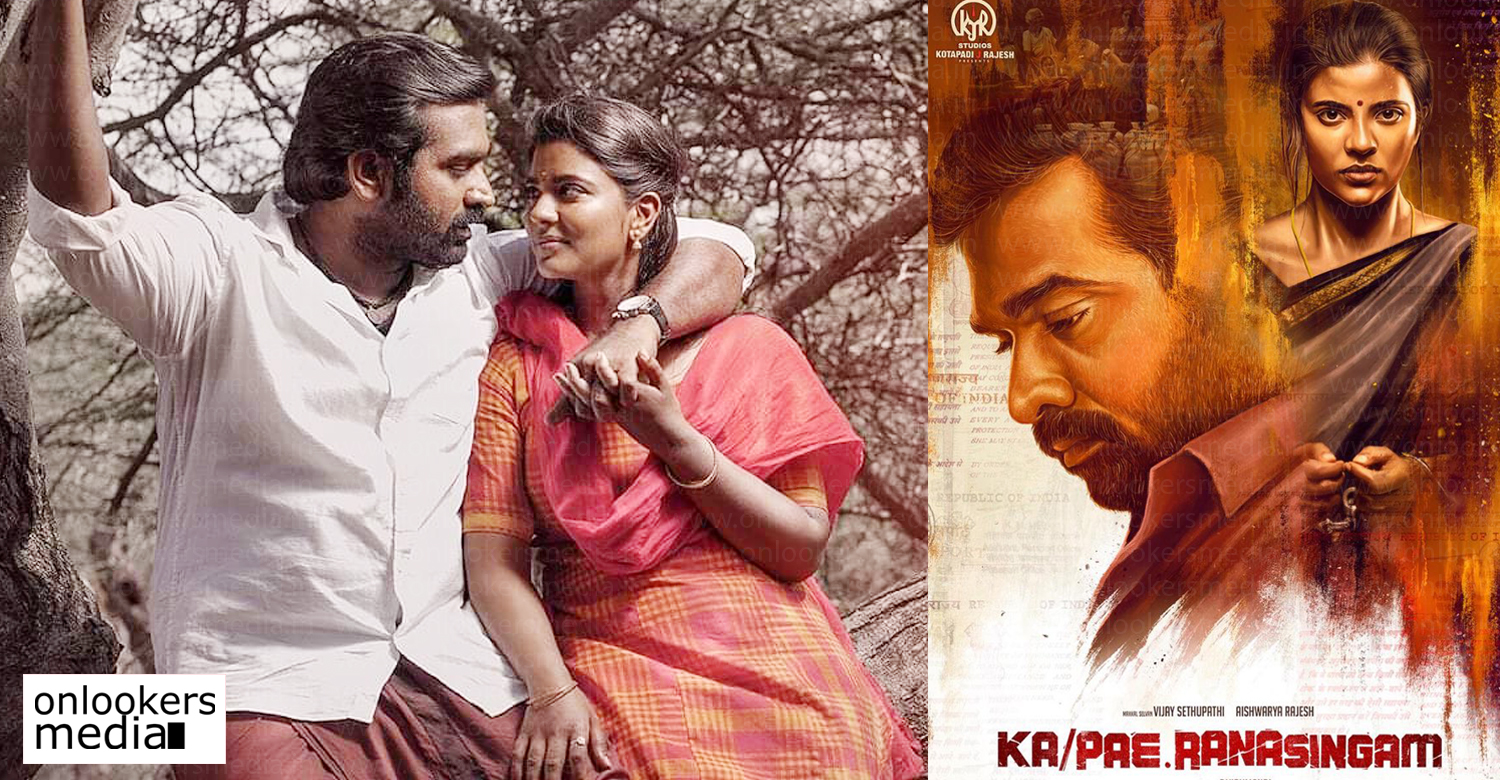 Vijay Sethupathi-Aishwarya Rajesh starrer ‘Ka Pae Ranasingam’ has been confirmed as a direct OTT release. The film will be will be premiering on Zee Plex, a pay per view service. More details on the premiere date and pricing are still awaited.

Debutant P Virumandi has made the film based on true events. From the earlier released teaser, it looks like a powerful rural drama that is a socially-relevant one in today’s times. According to the makers, it is a film that talks of justice, right, equality and more.

Cinematographer NK Ekambaram, Ghibran and action choreographer Peter Hein are part of the technical crew. Composer Ghibran had recently tweeted in praise of the film and called it one of the most important movies in Tamil Cinema.

Kotapadi J Rajesh has produced the film under the banner of KJR Studios.