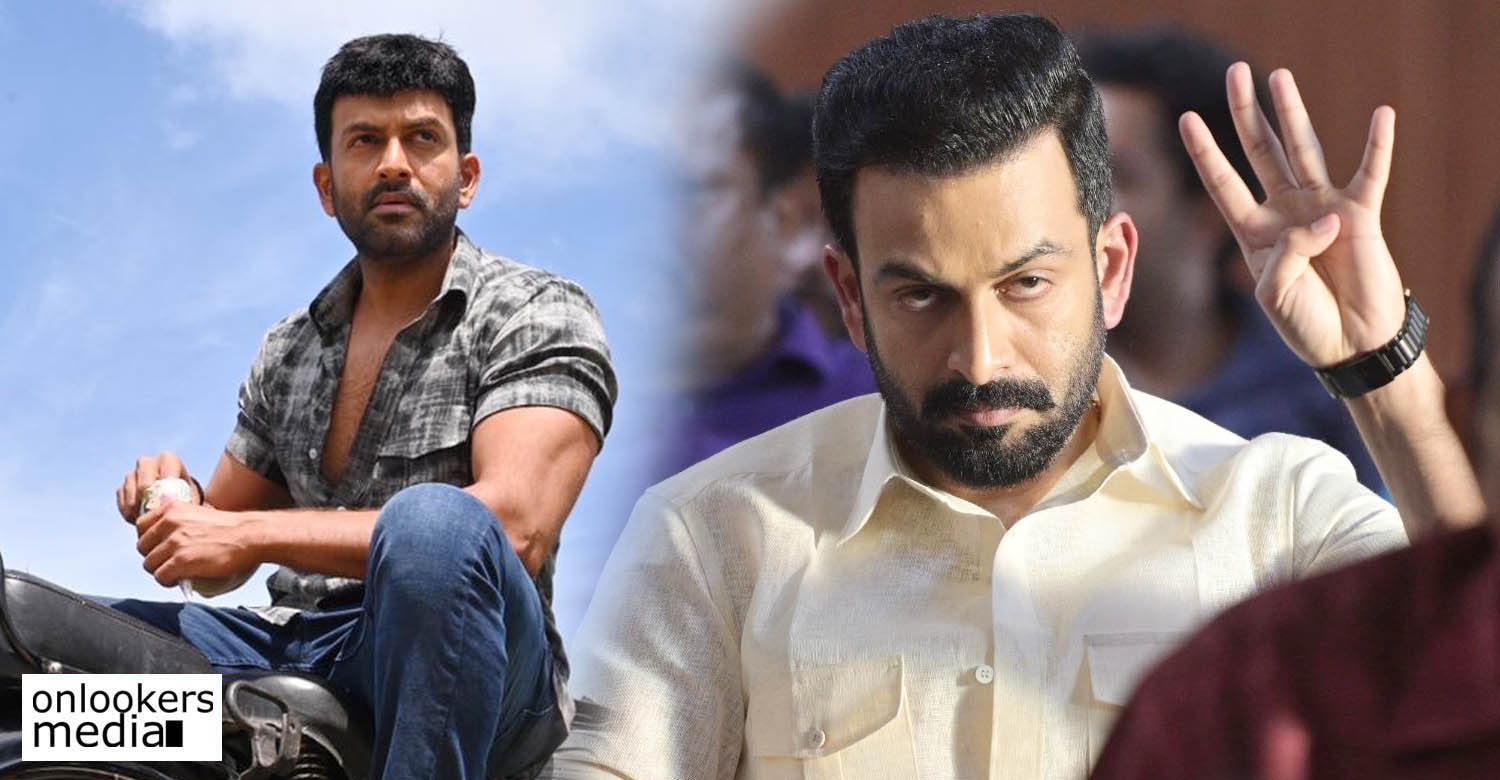 The makers of ‘Kaapa’ have announced that the film will be hitting screens on December 22. With Nivin Pauly’s ‘Thuramukham’ also eyeing to release on the same day, Kerala box office is likely to witness a massive clash between these two biggies.

‘Kaapa’ directed by Shaji Kailas stars Prithviraj Sukumaran, Asif Ali, Aparna Balamurali and Anna Ben as the leads. The film promises a lot of action and drama set in the world of gangsters in Thiruvananthapuram. Prithviraj plays a gangster named Kotta Madhu in the film. He will be seen in two different looks as the narrative traverses different timelines.

‘Kaapa’, based on Indugopan’s short story, is touted to be an action thriller. Jagadish, Dileesh Pothan, Nandu and many others are part of the cast. The film backed by Film Employees Federation of Kerala (FEFKA) Writers Union, Theatre of Dreams, and Yoodle Films.