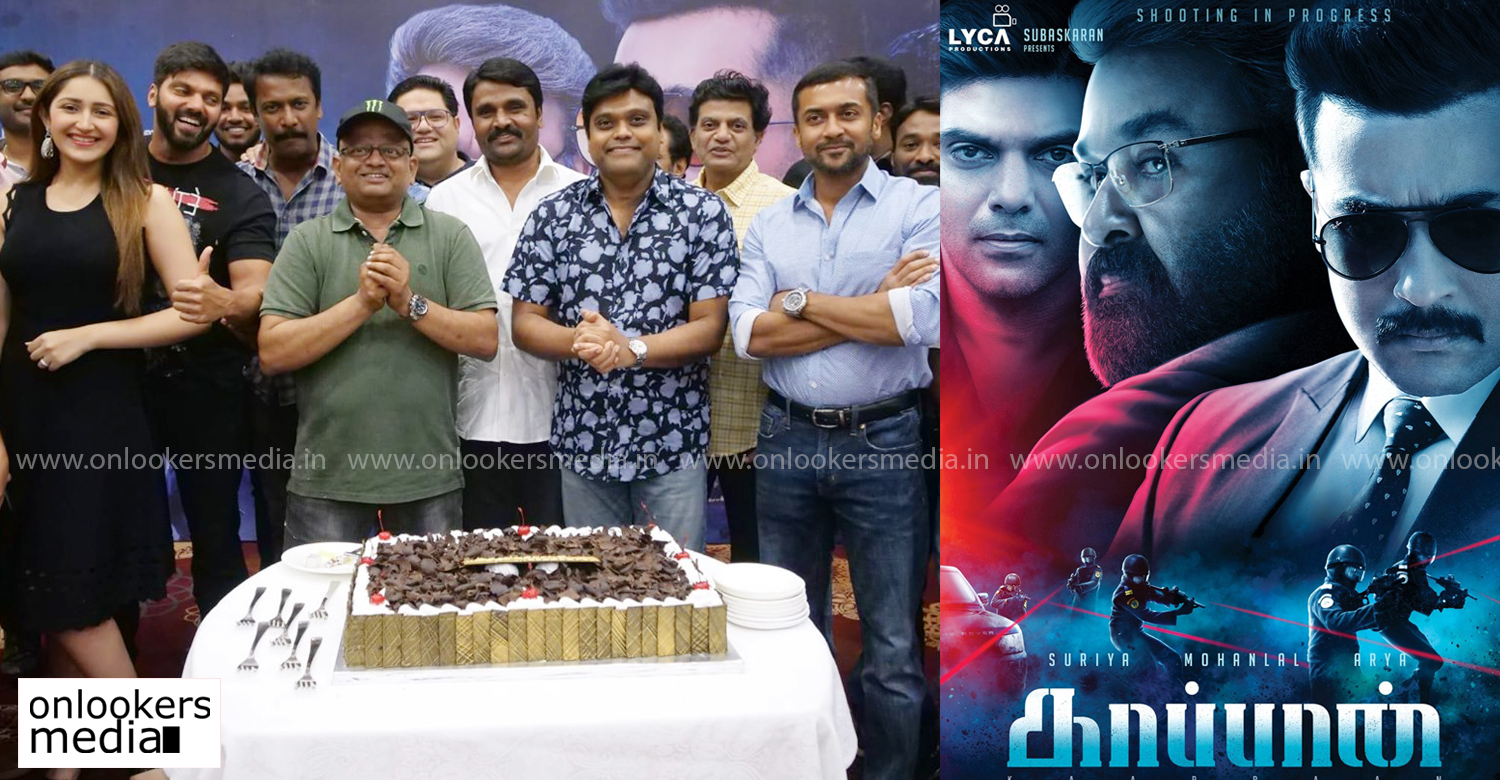 Suriya-Mohanlal starrer ‘Kaappaan’ got released on September 20 amidst huge expectations. However, the critic reviews were all mixed in the initial few days. But it seems like the film has worked among the common audience. The makers have claimed that the film has entered the Rs 100 crore club and they celebrated it with a cake cutting last day. Director KV Anand, Suriya, Arya, Sayyeshaa and many others were present for the get together.

‘Kaappaan’ had a huge pre-release hype which was majorly because it marked the first time coming together of two of South cinema’s biggest stars – Mohanlal and Suriya. Mohanlal played the role of India’s Prime Minister Chandrakanth Varma in the film and Suriya essayed the role of a high-rank NSG officer, who is in charge of the PM’s security.

‘Kaappaan’ is an entertainer with action, comedy, thrills, romance, dance and social message stuffed in it in uneven proportions. Its cast also includes Arya, Sayyeshaa, Boman Irani, Shamna Kasim and Samuthirakani in major roles. The film was produced by Lyca Productions, one of the leading banners in Kollywood.