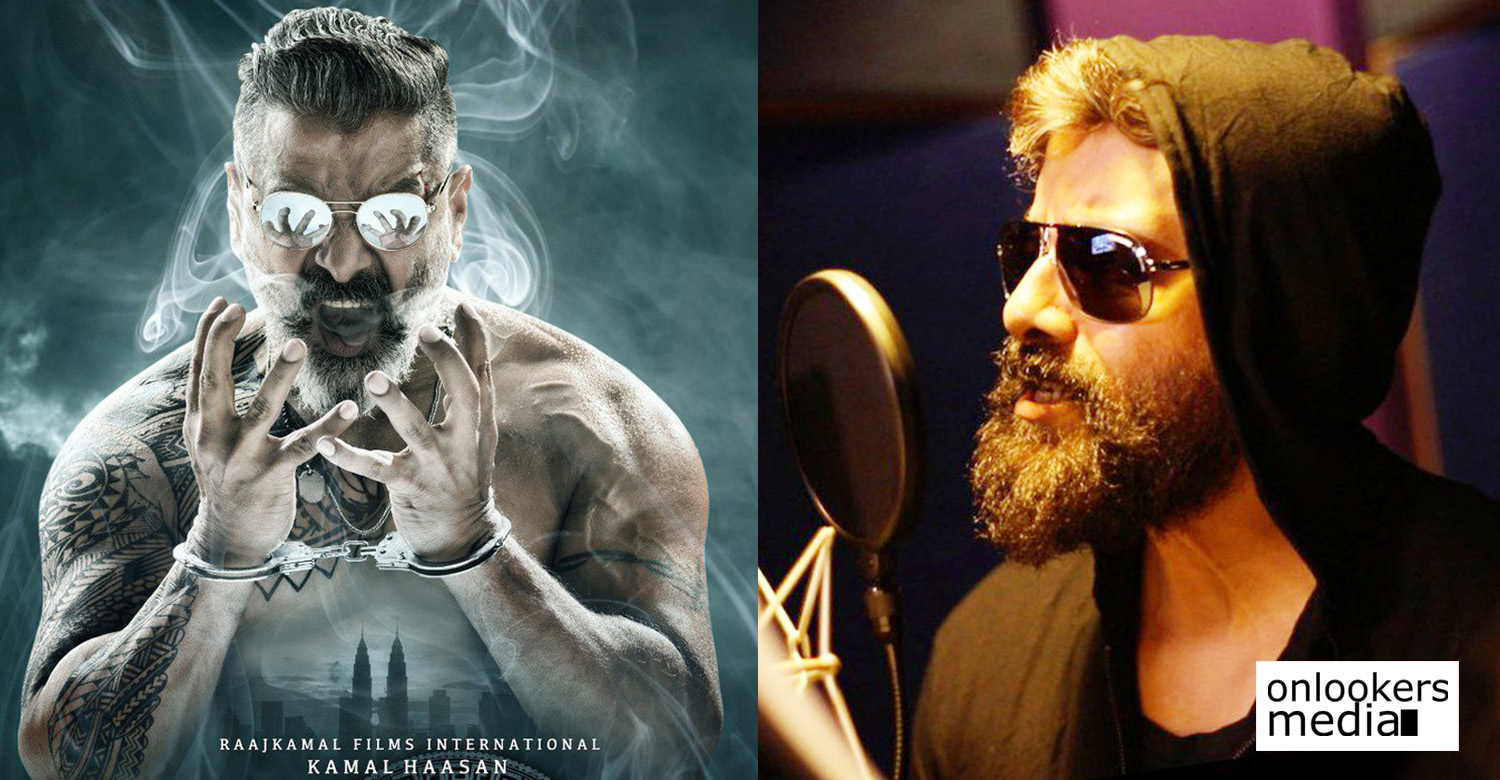 Kadaram Kondan: Vikram records a song for his new film

Chiyaan Vikram has lent his voice for a track in his upcoming movie, ‘Kadaram Kondan’. Music director Ghibran recorded the song, which is said to motivational track. The composer took to his official social media handle to share photos from the recording studio. The movie directed by ‘Thoongavanam’ fame Rajesh M Selva is touted to be an action packed thriller.

From the movie’s recently released teaser, it is presumed that Vikram plays the role of a cop. The movie has him sporting a stylish salt and pepper bearded look. Kamal Haasan’s younger daughter Akshara Haasan, Abi Hasan and Malayali actress Lena are essaying key roles in the film.

In the technical front, the movie has Srinivasa R Gutha wielding the camera, Ghibran as the music director and Praveen KL handling the edits. Ulaganayagan Kamal Haasan is producing the movie under his banner Raajkamal Films International. Tridents Arts is also associated with the movie’s production. Official announcement regarding the release date is expected to be made soon.

Nyla Usha as Arundhathi in Lucifer; Check out her character poster
Release date announced for Dulquer Salmaan’s The Zoya Factor
To Top