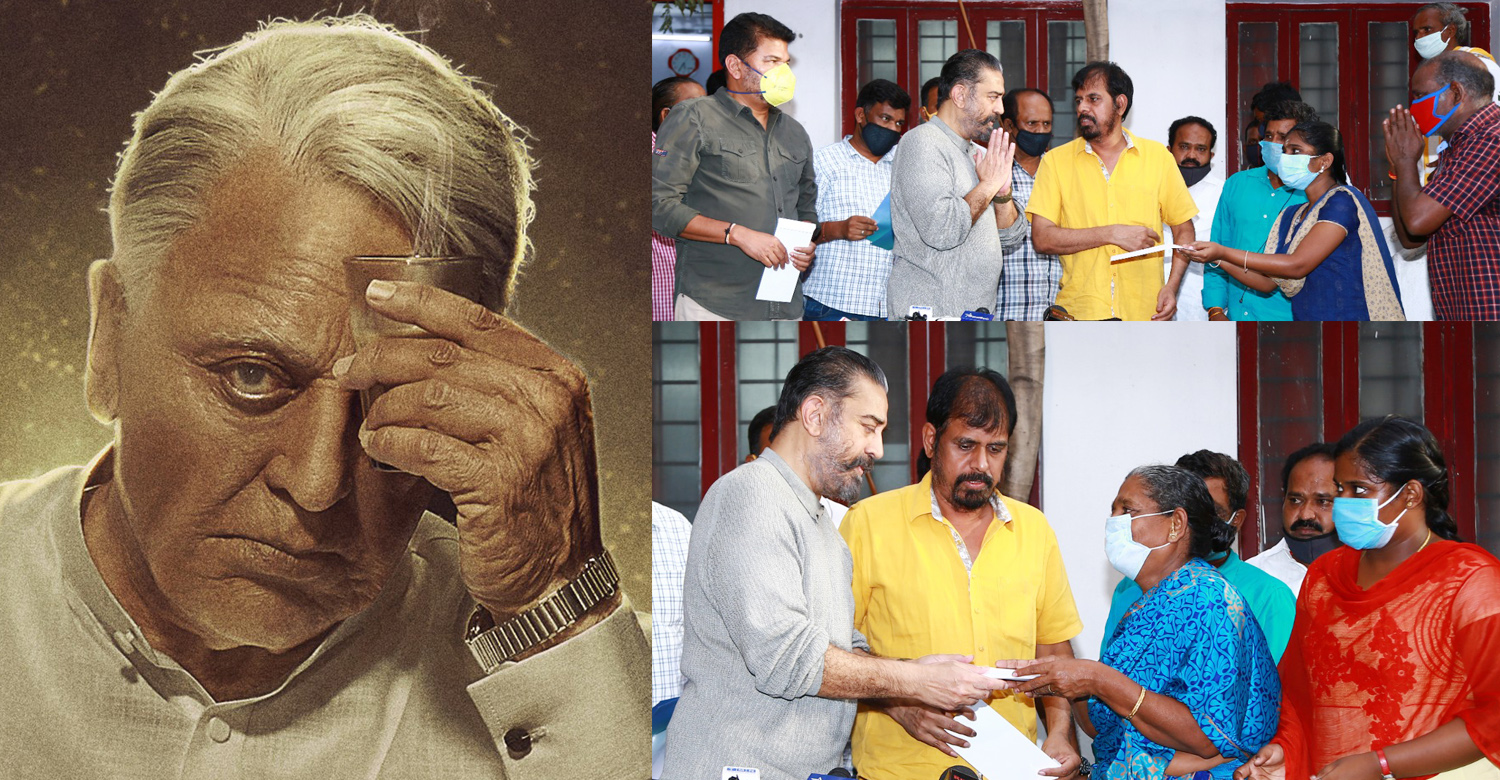 Earlier in February this year, a terrible accident at the shooting location of Tamil film ‘Indian 2’ took the lives of 3 crew members. The incident sent shock waves to film industries across the country and there were widespread discussions about safety precautions at film sets. The film’s core members — lead actor Kamal Haasan, director Shankar and production house Lyca — have paid a compensation to the families of the deceased.

Kamal Haasan, Shankar and representatives of Lyca handed over the cheque of Rs 4 crore to the families. The kin of Krishna (assistant director, 34), Chandran (art assistant, 60) and Madhu (production assistant, 29), who died in the mishap, received cheques of Rs 1 crore each. The lightman who suffered serious injuries was given Rs 90 lakh as compensation. Rs 10 lakh was allocated to help those who sustained minor injuries in the accident.

The accident occurred at Chennai’s EVP Film City when a huge crane carrying light equipment’s came crashing down suddenly. Reportedly, the rope that was used to hold up the light set-up gave way. Weighing hundreds of tons, the crane instantly crushed 3 people to death. Director Shankar and lead actors Kamal Haasan and Kajal Aggarwal were present on the sets and had a very narrow escape. Shoot for the film has been put on held ever since then.

Streaming rights of Mammootty’s One bagged by Netflix?
Prithviraj wishes Fahadh Faasil on his birthday
To Top