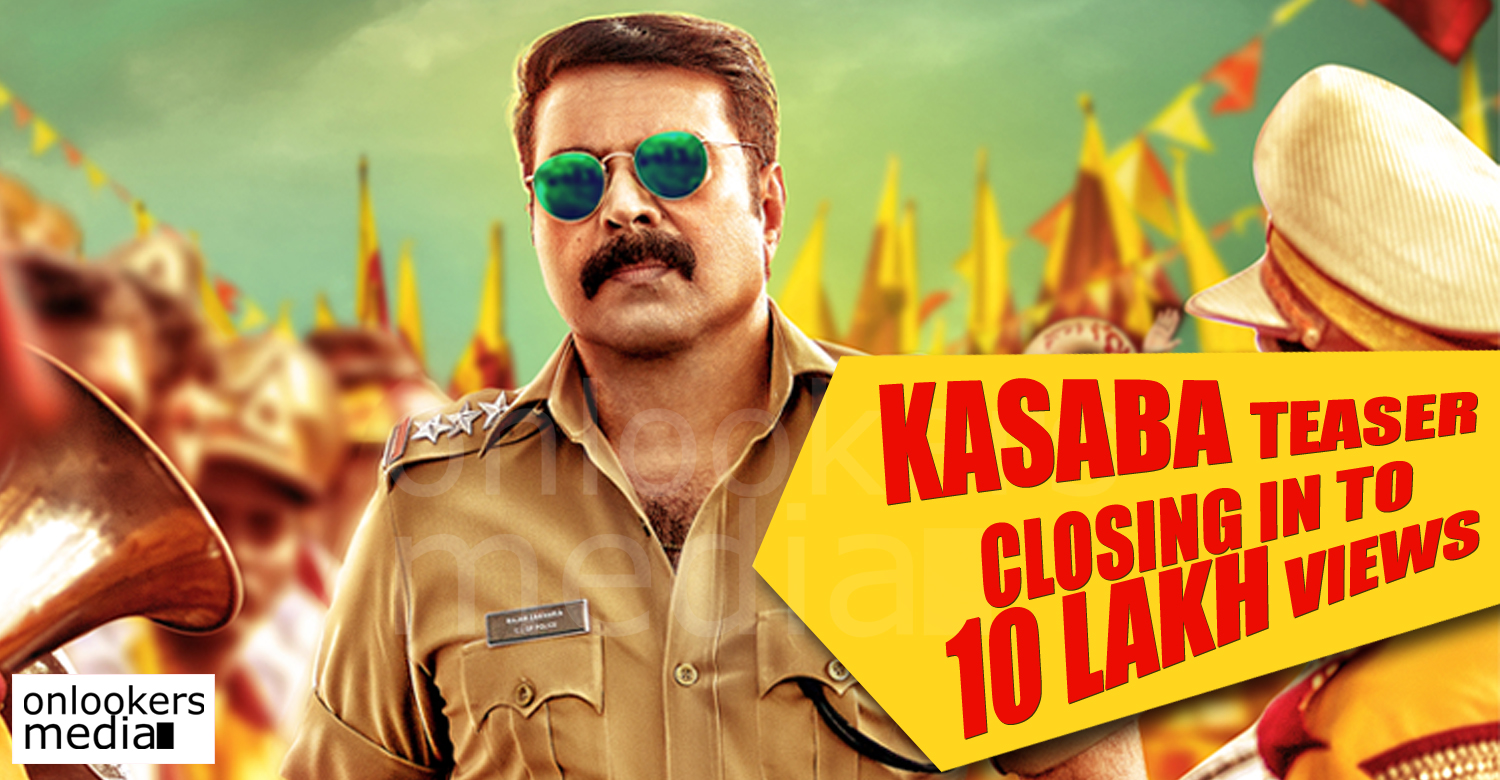 Kasaba teaser continues to create waves across all the social media platforms. The teaser of the latest Mammootty starrer has reached 8 lakh views within 60 hours. The record is considered phenomenal for a Malayalam movie. This Nithin Renji Panicker directorial has Mammootty playing a stylish cop Rajan Zachariah and has Tamil actress Varalakshmi Sarathkumar playing a character with grey shades.

Kasaba has been hugely benefited by the trolls and memes created with the first look posters turning out into promotions. With Mammootty also sharing these trolls, Kasaba is hugely hyped with fans and film lovers eagerly waiting for the release of the movie.

Kasaba is slated to release on 6th July. With the Eid holidays also beginning the same week, a very big opening is expected for the movie in the Box Office. Kasaba is considered to be the most hyped and expected movie of Megastar Mammootty in recent years. Last month, teaser of the much awaited Mohanlal starrer Puli Murugan was also released. Upon its release, Puli Murugan broke all pre-existing Youtube records for a Malayalam movie. Puli Murugan has garnered around 10 lakh views within 31 days of the teaser release. With Kasaba reaching about 8 lakh views in a matter of just 2-3 days, reports suggest that Kasaba will soon breach the 10 lakh mark and end up as the most viewed teaser in Malayalam film industry.

This trend is doing only good for the industry as people from other states are also opening the doors for Malayalam cinema and it is quite fitting that the Big M’s of Mollywood lead the bandwagon.