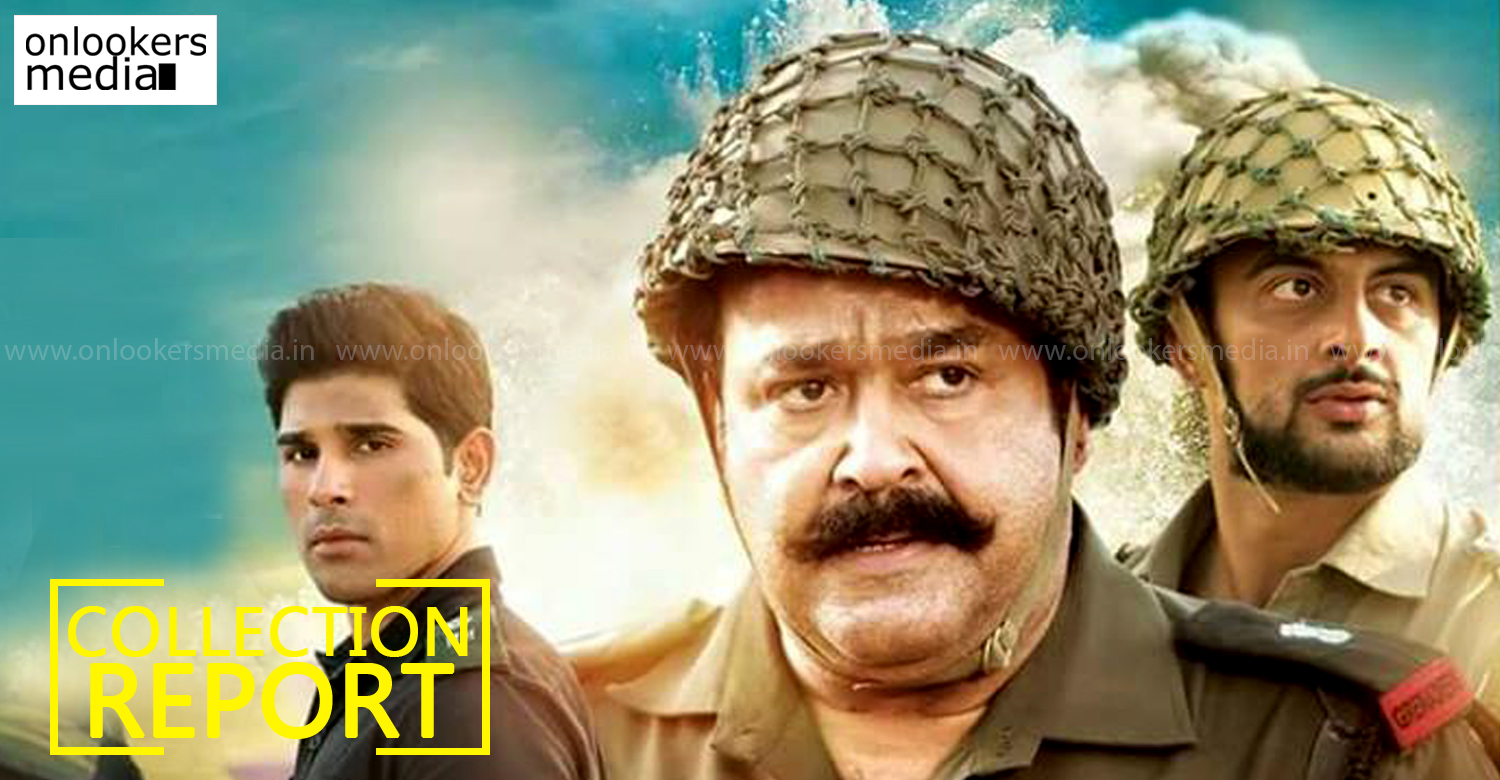 1971 Beyond Borders, the fourth installment in the Major Mahadevan series had released in theaters on the 7th of April. Marking a milestone, the largest release for a Mollywood film worldwide hit 405 screens.

Opened to mixed reviews from the critics, the movie had a good technical side but lacked a solid script. Mohanlal, apart from the other parts is seen reprising dual roles, Major Mahadevan and Colonel Sahadevan. The movie though had a record breaking release, failed to put that in effect at the box office. The movie on the first day had managed to gross only Rs 2.80 crores from the 180 odd screens in Kerala. Considering Mohanlal’s recent blockbuster run, the opening day figures for 1971 Beyond Borders was hugely disappointing.

After 3 days prior to the release, the movie has grossed Rs. 4.5 crores in the box office. According to the present stats, we get to know that the movie is still receiving up good feedbacks from the Major Mahadevan fans.

The makers didn’t invest much on the promotional side and hence the hype surrounding the movie was very minimal. Also the fact that Major Ravi- Mohanlal team’s last few movies were failures also worked against this movie.

The film, based on the 1971 Indo-Pak war was made as a big budget movie with a huge star cast. The makers had roped in several actors from other industries to give a pan Indian appeal to the movie. It is produced by Haneef Muhammed under the banner Red Rose Creations.