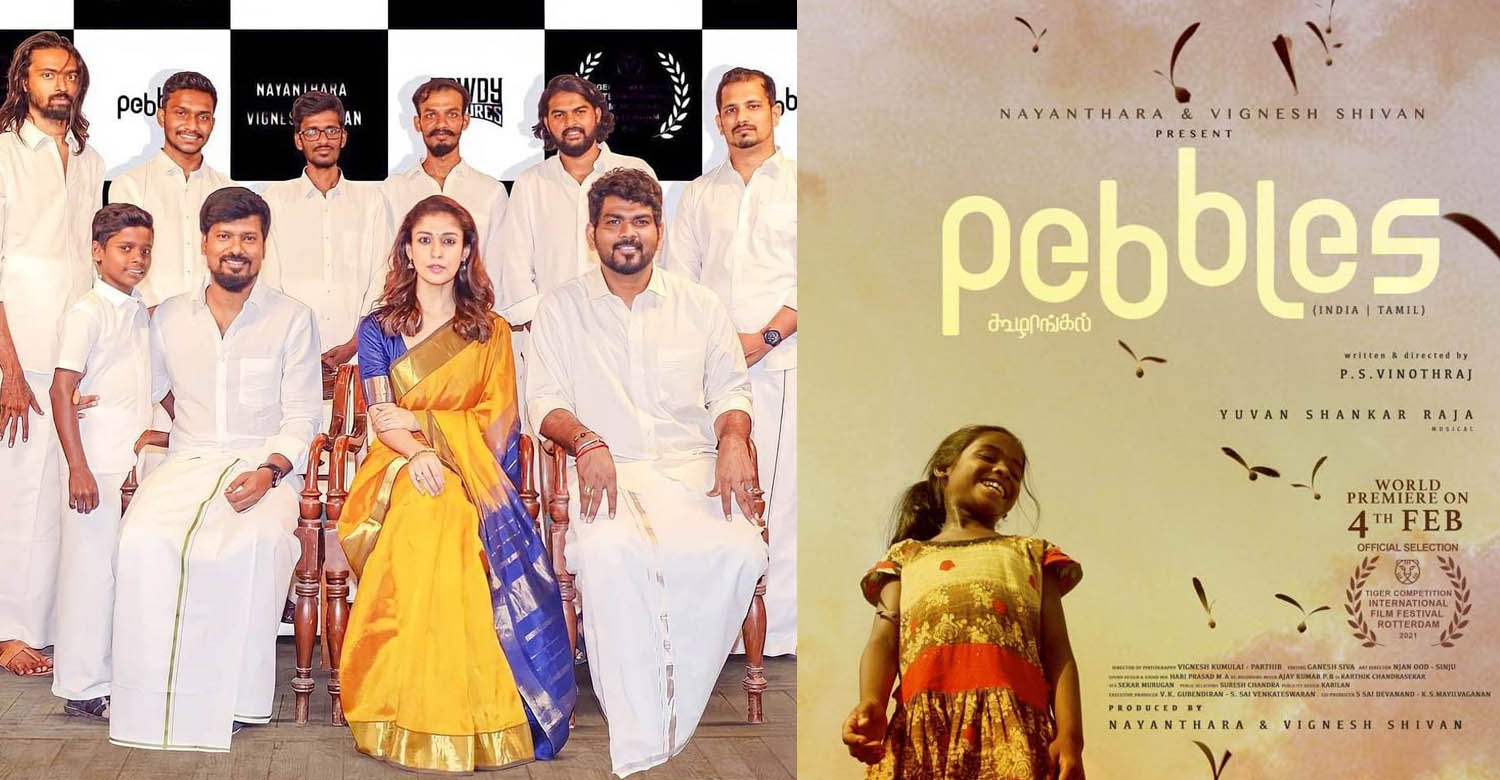 Tamil film ‘Pebbles’ (Koozhangal in Tamil), which had its world premiere at this year’s International Film Festival Rotterdam (IFFR), has won the prestigious Hivos Tiger Award 2021, the top honour at the festival. It is only the second Indian film and first from Tamil to bag the award. Malayalam filmmaker Sanal Kumar Sasidharan’s ‘Sexy Durga’ had bagged the honour at the 2017 edition.

‘Pebbles’ is the directorial debut of Vinothraj PS. The film is set in the backdrop of Arittapatti, a drought-ridden village in Tamil Nadu. It follows the journey that an abusive alcoholic man takes with his young son as he sets out to bring back his wife who has fled his abuse. Karuththadaiyan and Chella Pandi played the lead roles.

After winning the Hivos Tiger Award, director Vinothraj took to his Twitter handle to thank the jury for selecting his film. He tweeted,

“Feeling emotional! Pebbles won the Tiger Award 2021. Our Hardwork, patience & Dream finally came true.Thank you all for your love and support.”

‘Pebbles’ is backed by Nayanthara and Vignesh Shivn under the banner of Rowdy Pictures.

“First Production of @Rowdy_Pictures wins one of the most prestigious international award! First Tamil film to win this award,” tweeted Vignesh Shivan.

Malayali filmmaker Geetu Mohandas, known for her films ‘Liars Dice’ and ‘Moothon’, also heaped praise on ‘Koozhangal’ and its makers. She particularly praised Nayanthara and Vignesh Shivan for deciding to back the film and director Ram for mentoring Vinothraj.

I am so proud and happy to announce that this gem of a film won the Tiger award at International film festival of Rotterdam last night . Please watch it for it’s soulful story telling and performances. Take a bow Vinothraj . This is one of the best debut film from a director . Congratulations to Viki and Nayanthara for producing and supporting this film. And lastly I want to give a big hug to Ram sir ( director Ram) for his belief in Vinoth and this film. Vinoth you are lucky to have found a mentor in him. This film is all heart !!! Do watch it when it’s out !