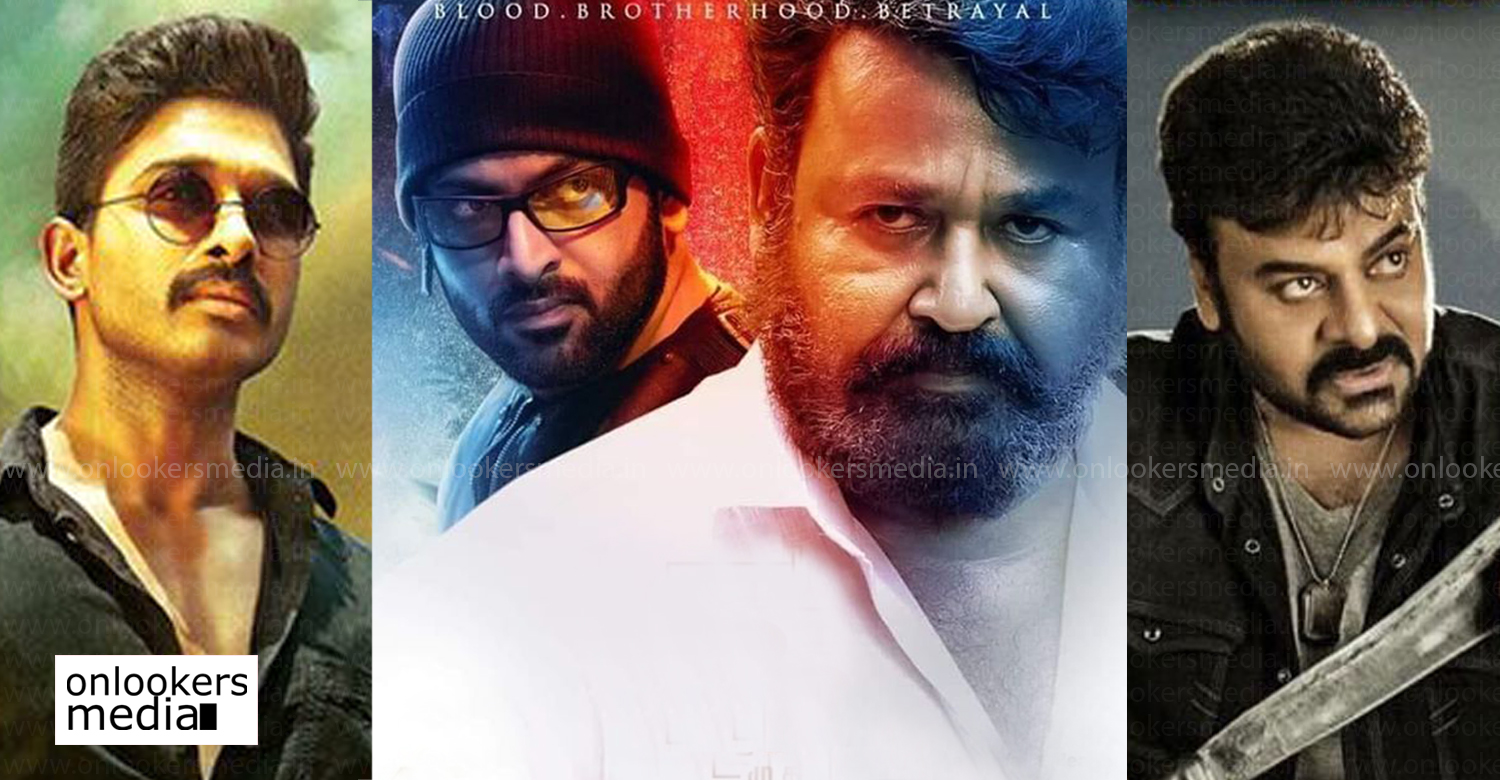 As we already know, Chiranjeevi is starring in the Telugu remake of Malayalam blockbuster ‘Lucifer’. Chiranjeevi will be reprising the role played by Mohanlal in the original. Sujeeth of ‘Saaho’ fame will be directing the remake version. Chiranjeevi’s son actor Ram Charan will be producing the film. The makers are currently busy adapting the script to suit the Telugu audience.

Meanwhile, rumour has it that Allu Arjun will be reprising the role played by Prithviraj in the original. Prithviraj essayed a character named Zayed Masood, who is the go-to-man of Mohanlal’s character Stephen Nedumbally aka Qureshi Abram. Though he appears only briefly, it is a very impactful role that offered Prithviraj immense scope to flex his muscles. The makers of the Telugu version are yet to give an official word about the cast, but sources close to Allu Arjun have already dismissed the rumours. It is most likely that Chiranjeevi’s son Ram Charan will be playing the character.

‘Lucifer’ written by Murali Gopy and directed by Prithviraj Sukumaran is a big scale political-thriller. Along with Mohanlal, the film had the presence of other stars like Vivek Oberoi, Manju Warrier, Indrajith Sukumaran, Tovino Thomas, Nyla Usha and Prithviraj. ‘Lucifer’ is conceived as a trilogy and the second part ‘Empuraan’ is planned to go on floors next year. It remains to be seen how well the Telugu version will be adapted.

Spadikam to be re-released in over 100 theatres!
Shah Rukh Khan hints that his next is with Rajkumar Hirani
To Top