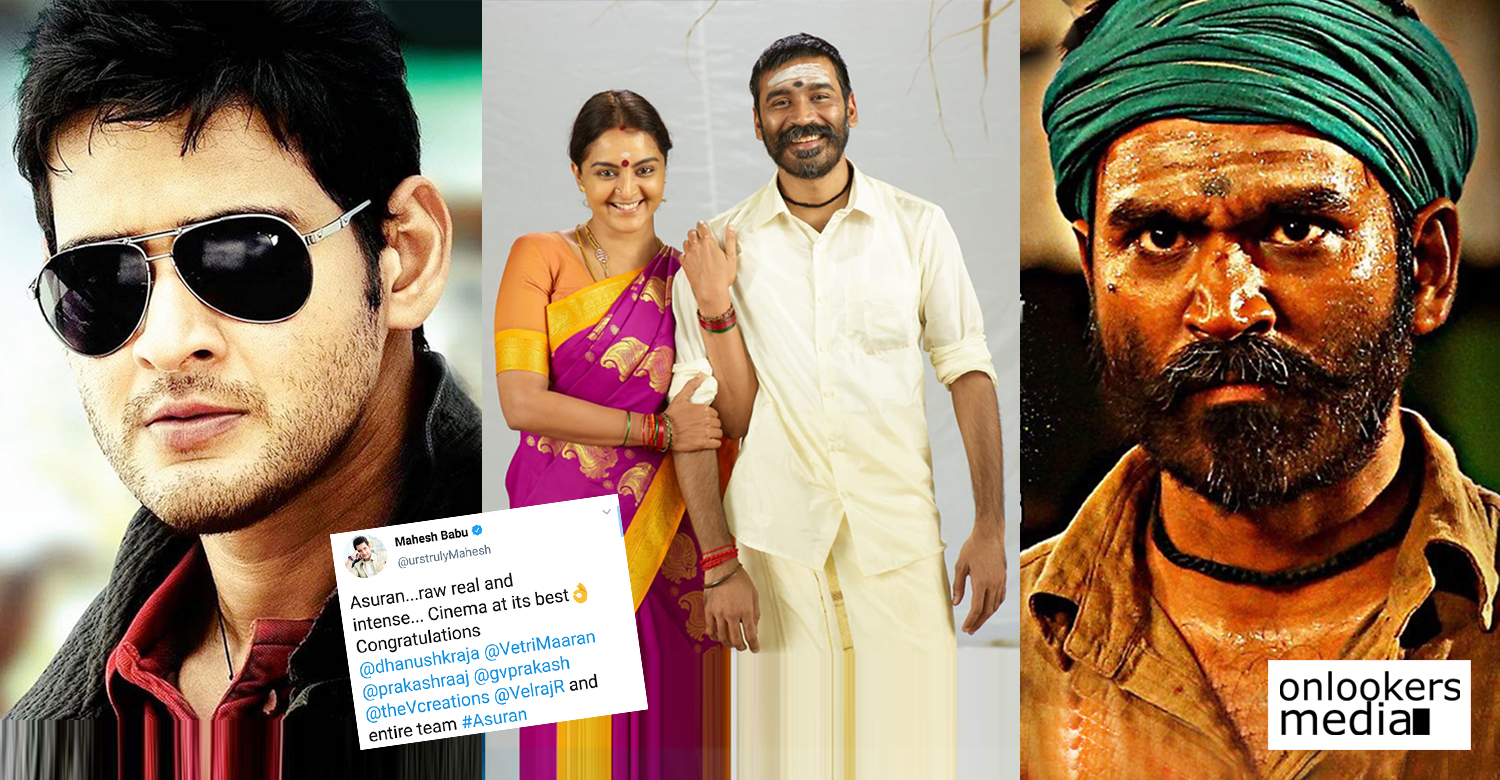 Vetrimaaran’s ‘Asuran’ continues to find admirers. The film is having a phenomenal run at the box office and is also getting critical appreciation from all corners. Even celebrities from within the industry have been heaping praise on the film. Telugu superstar Mahesh Babu has written a note on his Twitter handle congratulating the makers. His tweet reads,

‘Asuran’, which is based on the novel ‘Vekkai’, is an intense tale of revenge, caste and class violence. Along with Dhanush’s stunning performance, it is Manju Warrier who is getting widespread appreciation. The actress who played the role of Dhanush’s wife is extremely convincing as a rural Tamil woman and truly deserves all the praise that’s coming their way.

‘Asuran’ recently made its way to the elite Rs 100 crore club. Notably, it is Dhanush’s first film to cross the mark.