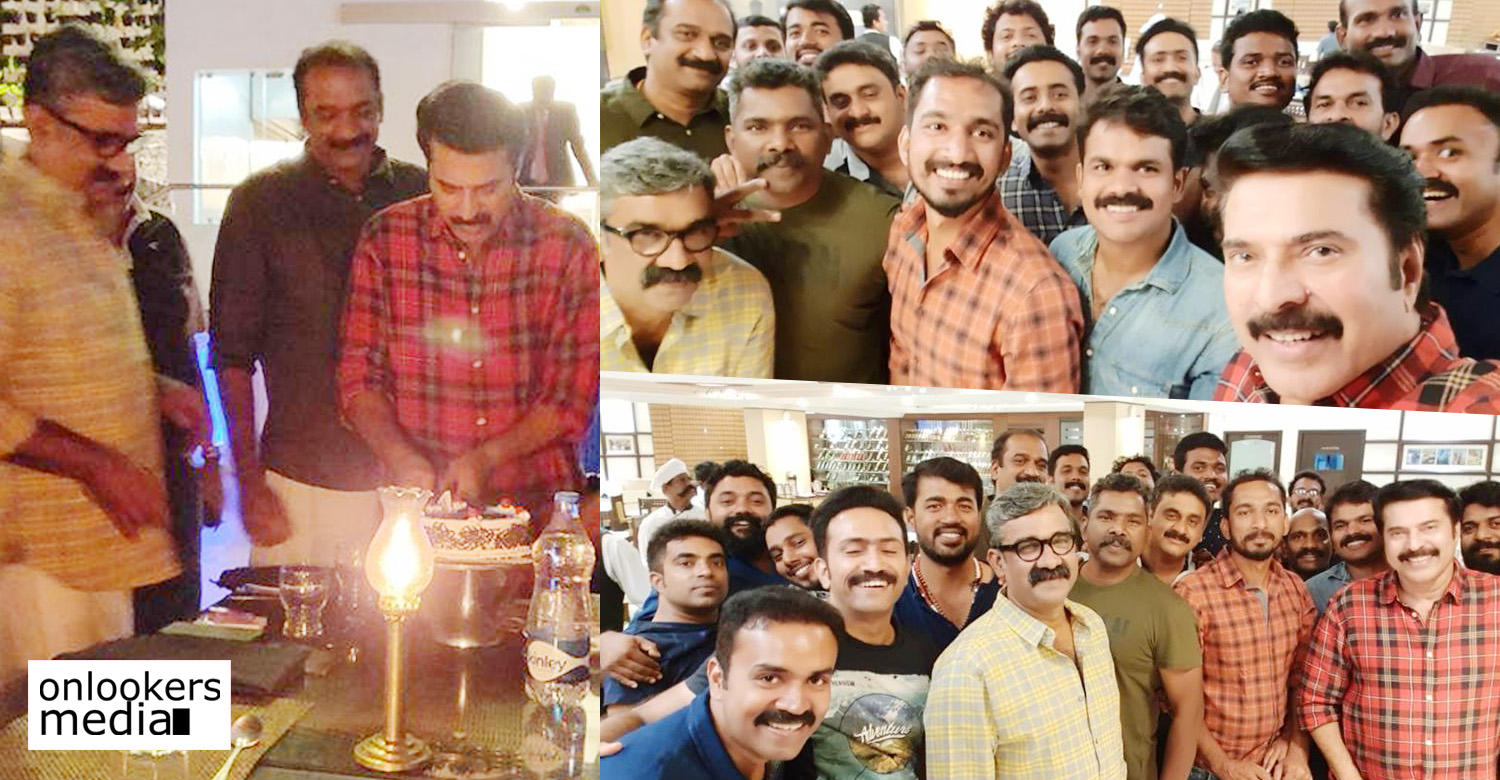 Mammootty hosts dinner for Unda team; Check out the photos

Mammootty is currently shooting for his upcoming movie ‘Unda’, directed by Khalid Rahman. Last day, the star hosted a dinner for all the crew members in a luxury hotel in Mysore. Photos of the same have been shared by the makers through their social media handles.

‘Unda’ is an action comedy entertainer that has Mammootty playing the role of sub-Inspector. Along with him, the movie also stars Vinay Forrt, Arjun Ashokan, Jacob Gregory, Shine Tom Chacko, Sudhi Koppa, Lukman and director Ranjith. Asif Ali is also said to be essaying a crucial cameo role in the movie. On the technical front, the movie has ‘Jigarthanda’ fame Gavemic U Ary cranking the camera and Prashanth Pillai handling the music department. For action choreography, the makers have signed Sham Kaushal from Bollywood. Krishnan Sethukumar of Movie Mill is presenting ‘Unda’ in association with Gemini Studio. The movie is expected to hit screens by the second half of the year.