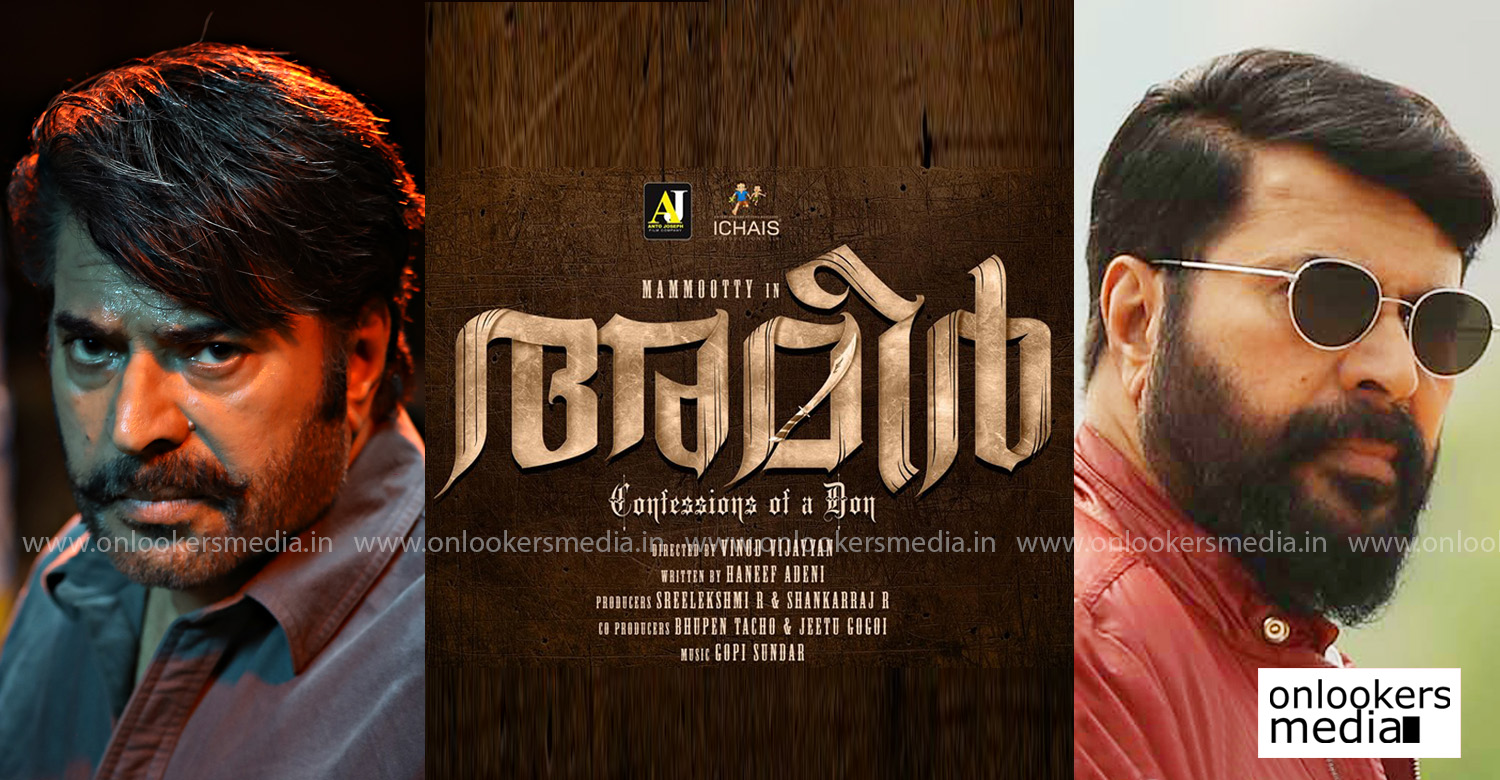 As reported by us earlier, Mammootty will be teaming up with director Vinod Vijayan for a big-budget flick titled, ‘Ameer’. Haneef Adeni of ‘The Great Father’ and ‘Abrahaminte Santhathikal’ fame is scripting the movie. Buzz is that the movie has Mammootty playing the role of an underworld don. The tagline ‘confessions of a don’ also indicates the same.

As per latest reports, Mammootty will start shooting for ‘Ameer’ shortly after he finishes his ongoing commitments. He has allotted around four months for the movie and will be appearing in multiple looks. ‘Ameer’ is shaping up as one of the biggest movies in the veteran star’s career in terms of budget. The movie has been planned to be shot extensively in Dubai.

Gopi Sunder is handling the music department and our sources within the industry inform that the score in this movie will be among his best works till date. The movie will be produced by Sreelekshmi R and Shankar Raj R. Bhupen Tacho and Jeethu Goghi are the co-producers.
Details about the other cast and crew members are expected to be officially announced very soon.