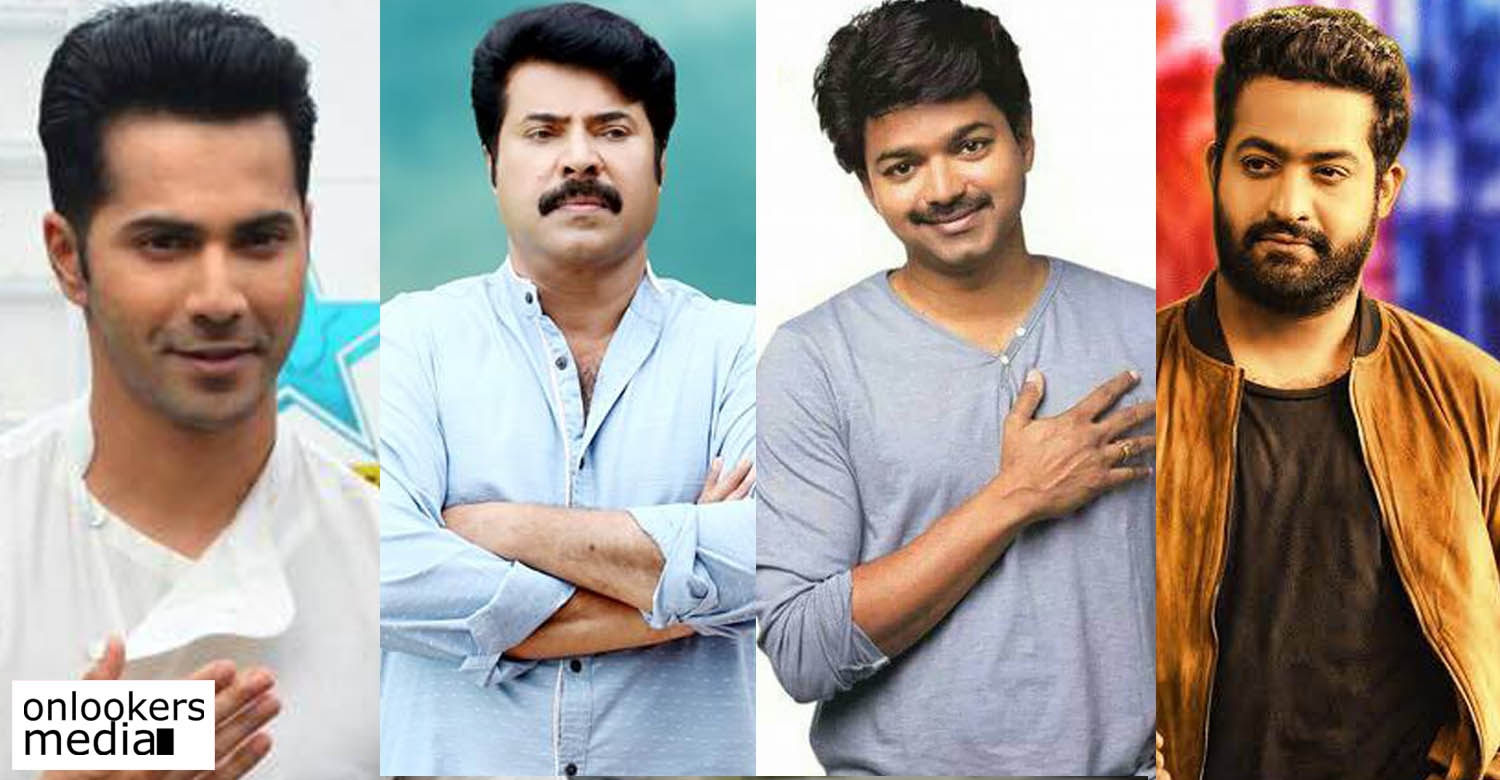 Bollywood’s young star Varun Dhawan is a very active social media users who regularly interacts with his fans in Twitter. In a recent chat with his followers, Varun was asked about his favorite actors in South India.

The actor instantly replied that he has many favorite stars but took the names of Telugu actors Allu Arjun, Jr NTR, Megastar Mammootty and Ilayathalapathy Vijay.

Varun Dhawan’s latest release, Badrinath Ki Dulhaniya is doing good business in the box office. This romantic comedy is the second installment of the franchise that started with Humpty Sharma Ki Dulhaniya. The movie, directed by Shashank Khaitan features Alia Bhatt as the female lead. Varun and Alia’s chemistry has been appreciated unanimously by the critics.