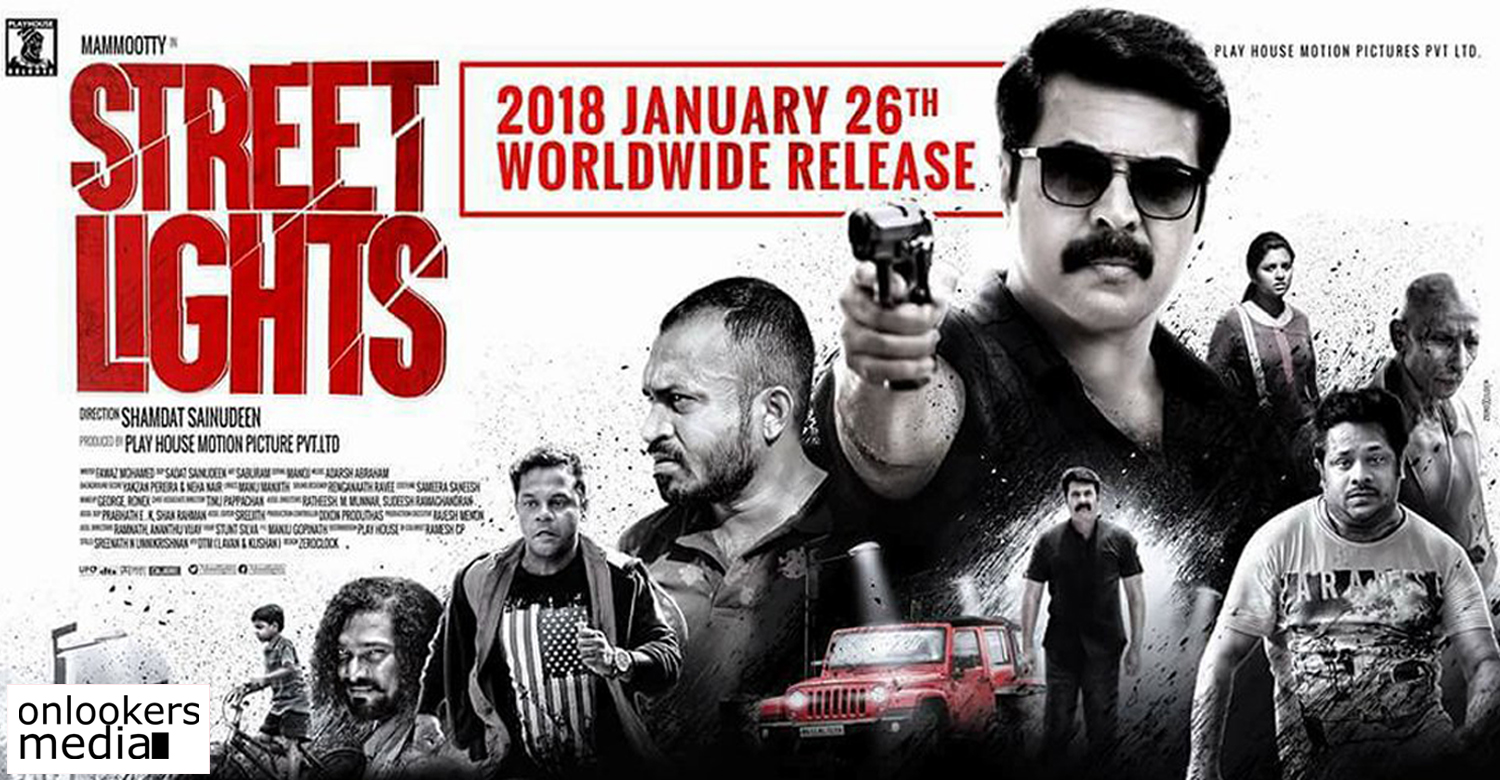 Mammootty’s Streetlights to have a worldwide release!!!

With each poster release, expectations among the audience is on the rise for Mammootty’s Streetlights. Unlike the usual superstar films, Streetlights was a very less talked project about during the time of shoot. Most people did not even know that such a movie is getting ready till the first look posters were released. Mammootty’s stylish avatar in the posters became an instant hit.

Besides shooting it separately as a bilingual in Tamil and Malayalam, the movie is also getting a dubbed Telugu version. Now the makers have announced that the movie will have a grand worldwide release on January 26. It is reported that all three versions will be released simultaneously and the team is currently working towards that.

Streetlights was expected to hit screens this month but was postponed at the last moment. The makers decided to dub the movie in Telugu only recently as they felt that the content will appeal to the Telugu audience. Since the movie is releasing on Republic Day, a national holiday, it is expected to have a massive opening in the box office.

Streetlights marks the directorial debut of ace cinematographer Shamdat. Newcomer Fawaz Muhammed has scripted this movie which is a crime thriller. Mammootty plays the role of an investigating officer in it. The megastar himself came forward to produce the film after being impressed by the narrative. The makers have maintained high secrecy about this film which has naturally raised the audience’s curiosity.

Veteran actor Pandiarajan, his son Prithvi Rajan, Manobala, Black Pandi, Stunt Silva, Motta Rajendran and some other noted supporting actors feature in the Tamil version. The movie doesn’t have a heroine as such, as it is a tale of many characters.