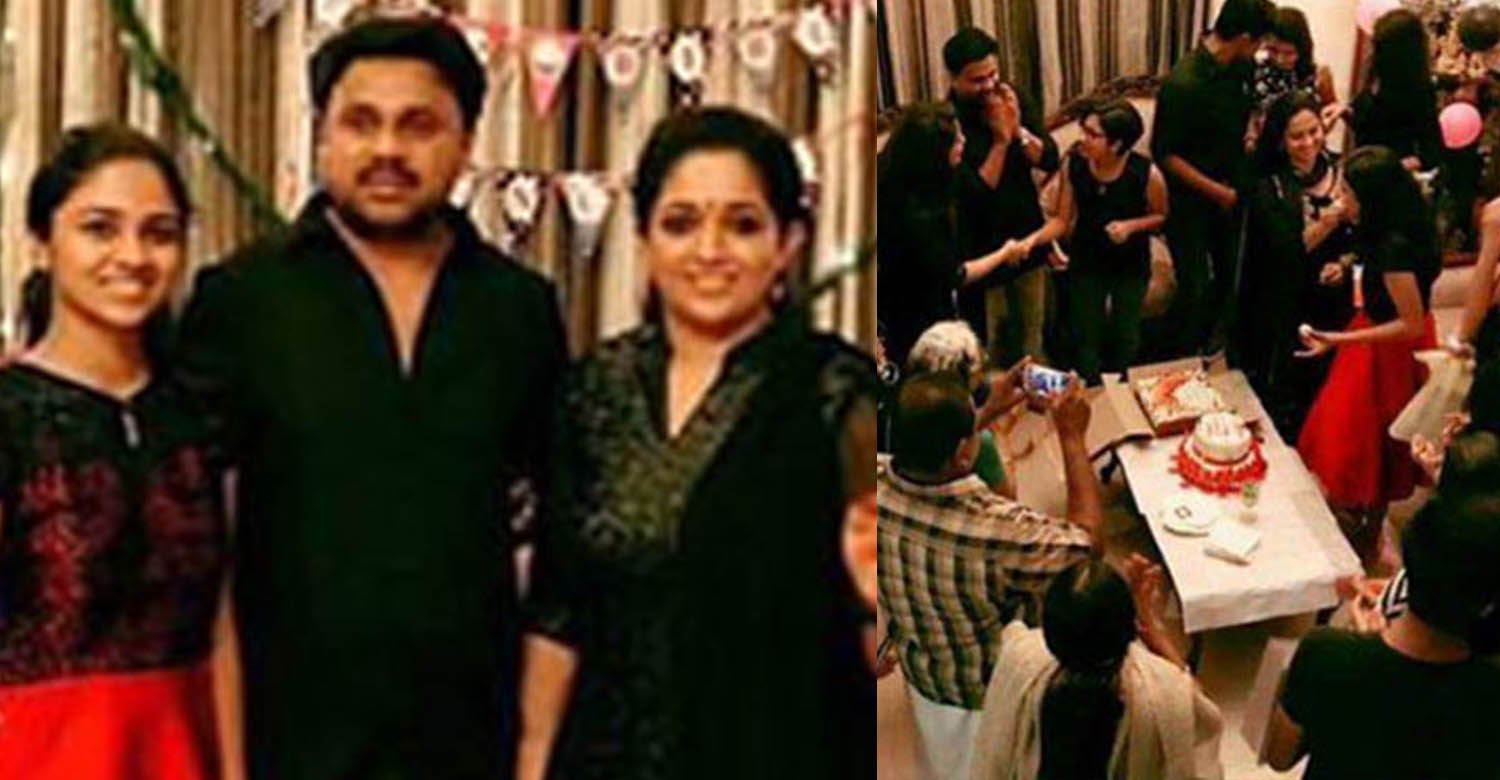 Meenakshi Dileep, who happens to be the only daughter of cine artists Dileep and Manju Warrier celebrated her birthday yesterday. The party was limited to a small number of family friends and relatives. This is the first time Meenakshi celebrates her birthday in the presence of Kavya, her step-mom. Kavya’s parents too graced the solemn occasion.

Dileep – Kavya Wedding happened to be an interesting event last year. The actor after a divorce with his wife Manju Warrier on the 31st of January 2015 had announced lately that he would be marrying Kavya Madhavan. It was also said that Meenakshi was so happy to have Kavya in their family. Dileep had married Kavya on the 26th of November 2016.

Meenakshi had been staying with Dileep after his divorce with Manju Warrier. Both the parents, had moved to separate places after legally getting divorced. Kavya had set up such a great party to please Meenakshi and as it was the first family function the couple celebrated together after their marriage. Manju Warrier was also seen recently helping two kids, by gifting their family a home, so that they never again used the train compartments to abide shelter.