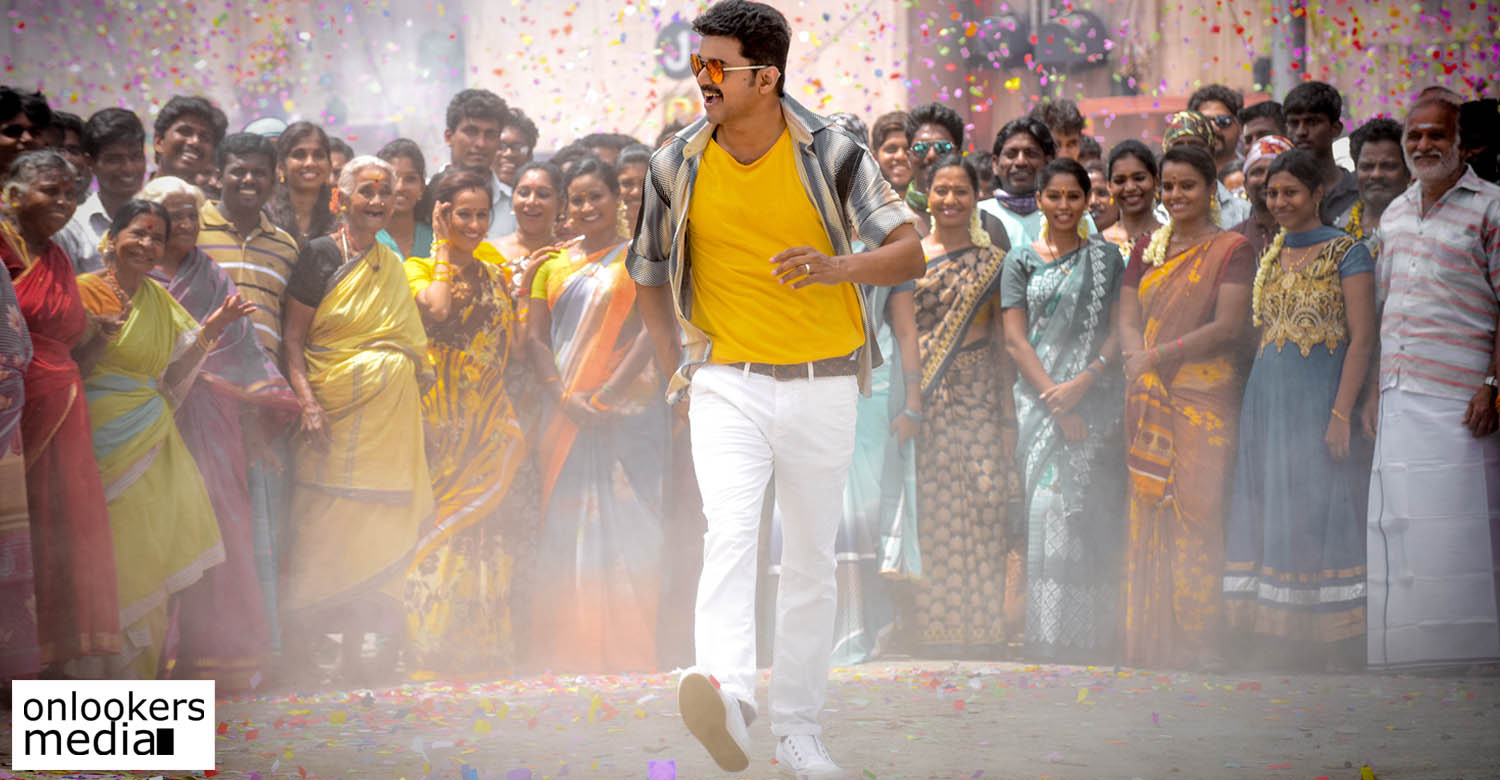 Vijay’s Mersal is all set to storm screens worldwide on October 18 as a grand Diwali release. Mersal, directed by Atlee, is Vijay’s career hype film and naturally is getting ready as his biggest release ever. A record breaking opening is expected for the movie. Meanwhile, the movie has created yet another record in YouTube.

The official teaser of Mersal has fetched a whopping 1 million likes, the most for any movie teaser worldwide. The 1.16 second video has also clocked 28 million views ever since it was update on September 21st. Eventhough such social media craze looks strange for a common audience, it is very instrumental in publishing the movie. In this age of social medias, teaser and trailer records have a massive impact on the movie’s overall performance.

Mersal marks Vijay’s reunion with director Atlee after the 2016 blockbuster Theri. From the promos, Mersal looks like a clean paisa vasool mass entertainer that appeals to audience of all age groups. The actor plays a triple role for the first time in his career which further adds up to the expectations. Samantha, Kajal Agarwal and Nithya Menen will be seen as the three female leads.

Apart from the star-studded cast, the movie has some big names in the technical department as well. Oscar winner AR Rahman is composing the music and Baahuabli’s co-writer Vijayendra Prasad has helmed the movie’s screenwriting along with Atlee and Ramana Girivasan.

Popular production house Sri Thenandal Films is backing this high profile project, which incidentally is also their 100th venture. They are planning to release the movie in a never before seen scale worldwide. As per the makers, the movie will be releasing in over 3300 screens worldwide. More screens are being added with each passing day.

Nazriya Nazim likely to play one of the female leads in Dulquer Salmaan’s next Tamil movie
I’m glad that people compare me with an actor like Fahadh Faasil: Shane Nigam
To Top