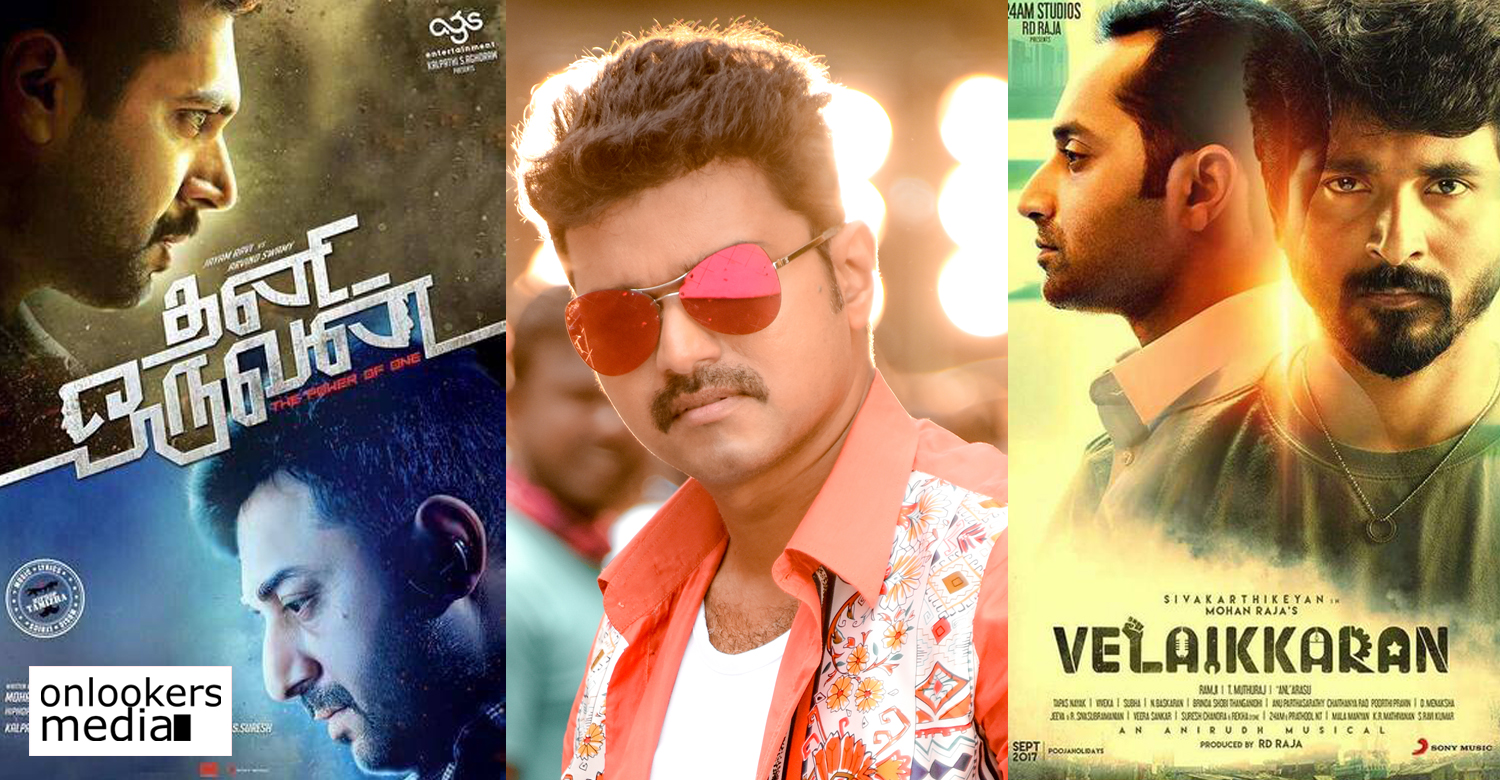 Mohan Raja is undoubtedly one of the leading directors in Tamil cinema. The huge success of ‘Thani Oruvan’ escalated him to the top league of filmmakers in Kollywood. His last outing ‘Velaikkaran’ with Sivakarthikeyan and Fahadh Faasil was also a successful affair at the box office. Last year, during the promotions of Velaikkaran, Mohan Raja had said that he is working on a script for Thalapathy Vijay and might narrate it to him soon.

Recently, in a students cultural event, the director confirmed that he is indeed teaming up with Vijay. It might be for the actor’s 63rd or 64th film. Mohan Raja has previously worked with Vijay in 2011. He made the mass entertainer ‘Velayudham’ with Vijay in the lead. The movie which was inspired by Nagarjuna’s Telugu flick ‘Azad’, emerged as a box office inspite of getting mixed reviews hit from the critics.

A Vijay-Mohan Rajan film is something very exciting to wait for as the director knows the pulse of the audience. Almost all his movies have been commercially successful. Post Thani Oruvan, he is determined to make a meaningful movies that also pass a message to the society.

While his Thani Oruvan was about medical mafia, Velaikaaran dealt with the issue of food adulteration and how a slum dweller fights against the corporates. It remains to be seen what topic Mohan Raja has come up with for such a big star like Vijay. Let’s wait for an official announcement.

Vijay, meanwhile, is busy shooting for his next movie with AR Murugadoss (Vijay 62). The movie has Keerthy Suresh playing the female lead and AR Rahman scoring the music. Sun Pictures is producing this movie, slated for a Diwali release in November.

Feeling ecstatic and edgy about the release of Poomaram: Kalidas Jayaram
Prithviraj to release the first look of Antony Varghese’s Swathanthryam Ardharathriyil
To Top