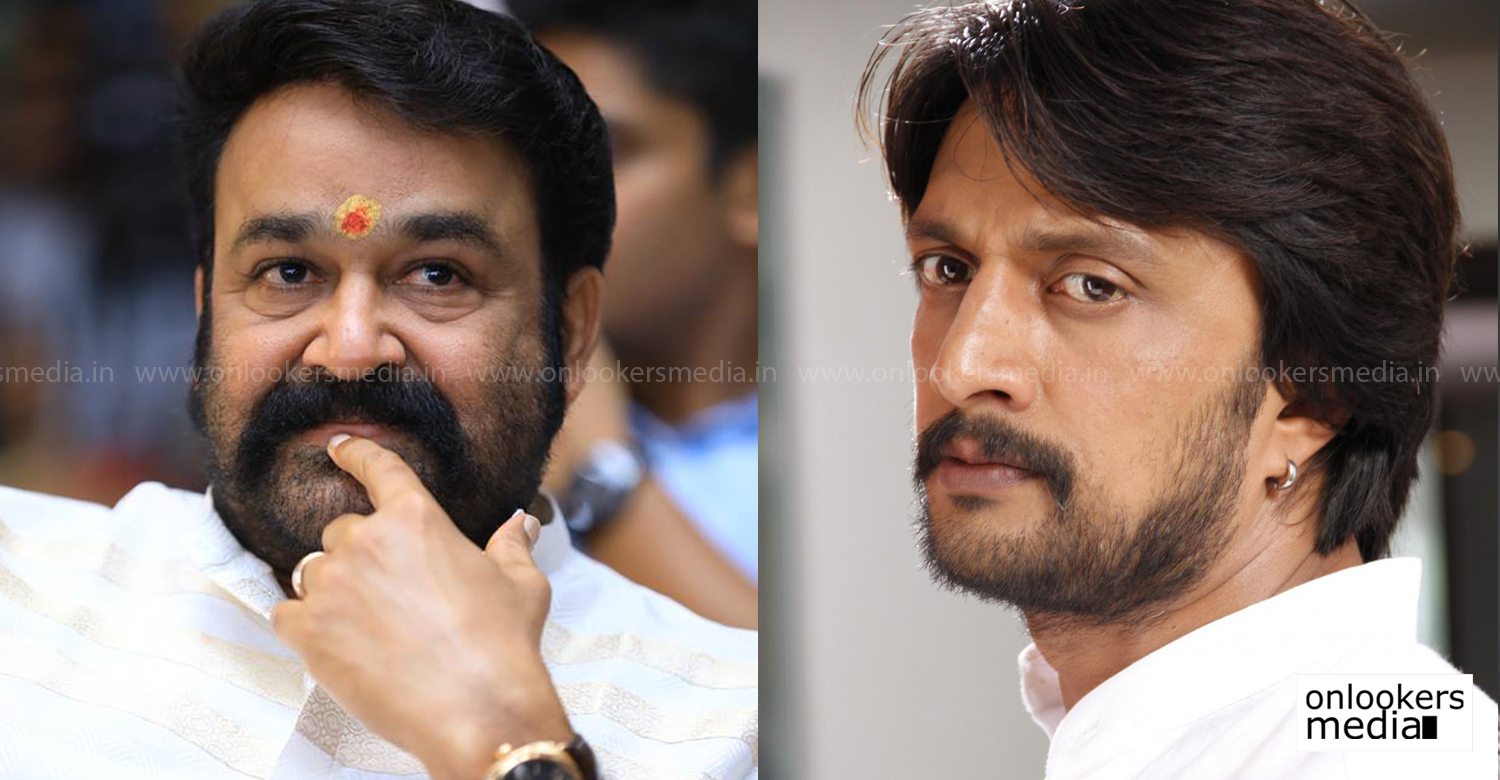 Over the last two years, Malayalam superstar Mohanlal has been getting a lot of offers from other industries. The success of his films like Janatha Garage, Manyam Puli (Telugu version of Pulimurugan) and the critically acclaimed Manamantha have increased his popularity among the non-Keralites.

Last day we had reported about Mohanlal in talks to do a multilingual film in Tamil, Malayalam and Telugu languages. Kannada director Prem is set to helm this ambitious project. The Kannada version, titled as The Villain has popular actor Shivarajkumar as the lead. Shoot for the movie has already commenced and the first schedule was recently wrapped up in London. The Kannada version also stars Amy Jackson, Mithun Chakraborty and Sruthi Hariharan.

Reportedly, the makers have approached Mohanlal to play the lead roles in the other 3 languages. Actor Kiccha Sudeep will also be playing a major part in this project. Sudeep is the only actor who has been retained in all four languages. He is a very popular actor in the South, majorly due to the sensational success of SS Rajamouli’s Eega, in which he played the antagonist’s role.

If the project materializes, this will be the first time Sudeep and Mohanlal will be sharing screen space. It is an exciting collaboration as the both of them are extremely talented and well established actors. The audience will certainly be looking forward to see how they try to outscore each other.

A confirmation regarding Mohanlal officially signing for this big budget project is still awaited. The superstar has a jam-packed schedule ahead of him with multiple projects lined up. He is currently on a break after completing the shoot for Lal Jose’s Velipadinte Pusthakam. The highly anticipated Odiyan, directed by VA Shrikumar Menon, is expected to go on floors this month. B Unnikrishnan’s Villain is also in the final stages of post-production.

Here’s the cast and crew details of Pranav Mohanlal’s Aadhi
After Kayamkulam Kochunni, Nivin Pauly to work with the same team for a big budget movie
To Top