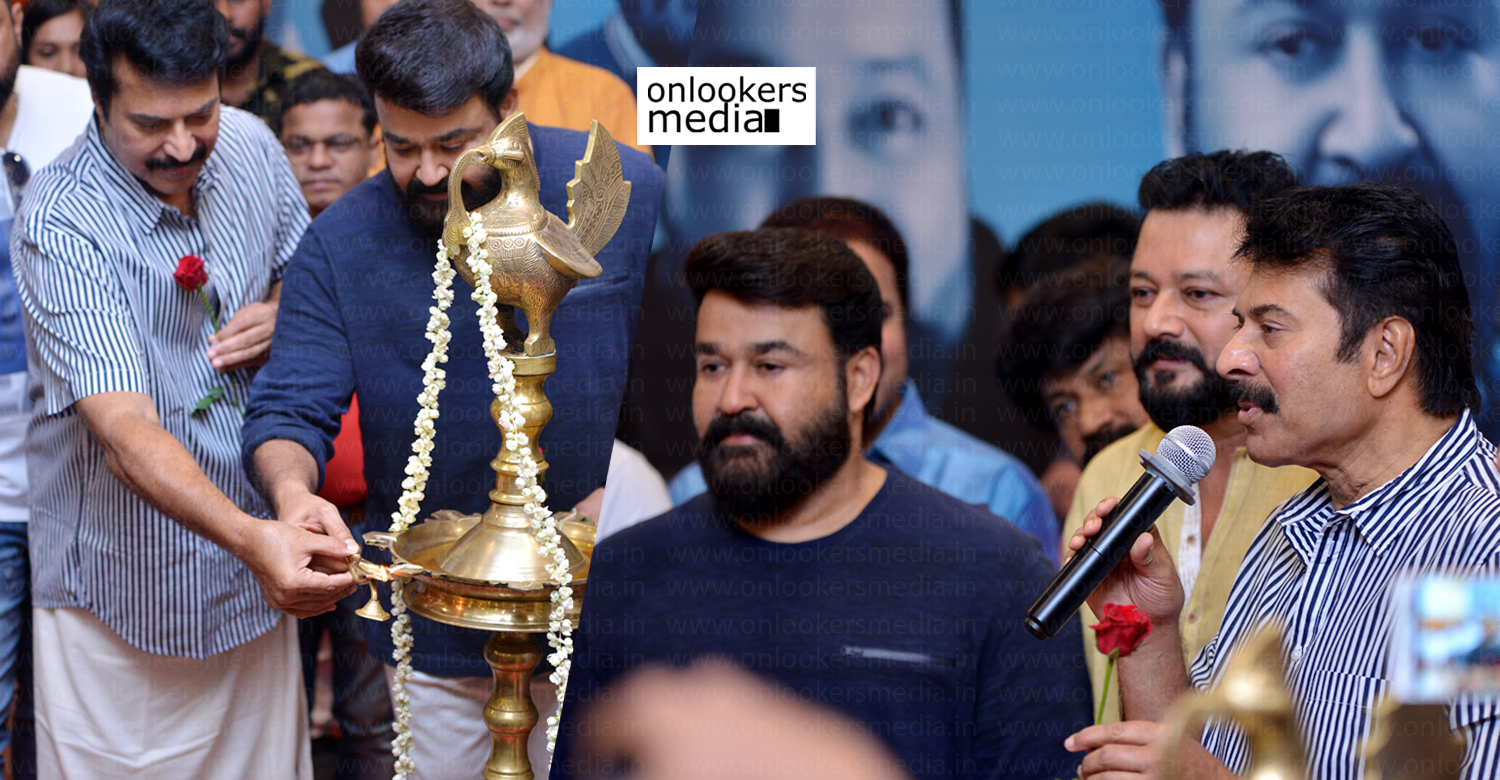 Mohanlal and Mammootty light the lamp for Jayaram’s Grand Father!

As reported by us earlier, the customary pooja function of Jayaram’s upcoming movie, Grand Father was held today in Holiday Inn, Kochi. The two big Ms of Mollywood, Mohanlal and Mammootty lit the lamp and officially kick-started the proceedings. It is only rarely that the two superstars come together for a public function. A huge crowd had gathered near the hotel premises to catch a glimpse of their beloved stars.

‘Grand Father’ will be directed by Aneesh Anwar, notable for his films like ‘Kumbasaram’ and ‘Zachariyayude Garbhininkal’. Touted to be a fun entertainer, this upcoming movie has ‘Oozham’ fame Divya Pillai and ‘Kuttanadan Marpapa’ fame Surabhi Santhosh as the female leads. Anusree will also be seen in an crucial role. If reports are to be believed, the movie will also have a guest appearance by a superstar.

‘Grand Father’ is scripted by Shani Kader. DOP Sameer Haq, music director Vishnu Mohan Sithara and art director Sahas Bala are part of the technical crew. The movie is being produced by Achicha Films in association with Haseeb Haneef and Noushad Alathoor.