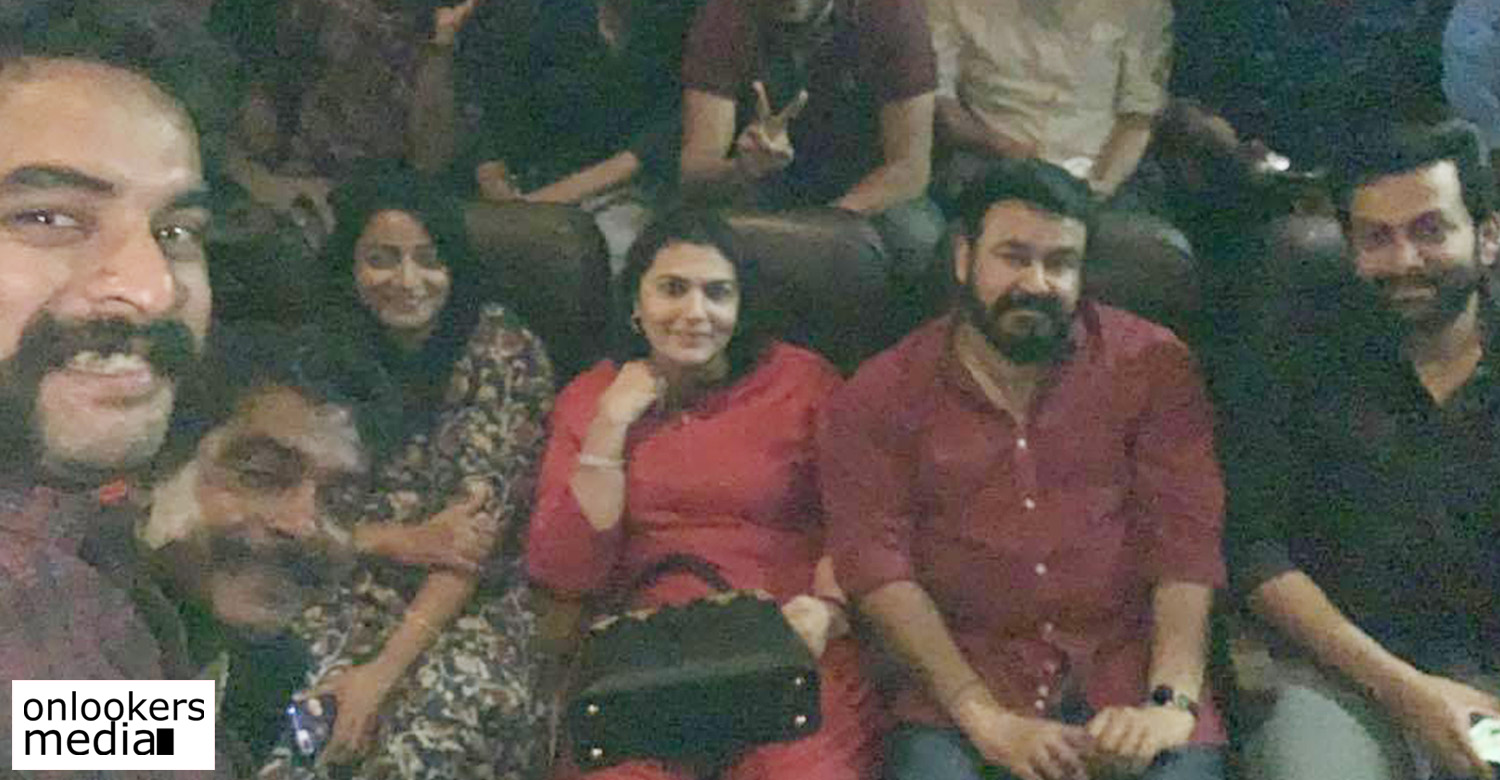 The two year long wait for ‘Lucifer’ has finally ended today. The movie has been released in over 3000 centers across the globe, which includes 400 theatres in Kerala. Specially charted fans shows have already started and the response so far has been extremely positive. Ernakulam’s Kavitha theatre, one of the premium screens in Kerala, had some distinguished guests for the fans show.

Mohanlal, his wife Suchithra, Tovino Thomas and producer Antony Perumbavoor were present for watching the movie along with the fans. It is a very rare occurrence as it is not very often that superstars like Mohanlal and Prithviraj attend an opening day fans show. This further shows the confidence that the team has on the movie.

‘Lucifer’ directed by Prithviraj has Mohanlal in the lead role as Stephen Nedumbally. Vivek Oberoi, Tovino Thomas, Indrajith Sukumaran, Manju Warrier, Bala, Nyla Usha and many others are part of the cast. Prithviraj also appears in a brief cameo role. The movie has such tremendous hype due to multiple factors. Prithviraj and Mohanlal are teaming up for the first time; Murali Gopy’s script; and the presence of such a big star cast. The trailer also heightened the expectations of the audience.

If the initial response is anything to go by, the movie is well on the way for a record breaking opening.

Kerala box office to witness a three-way clash this Vishu
It’s a clean U for Mera Naam Shaji; All set for release on April 5
To Top