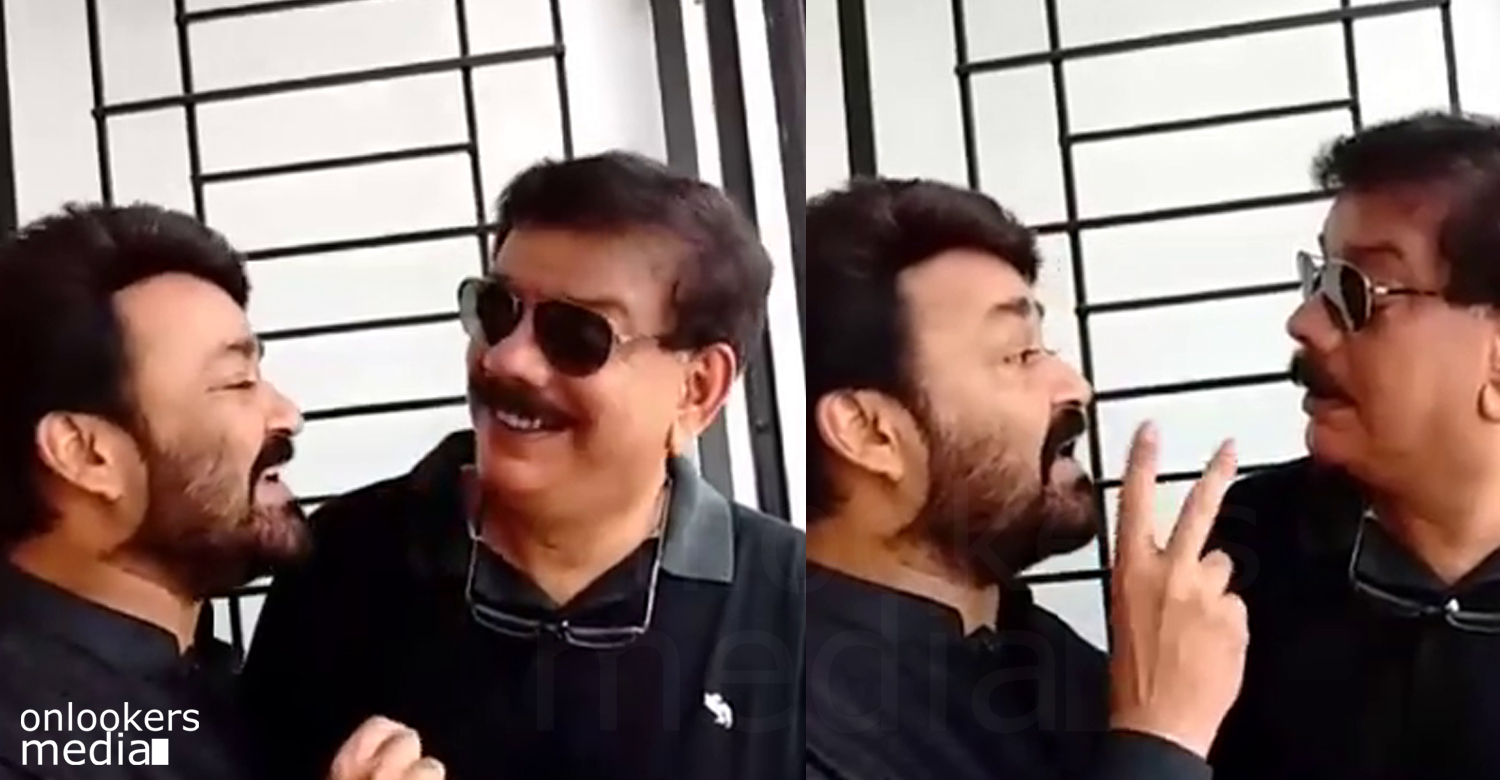 Oppam, is the upcoming Malayalam film written and directed by Priyadarshan and The Complete Actor Mohanlal is playing the male lead in this film. Mohanlal is playing a blind man in this movie and it had already got the attention of the film lovers due to this character speciality of Mohanlal. For the promotion of this movie, the team behind the film had announced a Dubsmash contest.

Anyone can send their dubsmash video to the mail Id or phone number they provided in the official page of the film. The Dubsmash will have to be based on scenes from Mohanlal- Priyadarshan team’s earlier films. The one who will be selected as winner will have a great surprise gift awaiting for him as well. As a part of this contest, Mohanlal and Priyadarshan also made a dubsmash video. Now, it has been going viral in Facebook.

Mohanlal and Priyadarshan made the video based on a scene from their evergreen blockbuster movie Kilukkam. Priyadarshan uttered the dialogues of Jagathy and Mohanlal uttered his own dialogues. Now, it has been going viral in Social Media in the name of Jagathy Dubsmash.

The film Oppam is producing by Antony Perumbavoorr under the banner of Ashirvad films and it had completed its first schedule in March. The second schedule had begun few days back and now they are shifter to vagamon for the shoot of remaining parts. The film will hit the screens as an Onam release of Mohanlal this year.