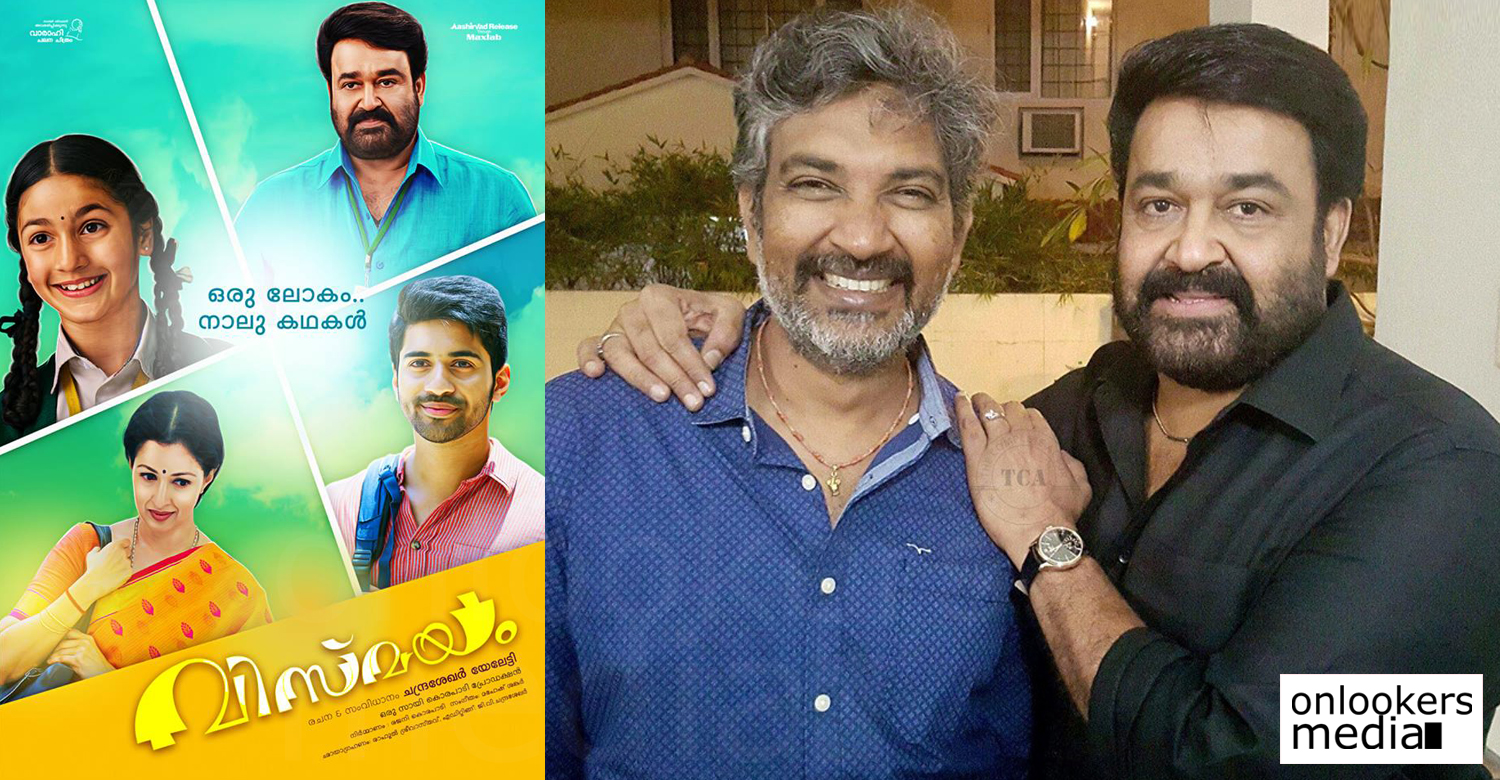 Mohanlal thanked SS Rajamouli for his appreciation for Vismayam / Manamantha

Mohanlal, once again showed the world that why he is been regarded as the finest actor we have ever seen in Indian cinema history. He had given a sterling performance as Sairam in his latest release named Vismayam, which is the Malayalam version of his first Telugu movie named Manamantha as hero. Appreciations are pouring in from all over South India. The Tamil version of the movie also got great response and it is really conquering the hearts of the audience.

Chandra Sekhar Yeleti had scripted and directed this class entertainer and Sai Korapatti produced this movie. Master director in Indian cinema, SS Rajamouli came out praising the movie and actor Mohanlal last day, through his official Facebook and twitter pages. He had praised Chandra Sekhar Yeleti and the whole cast and crew of the movie. He had described Manamantha/Vismayam as a textbook for the students who is learning cinema.

Now, Super Star Mohanlal had come out thanking SS Rajamouli for his great words of praise for this movie. Mohanlal said that the good words from people like SS Rajamouli means a lot for the whole cast and crew of the movie.

The flick is getting great mouth publicity and in Kerala the crowd increasing for the movie after each shows. It had already become a sure shot hit all across South India and Mohanlal as an actor, had made a fantabulous comeback through this flick.