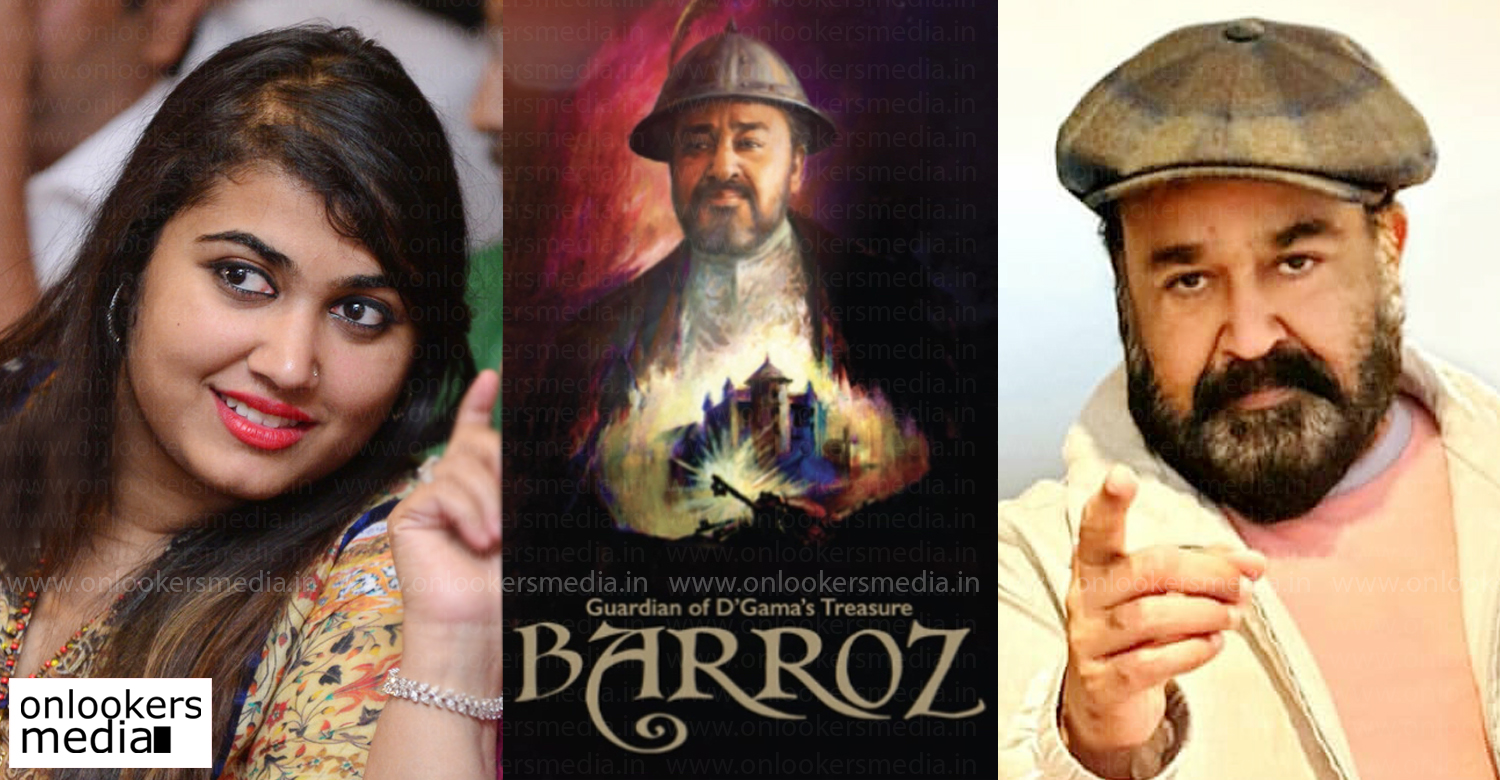 Mohanlal’s daughter Vismaya to assist him in Barroz!

Star kids entering the film industry is not a new thing in Indian cinema. In Malayalam, several star kids are making their presence felt in various departments of filmmaking. After his son Pranav’s glorious entry, superstar Mohanlal’s daughter Vismaya is also set to foray into the industry. Just like her brother, Vismaya will also be starting off her journey in cinema as an assistant director.

It is learnt that she will be assisting her father in his directorial debut ‘Barroz’. Along with her, Keerthy Suresh’s sister Revathy will also be part of the team as an AD. Revathy had also assisted Priyadarshan in ‘Marakkar: Arabikkadalinte Simham’.

After almost four decades of acting, Mohanlal is finally turning a director with ‘Barroz’, which is a highly ambitious fantasy film. Shoot was supposed to begin in June this year but due to the Covid-19 crisis, all plans had to be changed. Since it is a big scale film with several foreign actors in the cast, it will be impossible to shoot during this period. The makers will be hoping for the situation to get back to normalcy at the earliest.

‘Barroz’ is scripted by Jijo Punnoose, the visionary filmmaker who made India’s first 3D film ‘My Dear Kuttichathan’. It is the story of Barroz, a mythical figure who was the gaurdian of Vasco da Gama’s valuable treasures for 400 years. Antony Perumbavoor is producing the film under the banner of Aashirvad Cinemas.

Sreenath Bhasi and Anil Nedumangad to play the leads in Damayantiyum Sunandayum
Nivin Pauly shares a note of gratitude on his 10th year in cinema!
To Top