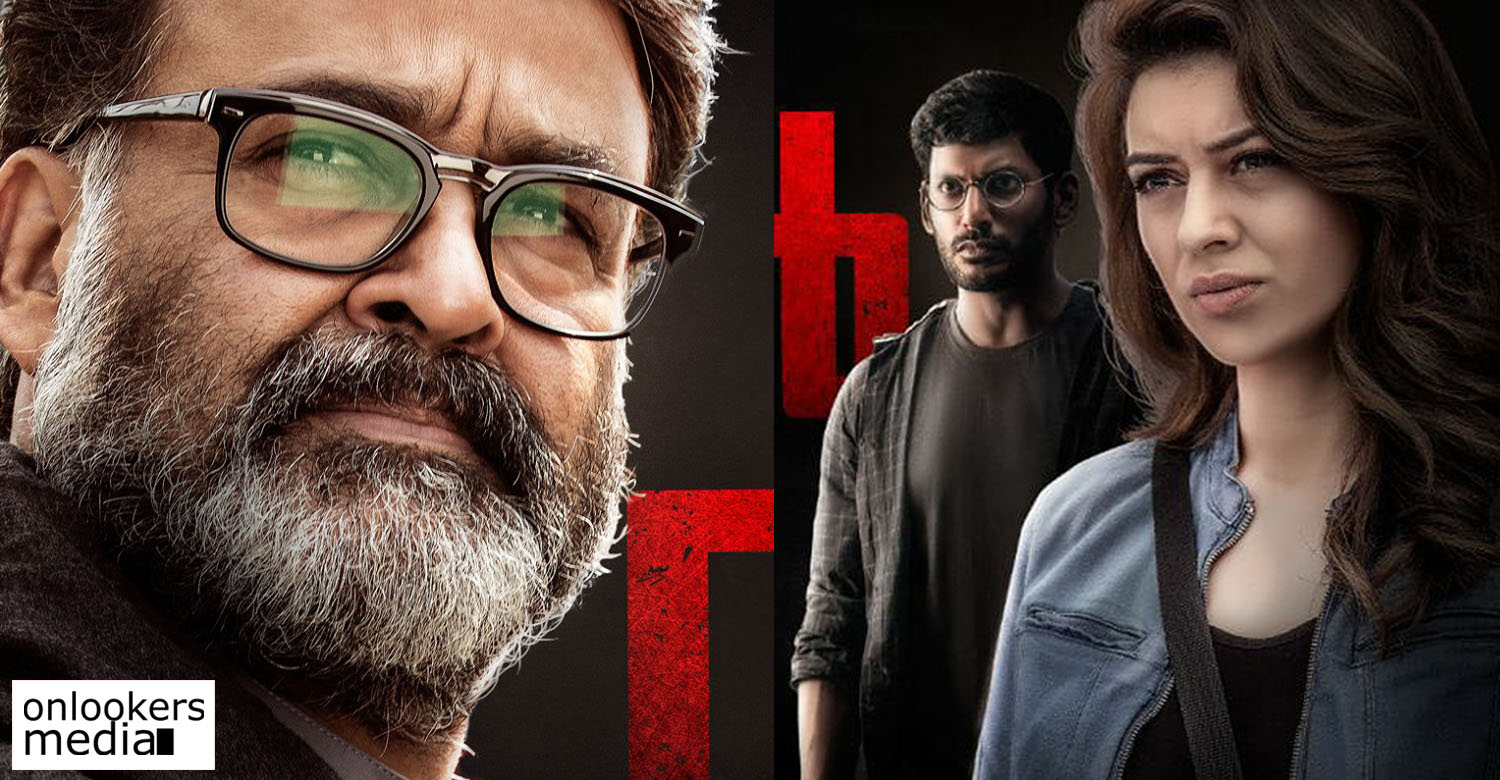 Mohanlal’s Villain is arguably the most awaited Malayalam movie of the year. B Unnikrishnan is directing this movie x touted to be a crime thriller. Popular production house Rockline Films is making their entry to Mollywood by funding this big budget movie. It has a huge star cast which includes leading actors from other south Indian languages. All these factors have clearly heightened the expectation levels of the audience.

Recently, in an interaction with us, director B Unnikrishnan had informed that Villain will be hitting screens on October 27. We have now learnt that the movie will have a simultaneous release in Telugu as well. Mohanlal has a good market in the Telugu speaking states post the success of Janatha Garage. Besides Mohanlal, Villain also has the presence of big stars like Vishal, Hansika and Srikanth who can pull non-Keralites to the theatres. This is a great move by the makers which will certainly boost the box office earnings. In Kerala, the makers are planning to release it in a whopping 300+ centres. So, a massive opening is definitely on cards for Villain.

Villain has Mohanlal playing the role of a police officer. He will be appearing in two different looks; one during his days as a policeman and the other post his retirement. Manju Warrier plays his wife’s role in the movie. Siddique, Aju Varghese, Chemban Vinod Jose and Renji Panicker are also part of the supporting cast.

Cinematography is handled by Manoj Paramahamsa and NK Ekambaram. Oppam fame 4 Musics have composed the songs while background score is done by Ezra fame Sushin Shyam. Shameer Mohammed of Charlie and Angamaly Diaries fame is in charge of the edits.