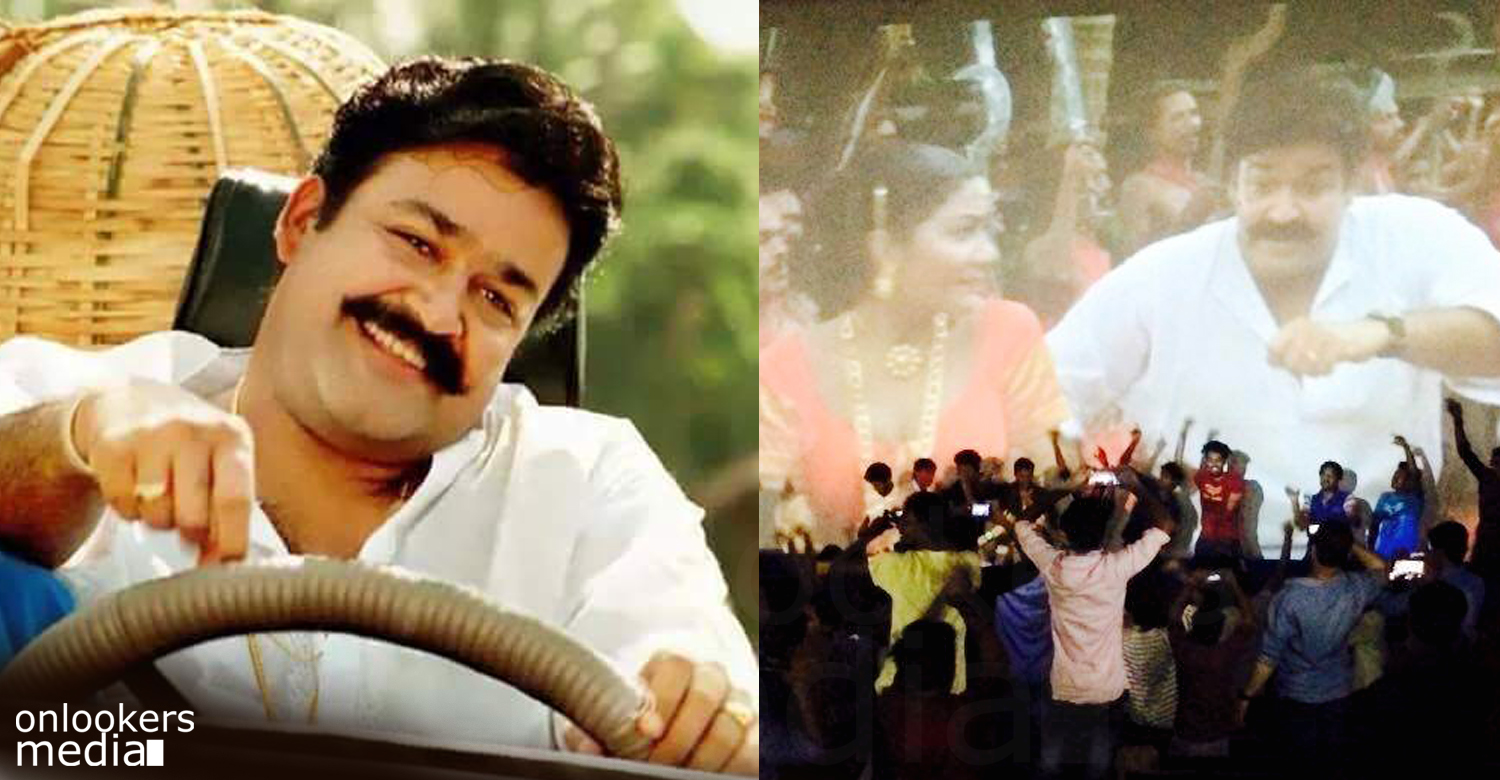 This Republic Day witnessed the re-release of the Mollywood’s biggest mass film of the 21st century. It’s Narasimham, starred by the Superstar Mohanlal. The film written by Renjith and directed by Shaji Kailas was originally released on January 26, 2000 and it is the 16th anniversary of the film today. As a part of the 16th-anniversary celebration of the film, it had released in 7 districts of Kerala, in 7 theaters with special show. And once again the film had got thunderous reception as all the theaters had got houseful show and the crowd is in a great celebration mood as well.

As per reports at some centers people are asking for extra shows as well due to heavy crowd. Mohanlal yet again showing that his name is just enough to create the ultimate mass effect in Kerala and even a film which released 16 years ago can get houseful shows all over Kerala on re-releasing. As a part of its 15th anniversary celebration, it had released in Dubai and many parts of Kerala last year as well and in all centers it was an absolute celebration.

The style and dialogues of Mohanlal in that film is still making the people to go crazy and still it is celebrating like never before. Each and every punch dialogues are the favorite of the mass here in Kerala and even the little kids of this generation is mesmerized with those dialogues and style of Mohanlal. Everywhere the film is receiving thunderous response like it got 16 years back. At that time it had ran more than 200 days and become the first ever Mollywood movie to collect 20 crore plus from box office. It was the first industry hit of Mollywood in the new Millenium.

The special shows were started at 8 am in the re-releasing centers today and unbelievable crowd was there near the theaters from early morning to watch the film. For some it is the chance to travel back to their younger days and for some it’s the chance to watch the biggest mass film of the 21st century in Mollywood on big screen, as they missed it earlier in 2000.