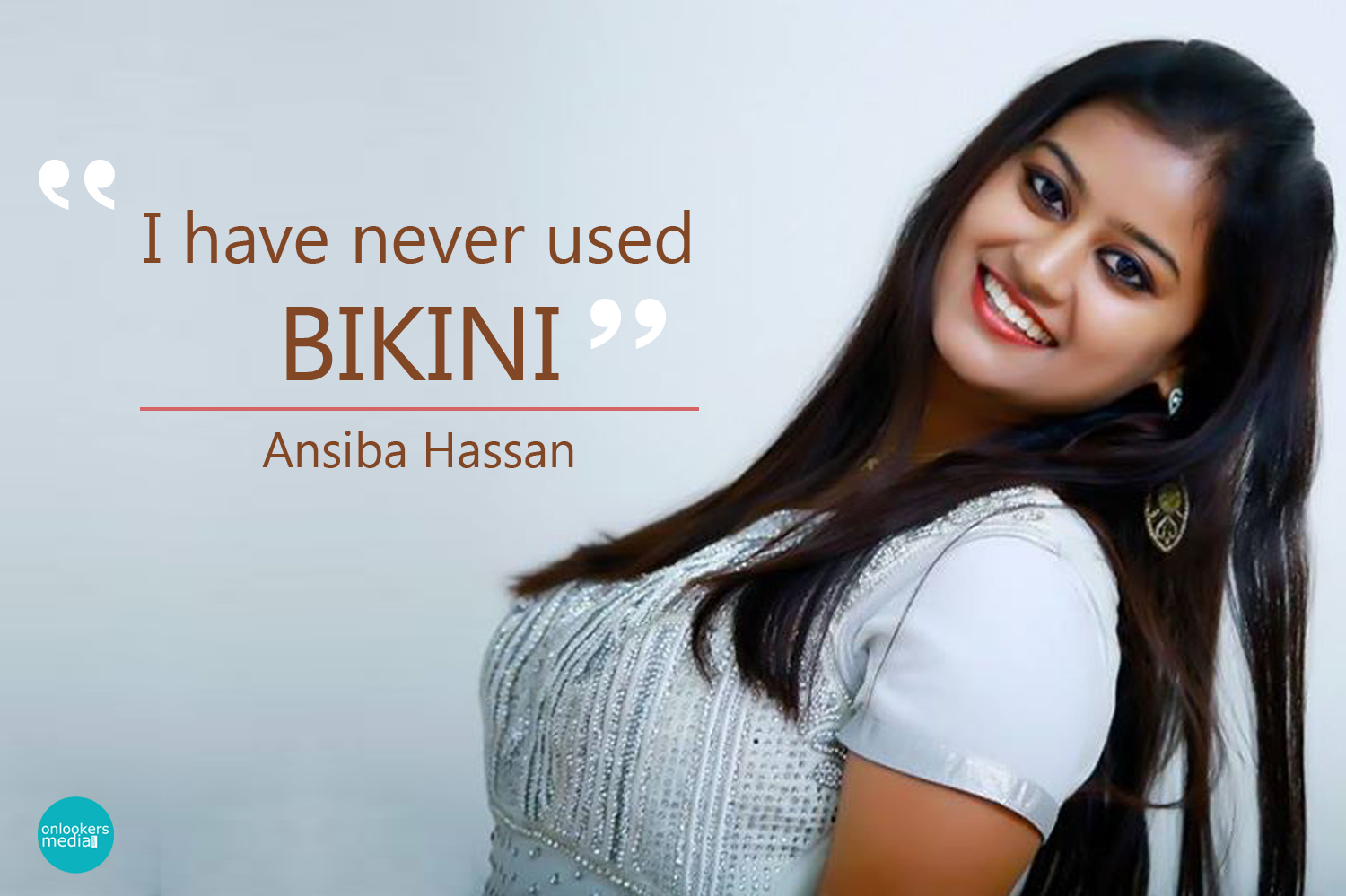 Drishyam was an epic film in Malayalam which not only opened a new realm to Mollywood, But also provided Mollywood with some good artists. It was a turning point in some artists career such as Kalabhavan Shajon and Asha Sarath. One such actress, Drishyam gave to Malayalam cinema was Ansiba Hassan, Who played the elder daughter of Mohanlal in Drishyam.

She had later acted in Tamil films and recently become a news in online medias regarding some bikini photos of her. Ansiba did some glamorous roles and may be because of that when the news and photos came that is saying it was of Ansiba’s, people seem to believe it. Now in interview to Onlookers Media , She cleared the air regarding the issue. Ansiba said that she will do glamorous roles if the character of the film demands a bit of glamour. Its for the sake of that character and film. But she will never become vulgar or never do any vulgar roles for any film and she dost not like to wear vulgar costumes or something like that.

When asked about the spreading bikini photos of her and the rumours behind it in online medias, she said when she heard that news at first she felt it like hearing a comedy. She told us that she never used a bikini in her life. In fact she does not even have one to wear and she had no intention to wear it also. She said when she saw the photos, which is claimed by the social online medias of her’s, she felt really shocked. Because that photos was of a Tamil actress named Varsha and the medias were misleading the viewers by posting that photos as of Ansiba’s. She said anyone can examine that photos closely and can understand the truth. May be the similarity of appearance between she and Varsha caused the problem. She also said that if anyone can prove that it was she who is wearing bikini in that photo, she will stop acting at that moment itself. Anyway, Ansiba Hassan is pretty clear and confident about what she says and the photo incident just could be an another example of bad media games.

Angels blessed Indrajith with his first solo hit
Rajinikanth phenomenon on the decline..?
To Top