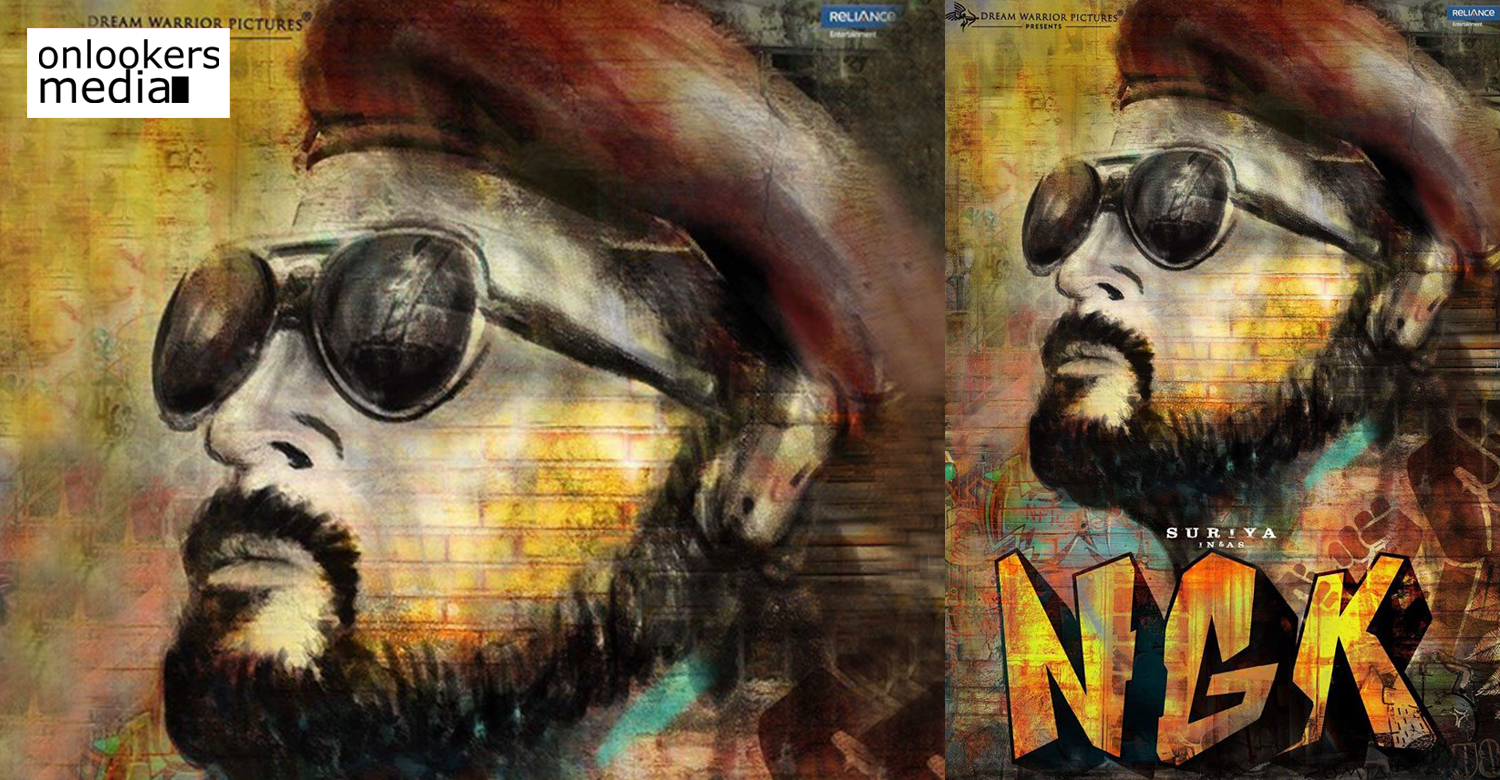 NGK: Here’s the much awaited first look of Suriya’s next!

Suriya fans have been eagerly waiting for the first look of his upcoming movie directed by Selvaraghavan. Putting an end to their wait, the makers have released the official first look through their social media handle. The movie has been titled as NGK and its poster is designed like a graffiti.

Suriya’s look instantly reminds one of the legendary Cuban revolutionary leader Che Guevera. The fist pumps in the graffiti, which was a rebellious art form used to talk about the oppressed community, gives indications of a political film. But, the makers are yet to reveal the genre or other details.

Suriya and Selvaraghavan are teaming up for the first time and the hype is naturally huge. Selvaraghavan is well known for his films like Kaadhal Kondein, 7G Rainbow Colony, Pudhupettai, Mayakkam Enna etc. He commands a huge fan following among the Tamil cinema audience. Him teaming up with Suriya is a matter of excitement not just for the fans, but for the common audience as well.

Selvaraghavan is expected to give a new make-over for Suriya in NGK. He is known for extracting the best out of his actors and so we can expect to see a never before seen dimension of Suriya. The director has also pinned high hopes on the movie. He has often said that he has not enjoyed scripting a film as much he did for this film.

SR Prabhu and SR Prakashbabu of Dream Warriors Pictures is funding NGK which is slated for a grand Diwali release this year.

Suriya 36: First look of Suriya’s next with Selvaraghavan tomorrow!
Official: Varalaxmi Sarath Kumar on board for Thalapathy 62
To Top