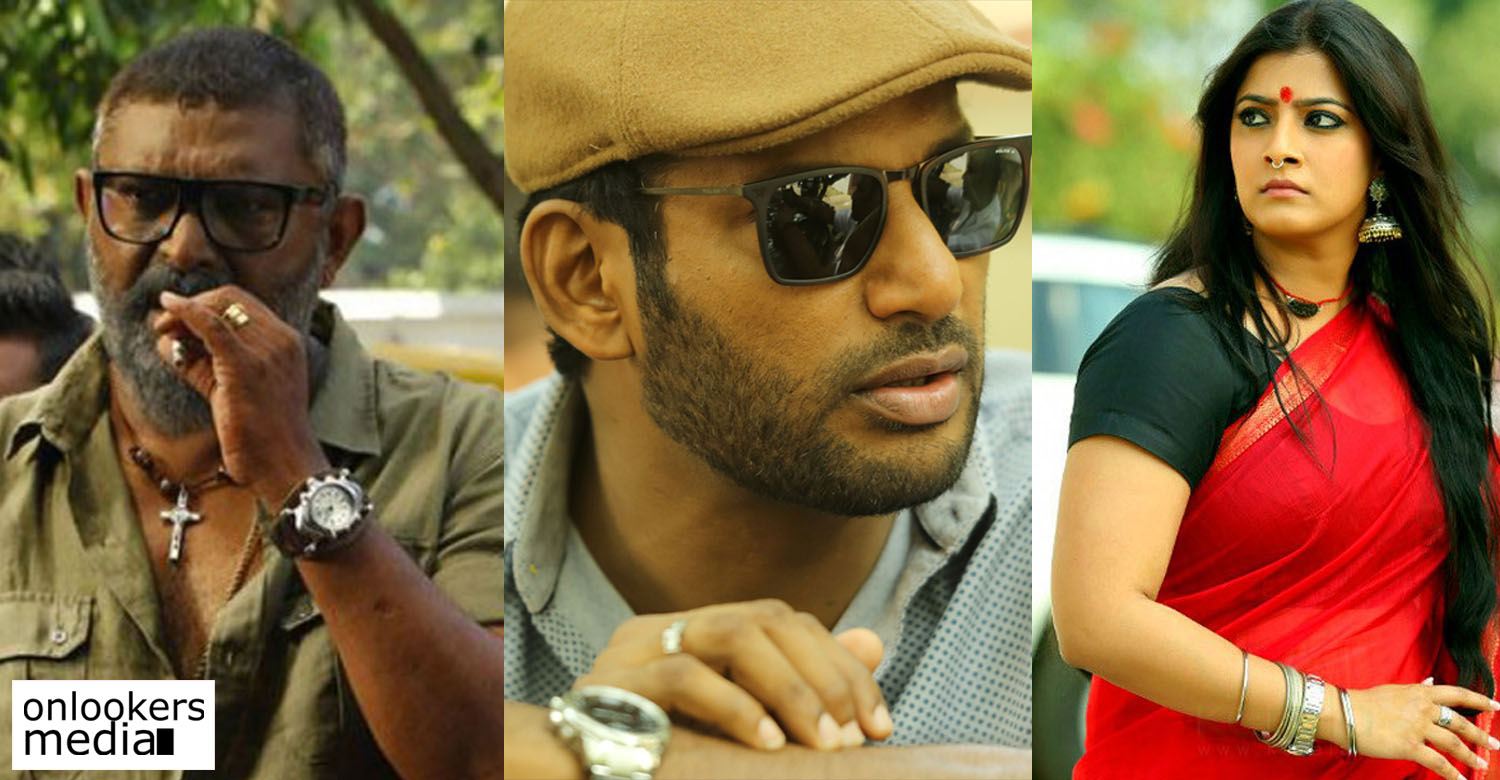 Not Lal, it’s Varalakshmi Sarathkumar in Vishal’s next movie!

Vishal is presently basking in the glory of his recent outing Thupparivalan, which has been garnering highly positive reports from the critics as well as the common audience. The busy actor has already started shooting for the sequel of his 2005 superhit movie Sandakozhi.

Shoot for Sandakozhi 2 commenced today in Chennai with a customary pooja. The sequel reunites director Linguswamy with Vishal after a decade. Raj Kiran, who played a prominent role in the first part will be reprising his role in the sequel. Keerthy Suresh has been roped in to essay a crucial role and there are also reports about Meera Jasmine being a part of the cast.

Sandakozhi was an action packed mass entertainer that had veteran Malayali actor Lal as the villain. In the sequel, actress Varalaxmi Sarathkumar will be seen as the antagonist. Reportedly, the actress has a very powerful role in Sandakozhi 2.

Yuvan Shankar Raja, who scored the music for the first is in charge of music department for the sequel as well. The film is being funded by Vishal’s own production house Vishal Film Factory.