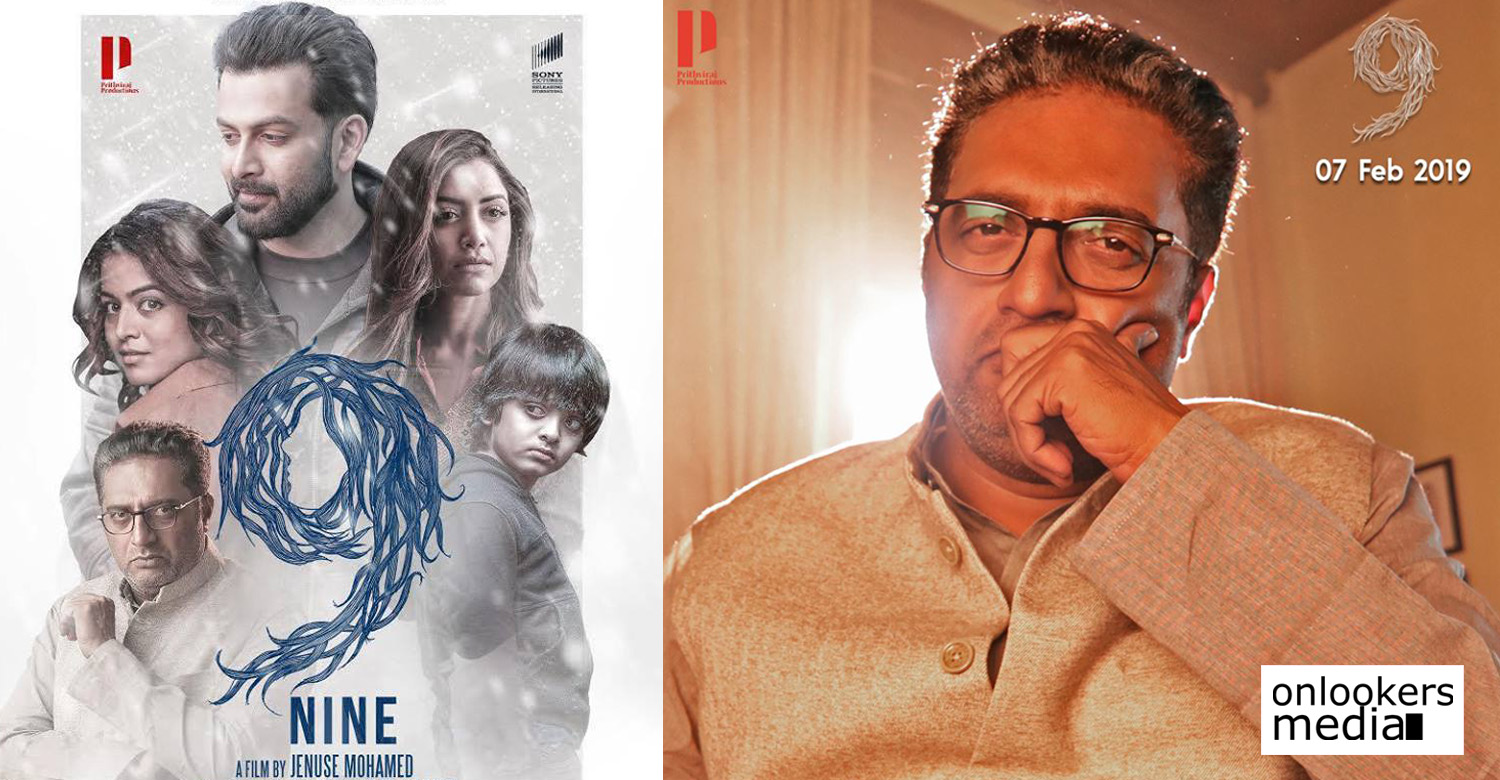 Prithviraj’s starrer ‘Nine’ aka ‘9’ is gearing up to hit screens in February 7. The movie directed by Jenuse Mohammed of ‘100 Days of Love’ fame is touted to be a science-fiction flick. Along with Prithviraj, the movie also has veteran actor Prakash Raj in a crucial role. His character introduction poster was unveiled last day. His character is named Dr Inayat Ali Khan and it promises to be a challenging role. ‘9’ is Prakash Raj’s third film with Prithviraj after sharing screen space with him in ‘Mozhi’, ‘Abhiyum Naanum’ and ‘Anwar’.

‘9’ has Prithviraj playing the lead character named Albert. ‘Godha’ fame Wamiqa Gabbi and Mamta Mohandas play the two female leads. According to Prithviraj, the movie has an emotional core that deals with a strong father-son bonding. The actor has assured that ‘9’ will offer a new experience for the Malayali audience.

While the movie gets ready for release next month, the trailer will be out online on January 9.