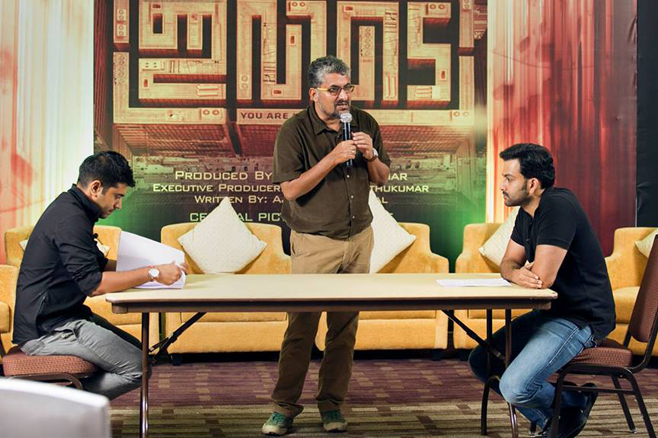 Shyama Prasad has earned the respect from fans for his audacity to come up with experimental movies. His movies deviate from the path of conventional and ordinary and travel in a path untaken by anyone. Shyama Prasad is planning a big budget movie with Prithviraj in the main role. The movie is titled Ivide and will be shot in America with the assistance from technical experts from Hollywood.

Prithviraj will play the role of Police officer in the movie. This would not be the first time Prithviraj plays the role of a police officer. He has made an everlasting impression in the minds of audiences with his incredible performances as police officer in a number of movies including Memories and Mumbai Police.  Nivin Pauly and Bhavana will join Prithviraj to play other main characters of the movie. Aju Varghese, perhaps one of the busiest actors right now will also be the part of the movie, Tamil actor YG Mahendran is the other important name to be involved in the movie.

It was heavily rumored that Fahad Fazil will team up with Prithviraj for the movie. However, it was revealed later that Fahad Fazil is not the part of the movie and that the character will be played by Nivin Pauly. There were also speculations about the main female protagonist of the movie. Nyla Usha who was seen in the recent releases like Punyavalan Agarbathis and Gangster was the name that was previously circulated for the female lea of the movie. Apparently, this is also turned out to be false as Bhavana will play the role in the movie. Prithviraj and Shyamaprasad teamed out before for the film Akale which also featured yesteryear actress Sheela and Geethu Mohanda. ShyamaPrasad had organized a workshop at Kochi for the cast which the cast had enthusiastically attended and they will start shooting the movie on November. The script of the movie is arranged by Ajayan Venugopal and the finance department is managed by Dharmik Banners. The estimated production cost of the movie is around 9 Crores. The movie is considered to be a crime thriller paired with romance.

As per the latest reports the movie will have its release in February. With Shyama Prasad does not seem to view the movies in commercial perspective doing a big budget movie, it would be interesting to see how he deals with this big budget movie. But we are certain to get yet another one of a kind movie from the creative genius.