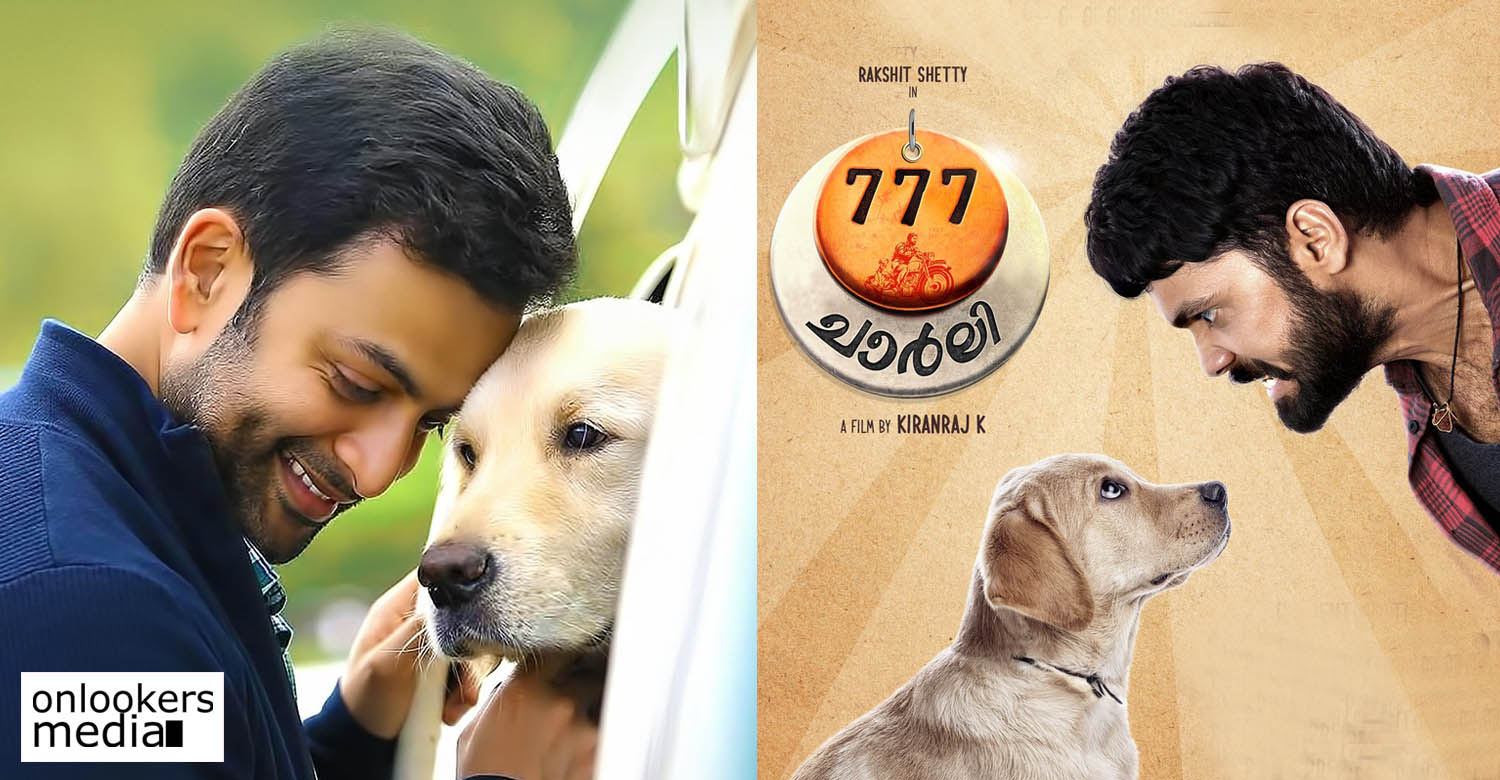 Actor Prithviraj Sukumaran’s banner Prithviraj Productions has bagged the Malayalam distribution rights of Kannada star Rakshit Shetty’s upcoming film ‘Charlie 777’. Directed by debutant Kiranraj K, it is a highly anticipated film among cinephiles. Prithviraj also seems to in awe of the film. He announced about acquiring the rights with a social media post which reads,

I’ve had the privilege of seeing a lot of footage from this film. I cannot tell you how happy we at
Prithviraj Productions are to be associating with something so heartwarming in content and truly mind blowing in its execution!

‘Charlie 777’ is about a heartwarming bond between a man and his labrador dog. Rakshit plays the protagonist Dharma, who is stuck in a rut with his negative and lonely lifestyle and spends each day in the comfort of his loneliness. A pup named Charlie who is naughty and energetic which is a complete contrast with Dharma’s character enters his life and gives him a new perspective towards it.

‘Charlie 777’ also stars Bobby Simha, Sangeetha Sringeri, Raj B Shetty and Danish Sait. Apart from the original Kannada and dubbed Malayalam version, it will be releasing in Tamil, Telugu and Hindi languages as well.