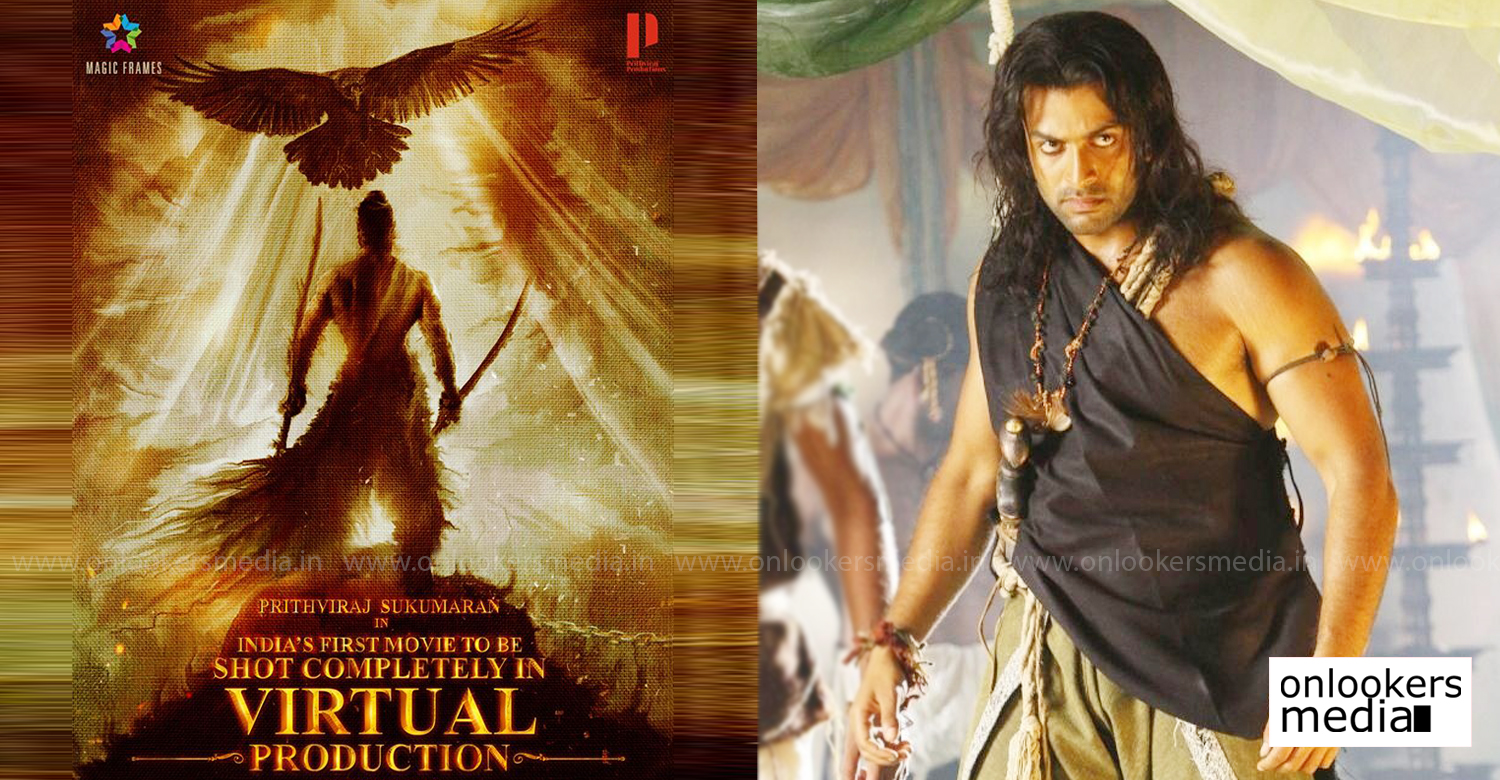 Prithviraj to star in India’s first movie to be shot completely in virtual production!

Today, on the special occasion of Malayalam New Year, actor Prithviraj Sukumaran has made a huge announcement regarding his new project. He will be starring in India’s first movie to be shot completely in virtual production. From a poster shared by Prithviraj, we presume that it is a period-film. It is conceptualized and directed by Gokulraj Baskar. Prithviraj Productions along with Listin Stephen’s Magic Frames is producing the film, which will be made in Malayalam, Tamil, Kannada, Telugu and Hindi languages.

Announcing the project, Prithviraj wote in his social media handle,

This is an exciting new chapter in the art and science of film making! So looking forward to this one! Changing times, newer challenges, innovative methods! And an epic story to tell! 😊❤️ Stay tuned for updates!
#PrithvirajProductions #MagicFrames #GokulRajBaskar

Prithviraj meanwhile has several other promising projects lined up. The action-epic ‘Kaaliyan’, ‘Vaariyamkunnan’ with Aashiq Abu, ‘Kaduva’ with Shaji Kailas, ‘Ayalvaashi’ with Irshad Parari’, ‘Karachi 81’ with KS Bava and ‘Railway Guard’ with Deepu Karunakaran are some of his already announced films.