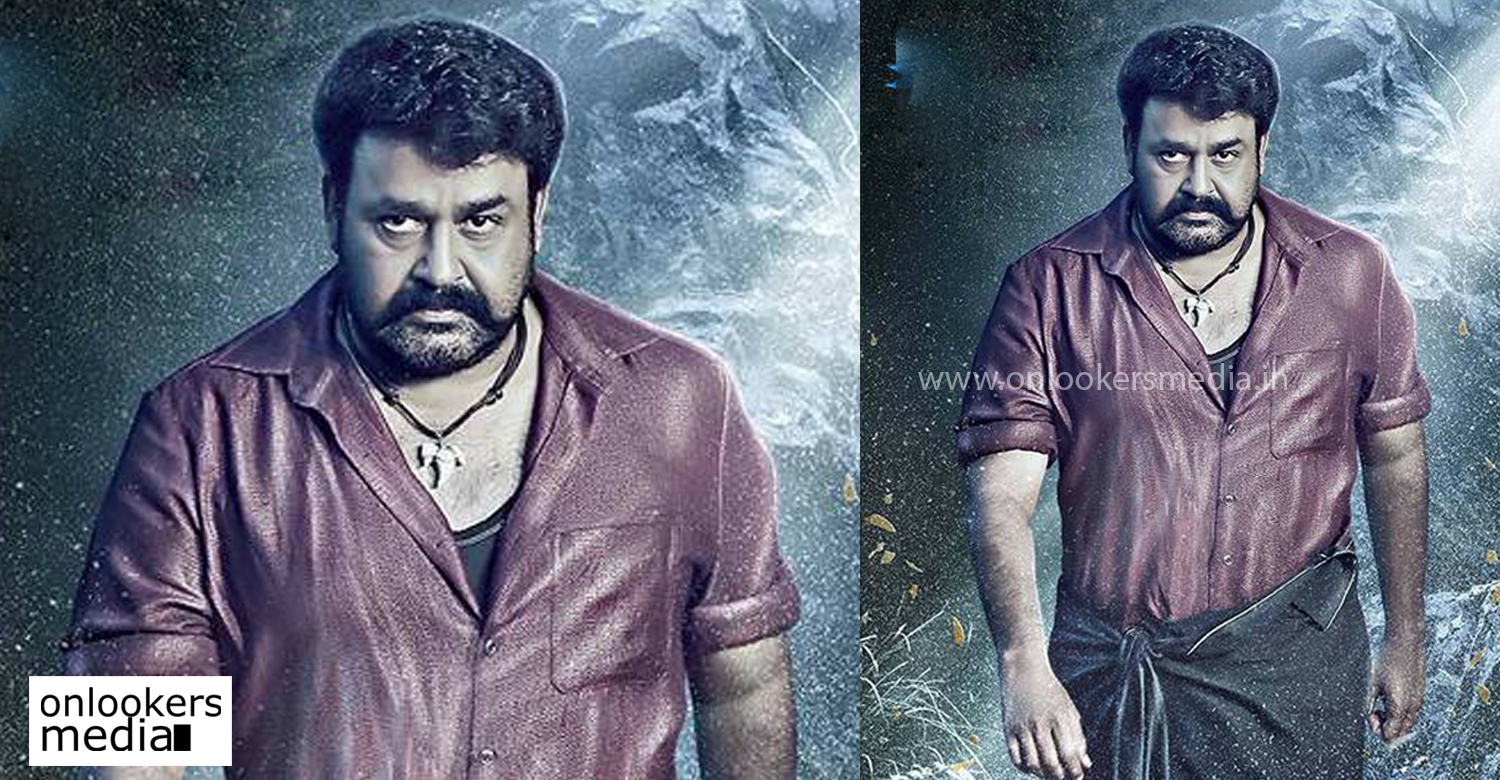 The most awaited and the most hyped Malayalam movie of this year, Puli Murugan starring Mohanlal, the biggest star in M- town is all set to grace the screens on the 7th October this year as Pooja release. This film directed by Vysakh and written by Udaya Krishna is now completing its post-production works in rapid pace.

The new poster of this mass action adventure movie has been released today and Director Vysakh had said in his Facebook page that the trailer of the movie will also release before this Onam. The film will have a big release here and most probably the biggest ever release for a Malayalam film till now. The film will have Tamil and Telugu dubbed versions as well.

Mohanlal now has huge popularity in Andhra and Telengana as his two Telugu movies named Manamantha and Janatha Garage had become successes there. His previous Telugu release named Janatha Garage in which he played the lead along with Jr NTR, had already crossed 100 crore in box office and it was his first ever 100 crore movie. People of Andhra is all set to form fans association for him there.

This film Puli Murugan is produced by Tomichan Mulakupadam under the banner of Mulakupadam films and Peter Hein had composed the fight sequences in it.