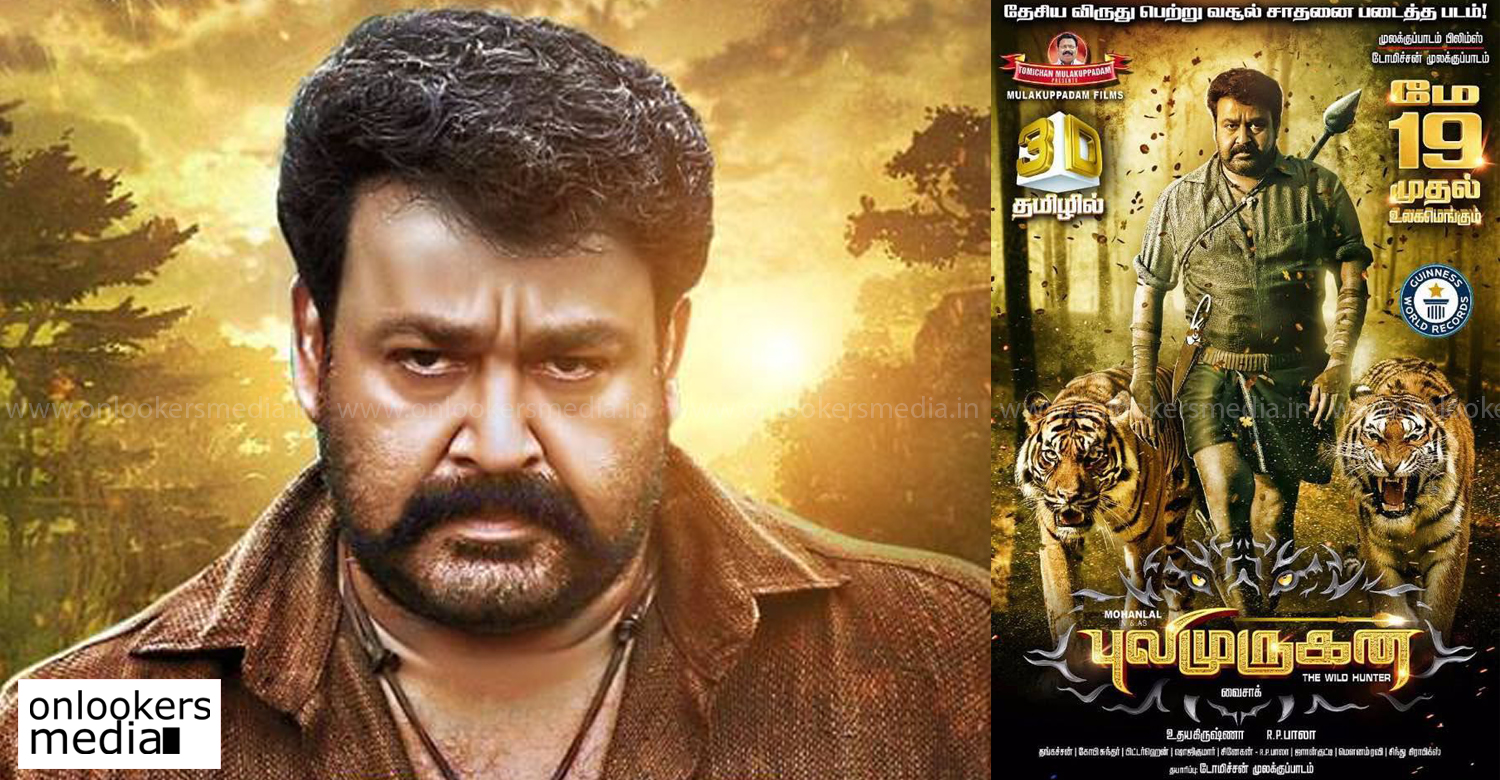 Pulimurugan 3D Tamil version to release on May 19

After shattering multiple records in Mollywood, Mohanlal’s Pulimurugan is now being released in Tamil. The movie’s Tamil dubbed version is all set to release on May 19. Interestingly, the Tamil verison is releasing in 3D format.

Mohanlal himself has dubbed in Tamil for the movie. Pulimurugan 3D recently entered the books of Guinness world records for the biggest screening of a 3D film. The screening was attended by nearly 20,000 viewers on April 12 at the Adlux Convention Center in Angamaly. It toppled the previous record held by Hollywood movie Men in Black 3, which was viewed by 6,819 fans at Berlin’s O2 World.

Pulimurugan is currently the highest grossing Malayalam movie of all time having done a worldwide business of over 150 crores. It was dubbed and released in Telugu as Manyam Puli. The movie was received well by the Telugu audience and registered a business of over Rs 10 crores.

Pulimurugan has an universally appealing story about man vs wild. So, it will be easy for audience regardless of the language to connect with the movie. Mohanlal’s amazing action sequences and the scenes involving the tigers are the USP the movie.

Pulimurugan, written by Udhayakrishna was directed by Vysakh. Tomichan Mulakupadam produced this big budget movie under the banner Mulakupadam Films.