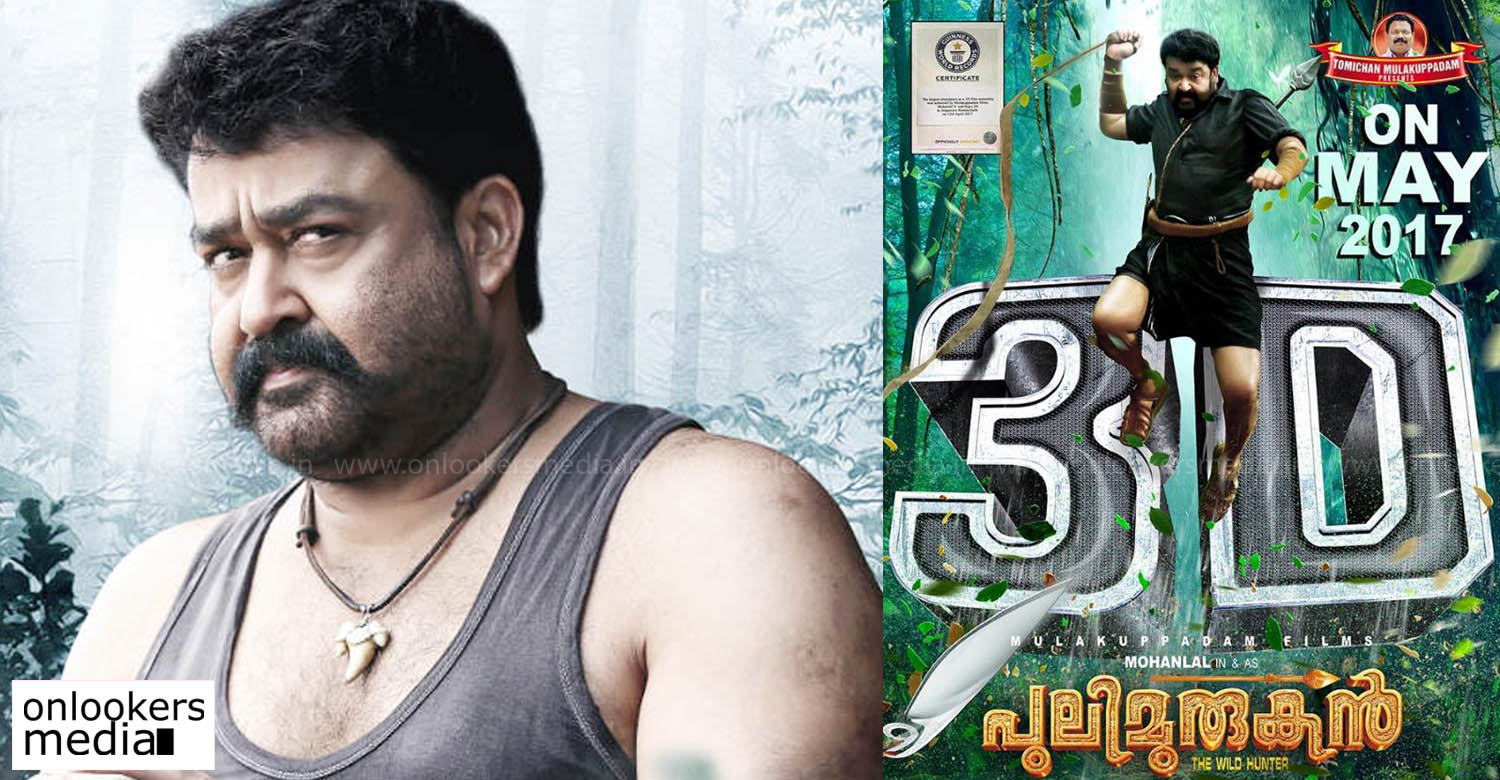 Pulimurugan is coming back; 3D version eyeing a wide release

Mohanlal created history last year in Malayalam cinema with the action packed mass entertainer Pulimurugan. The Vyskah directorial released for the Pooja holidays last years went on to shatter all pre-existing records for a Malayalam movie.

Now, the movie is a coming back in an upgraded 3D version. Pulimurugan 3D is scheduled to release this month. The Tamil 3D version is also releasing this month. Mohanlal himself has dubbed in Tamil for the movie.

Pulimurugan 3D recently entered the Guinness world record books for the biggest screening of a 3D film. It was screened to nearly 20,000 viewers on April 12 at the Adlux Convention Center in Angamaly. Pulimurugan pipped the previous record held by Hollywood movie Men in Black 3, which was viewed by 6,819 fans at Berlin’s O2 World.

Pulimurugan, the only Malayalam movie to cross the 100 crore mark did a worldwide business of over 150 crores. The movie deals with an universally appealing subject about man vs wild. So, it will be easy for audience regardless of the language to connect with the movie. Mohanlal’s amazing action blocks and the stunning involving tigers are the USP of the movie. It will be an incredible experience to watch the already magnificent visuals in 3D format. Let’s and wait see if the movie is able to create some waves in the box office.

Prabhas turns down around 6000 marriage proposals to concentrate on Baahubali
I don’t compare myself with my father: Dulquer Salmaan
To Top