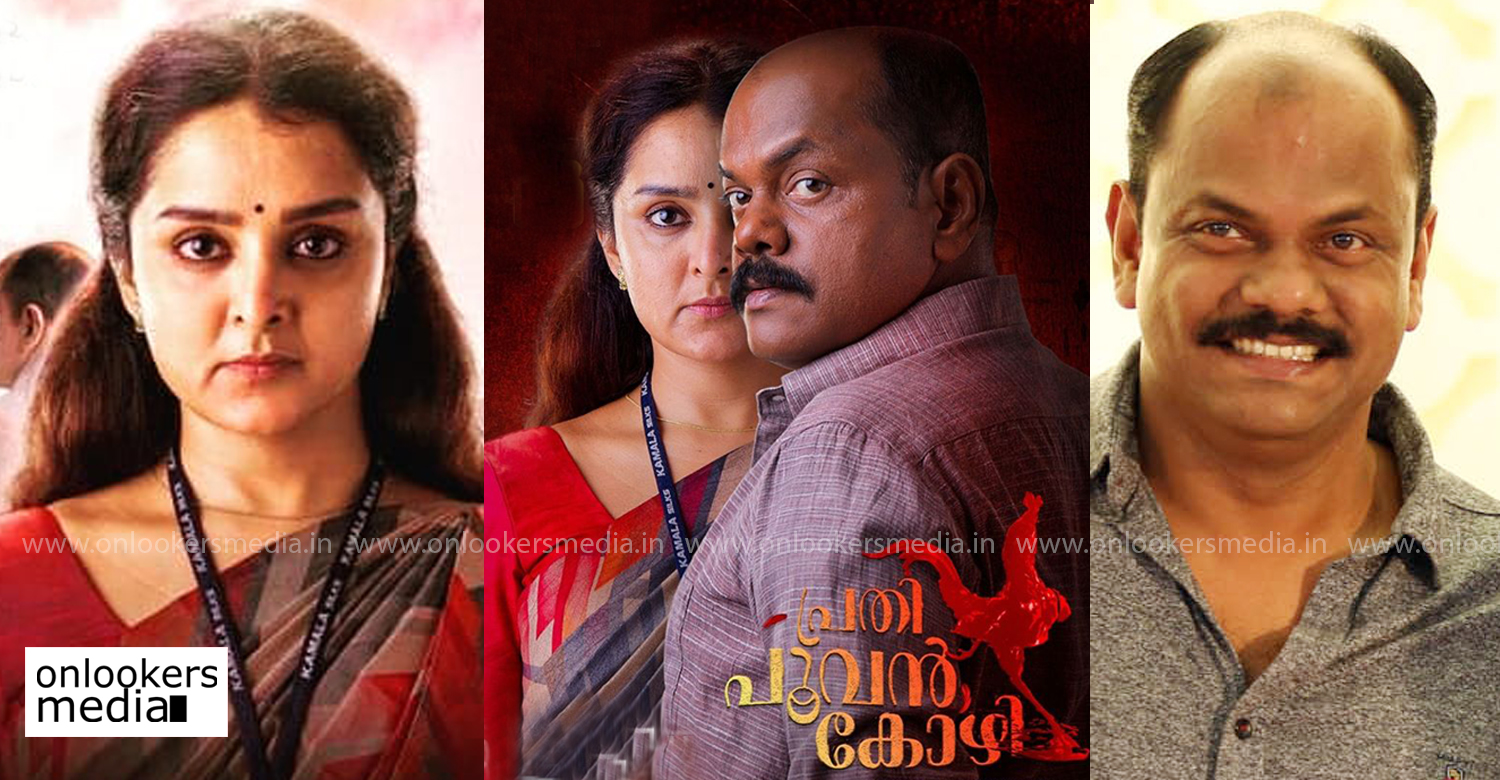 After the blockbuster success of ‘Kayamkulam Kochunni’, director Rosshan Andrrews is back with ‘Prathi Poovankozhi’ starring Manju Warrier in the lead. The film also marks Rosshan’s acting debut as he plays the main antagonist. In a recent Facebook post, the director assured that audience will love this film. So far, the promos released have all been highly promising.

‘Prathi Poovankozhi’ is scripted by Unni R. From the trailer, the film looks like a thriller with Manju Warrier and Anusree playing sales girls in a textile shop. Rosshan plays the villain character named Antappan. If the promos are anything to go by, there seems to be a certain mass factor in Manju’s character.

‘Kumbalangi Nights’ fame Grace Antony, Saiju Kurup, Alencier Ley Lopez and ‘Marimayam’ Sreekumar are also part of the cast. G Balamurugan is the cinematographer and Gopi Sunder handles the music department. Veteran Sreekar Prasad is the editor. The film is being produced by Gokulam Gopalan under the banner of Sri Gokulam Films.

‘Prathi Poovankozhi’ is scheduled to hit screens on December 20. At the Christmas box office, it will be competing with the likes of ‘Valiya Perunnal’, ‘Thrissur Pooram’, ‘My Santa’ and ‘Driving Licence’.