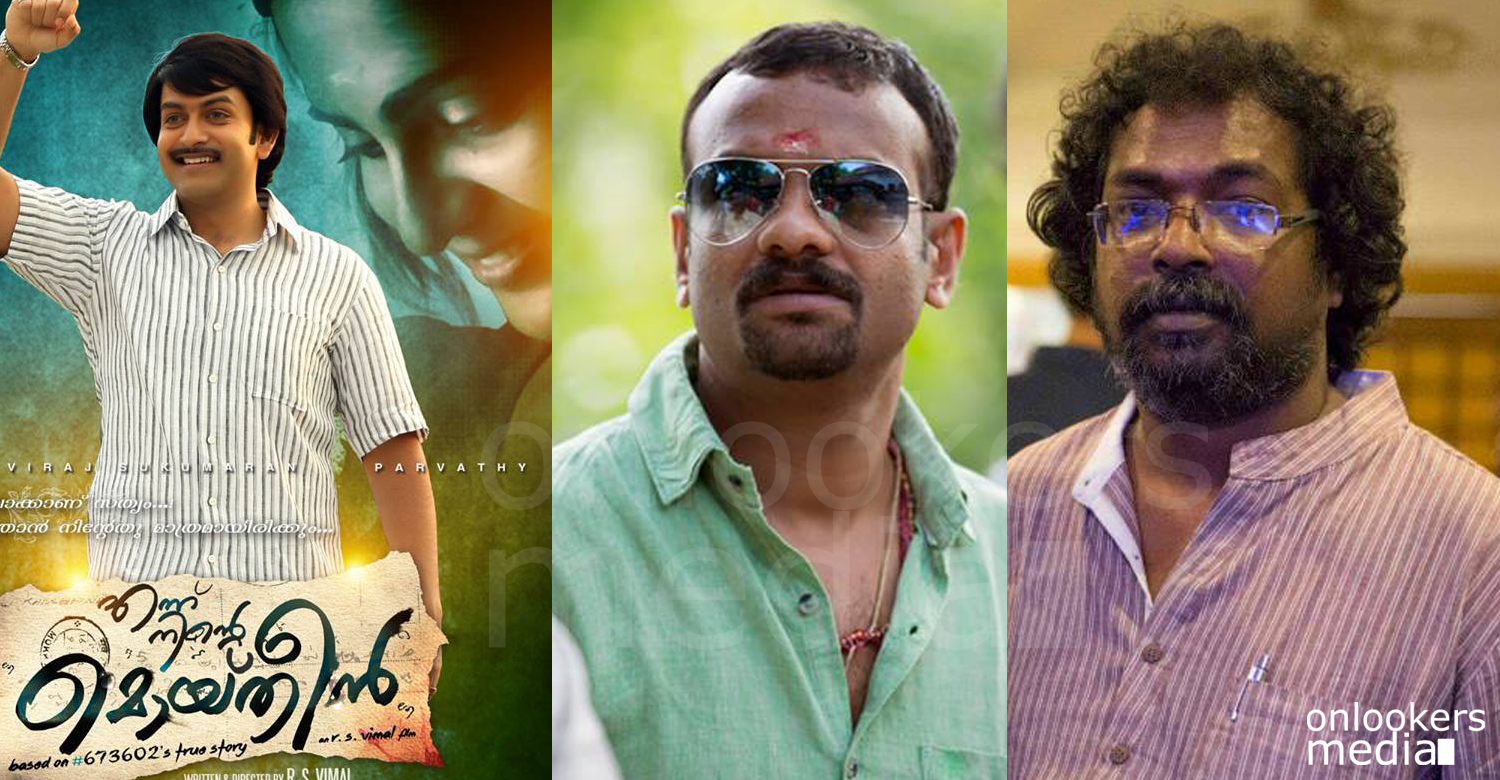 RS Vimal has no clue about what cinema is, says Chief Associate Director Rajan

The Ramesh Narayan-RS Vimal-Prithviraj controversy is going on and on and now some new characters are making their entry in to this issue as well. You all know what was really the issue, that happened between Ramesh Narayan and RS Vimal. After winning the state award, Ramesh Narayan had accused Prithviraj for removing his songs from the film Ennu Ninte Moideen and also said that RS Vimal supported Prithviraj in this insulting behavior to Ramesh. But RS Vimal come out and said that Ramesh Narayan is telling all sorts of lies and putting forward some cheap arguments.

Then Ramesh Narayan last day come out and said that RS Vimal knows nothing about cinema and direction and it is because of his mercy that the producer got ready to make a film with RS Vimal as the director. Now, the chief associate director of RS Vimal, Rajan, had come out and said the same. He said that RS Vimal is one who had no clue about what cinema really is. Ennu Ninte Moideen is the result of his efforts along with team. It is not the creation of RS Vimal.

RJ Rajan said that he and his associates had shot the film fully and even after doing all that for RS Vimal, he had cheated them by not giving their remuneration. Rajan is a busy Chief associated director in Kollywood. He along with his companions like Vishnu Anand and Manohar etc had prepared the digital story board for Ennu Ninte Moideen. Starting from there, they had even done the shooting script, light, camera angle etc as well for the shoot of the film. RS Vimal knows nothing about film making and they had helped him to complete the film by standing with from beginning to the very end with all their help.

But still he did not gave them the remuneration for their work and he even not got ready to pay back 3 lakhs rupees he borrowed from a friend of Rajan. Rajan also said that Vimal had made some frauds regarding the budget of the film as well. Rajan says he will reveal all the things related to Vimal’s cheating but only after sometime because Rajan is planning to do a film in Mollywood in the near future.