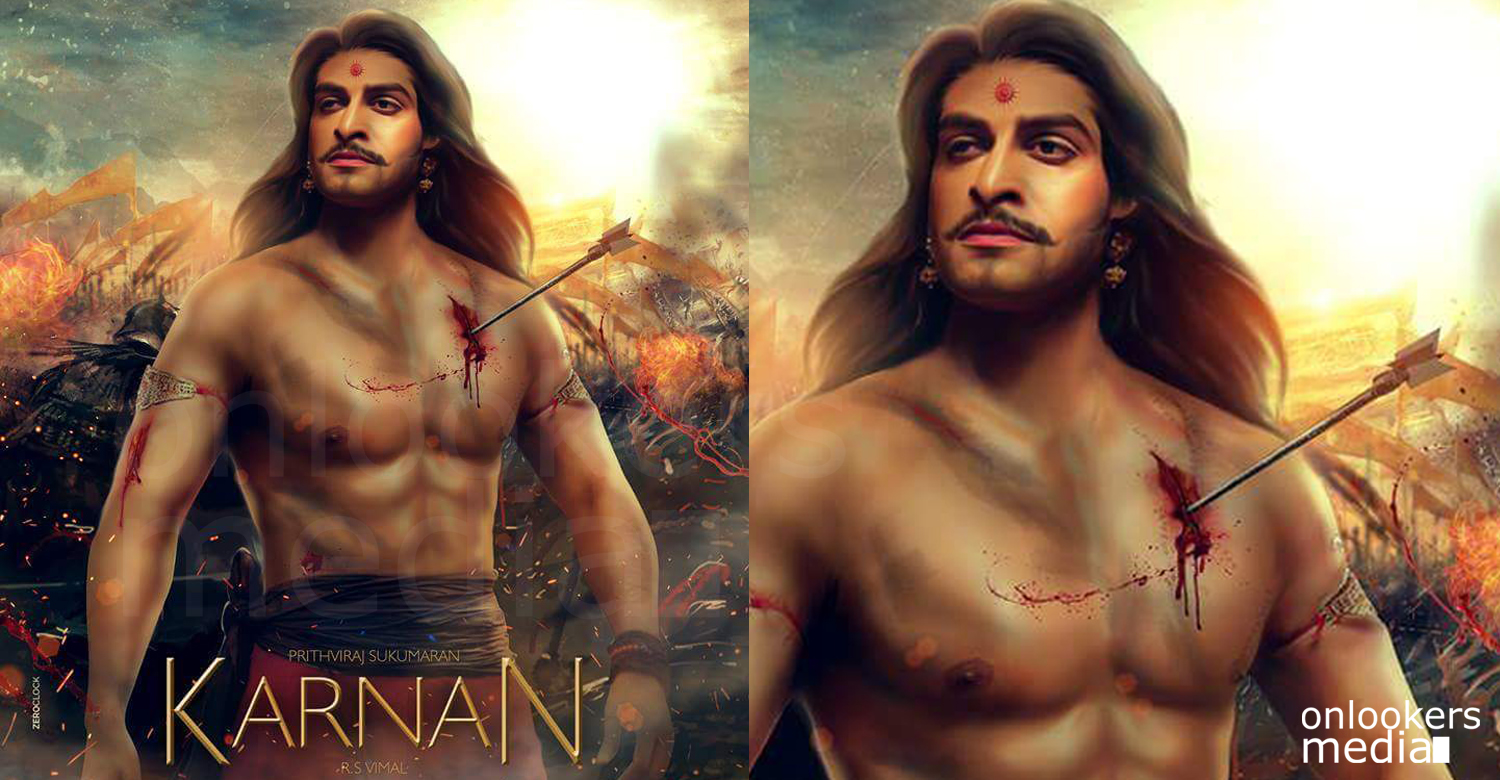 Prithviraj-RS Vimal’s Karnan will be the biggest budget film ever made in Malayalam !

The epic character from Mahabharatha, Karnan, is really trending now in Mollywood. At first it had made news by the announcement of Prithviraj-RS Vimal film and the motion poster which released along with the launch. Then another news came that Mega star Mammootty is also going to play the character Karnan in another Mollywood film which will be directed by Madhupal and scripted by P Sreekumar who is a popular actor and director as well. That film said to have been made use of 50 crore budget and it needs a 100 days shoot as per the early estimates by the team. But Prithviraj’s Karnnan will be the biggest ever film made in Malayalam cinema history as per the latest report.

Director RS Vimal said that the report of the 45 crore budget of Karnan is completely fake. They had not set any particular budget limit to make the film. But they are all set to make it in the maximum perfection it can get. They are making it in Malayalam, Tamil and Hindi languages and will have a world wide release of 2000 screens all over. The crew of the film will have many popular technicians from all over the country and from outside as well. The DOP of this film will be done by Senthil Kumar, who was the DOP of Bahubali, Eega, Magadheera etc. R S Vimal said that the film will have great actors from Malayalam, Hindi and Malayalam languages.

He said that it will cater the tastes of all kinds of audience as it will have war sequences as well as scenes with emotional flavor. He said that just like his first film Ennu Ninte Moideen he will start the filming after great preparations like story board and all that. The film have great importance for VFX and the producer is all set to give whatever the film needs. Venu Kunnappilly is producing this film under his banner named Kavya Films and it’s his first production venture.

Venu Kunnappilly is producing this film under his banner named Kavya Films and it’s his first production venture.

Mammootty can be proud of his son Dulquer Salmaan, says Balachandra Menon
Cochin Haneefa ’s wife reacts about the news that coming in social media
To Top